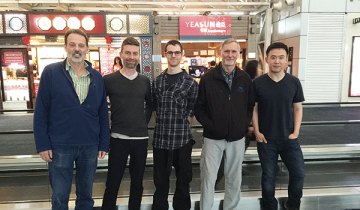 Since the 1970s, the living plants collections of the David C. Lam Asian Garden have grown through the botanical fieldwork of an international network of explorers. My predecessor, Peter Wharton, participated in over 15 expeditions throughout Asia. I h 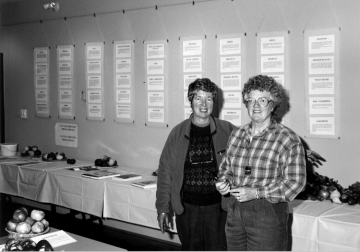 There was a day not so long ago that you weren’t able to find Pink Lady or Ambrosia apples in your average grocery store in Vancouver. If you couldn’t make your way to Granville Island, or trek to a grower in the Valley, you only had the pick of very few apples available in grocery stores. UBC Botanical Garden’s Apple Festival helped change that. 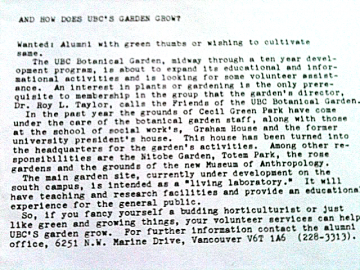 Today, there are approximately 150 active members of the FOGs. They play a critical role in as ambassadors to the garden, fundraising and generating new membership for the Garden through their organizing efforts behind key Garden events such as the Apple Festival, the operation of the Shop in the Garden, and much more. Learn more about their history. 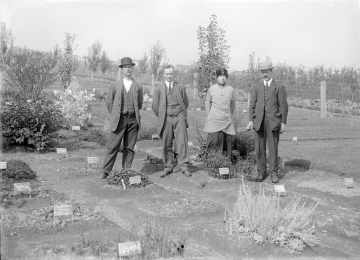 In 1916, the closure of the Office of the Provincial Botanist led to the relocation of thousands of plants and shrubs. John Davidson, BC’s first provincial botanist and director of the Garden, Mary Jane Gruchy, I. Van der Bom, and James A. Wattie hauled thousands of plants and shrubs on a 40-kilometre trip from the original Essondale location of the botanical garden in a truck on rough roads to UBC’s Point Grey campus. At the time, the Point Grey campus only had three buildings, with classes taking place in the Fairview neighbourhood where Vancouver General Hospital now stands. From his office on Pender Street in Vancouver, Davidson began his work. 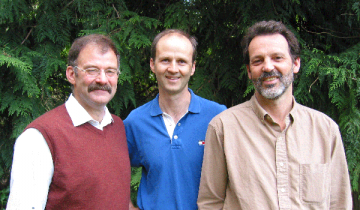 Walk down almost any path in UBC Botanical Garden’s Asian Garden and you’re experiencing the living legacy of Peter Wharton. As you explore the signature garden named for David C. Lam , you may find yourself thinking about how natural it feels, as if the maples and rhododendrons have always grown there together. That was Wharton’s intention. 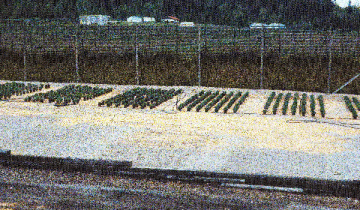 In the mid 1980s and in partnership with Agriculture Canada (today called Agriculture and Agri-Food Canada), UBC Botanical Garden explored British Columbia helping to make comprehensive collections of Fragaria chiloensis (the beach strawberry) for breeding work. The resulting germplasm (genetic resources) was, and continues to be, used to develop new cultivars of strawberries with pathogen resistance for industry. 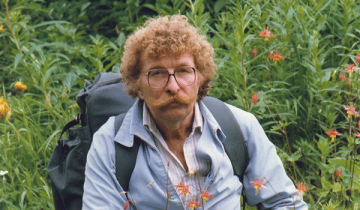 Al Rose was the first curator-horticulturalist of the Native Garden and a prolific collector of BC’s native plants. Between 1975 and 1979, Rose collected approximately 1000 specimens per year for the British Columbia Native Garden in order to establish the collections. 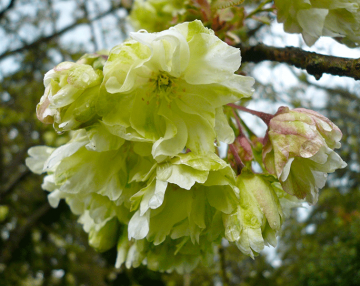 March, you say? You’d be excused if you thought this was April. Very much in the same vein as 2015, spring has come exceptionally early to the southwest coast. Barring a sudden cold snap, March is on track to be a spectacular month for flowers and early growth in the Botanical Garden. Perhaps most famously, the Garden has significant collections of magnolias and rhododendrons, both groups well-budded and promising to put on a magnificent show this year.

The Food Garden at UBC Botanical Garden is thought to be one of Vancouver’s oldest food demonstration gardens. Its design and development in the 1970’s at a central location in the Garden showed foresight into the local food movement and now has the potential to serve as a focus for urban agriculture. Today, Vancouver supports a vibrant food culture that is quickly becoming a global food and sustainability tourism destination. As the Garden moves towards its 100th year, we are developing programs and infrastructure to engage the public in food systems thinking. 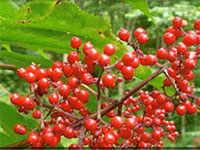 This summer, being particularly sunny and hot, has been spectacular for fruit production. One group of plants that has benefited is the elderberries.