Covid-19 update: Masks are mandatory in indoor spaces at UBC, including our Shop and washrooms. Learn more.

Nitobe Memorial Garden is open. Book your visit at the link below.

Nitobe Memorial Garden is considered one of the most authentic Japanese gardens outside of Japan. “I am in Japan. ” These words were spoken by Emperor Akihito—as he walked through the garden.

Nitobe Memorial Garden celebrates the memory of Dr. Inazō Nitobe (1862-1933), a remarkable Japanese figure whose goal was “to become a bridge across the Pacific.” Throughout his life, Dr. Nitobe strove to promote a better understanding of Japanese culture in the West at a time when Japan was inconceivably foreign in the minds of most Westerners. Unfortunately, he died on October 15th 1933, in Victoria, British Columbia, en route to Japan following a conference of the Institute of Pacific Relations in Banff, Alberta.

Nitobe Memorial Garden was created as a memorial to Dr. Nitobe and his dream. The garden can be seen as a bridge connecting cultures: visitors from around the world meet and learn about each other and Japanese culture. Even the tea house suggests a space of intercultural understanding, as visitors gather here to enjoy the Japanese tea ceremony, a practice in which a bowl of tea is passed with deep respect from guest to guest, and from which each person drinks.

Nitobe Memorial Garden was designed to create a reverence for and sense of harmony with nature. Norman Mackenzie, president of the University of British Columbia played a central role in the creation of the garden. Dr. Nitobe and President Mackenzie worked together at UNESCO and were friends. In support of the project the Government of Japan sent Kannosuke Mori, a renowned landscape architect from Chiba University, to design and build the garden and to ensure its authenticity. Each structure, lantern, stone, shrub and tree was carefully built, placed, or pruned with a respect for the space and the materials at hand. As a result, a piece of the long history of Japanese horticulture has made its way into a small pocket of British Columbian forest.

From Dr. Mori’s design and work on the Garden, relationships with the local Japanese Canadian community were established. Dr. Mori was able to recruit Japanese Canadian gardeners who provided labour and support as the garden was developed. These gardeners assumed responsibility for the Garden’s care and maintenance over many years after Professor Mori’s departure.

The garden is beautiful in all weather and highlights the passing of the seasons: cherry blossoms shower the garden in spring, irises bloom in summer, maple leaves glow red and yellow in fall. Trees—both native and Japanese—are pruned in the Japanese tradition to frame the garden in winter. No matter what time of year, carpets of moss, bridges that span a koi pond and iris bed, and stone paths that cross waterfalls, create a peaceful atmosphere that invites the visitor to reflect on both the beauty of nature and its place in their lives.

A visit to Nitobe Memorial Garden is a window into Japanese culture and brings to light an important aspect of Japanese-Canadian history.

For information about your visit to the garden, including seasonal hours, please click here. Discover the different types of lanterns in Nitobe Memorial Garden. A classical structure designed for the practice of the Japanese discipline called chadō (Way of Tea). 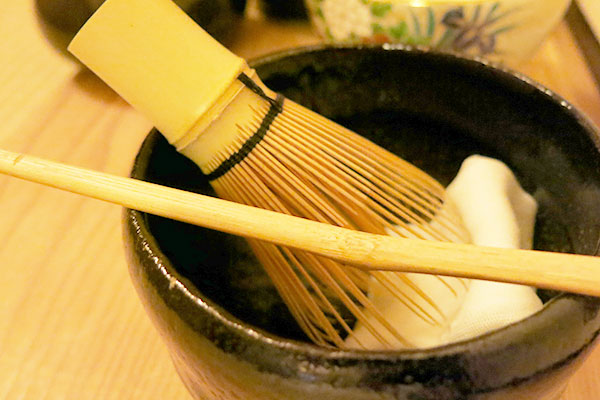 Learn more about Shintoism, Buddhism and other religions followed in Japan.