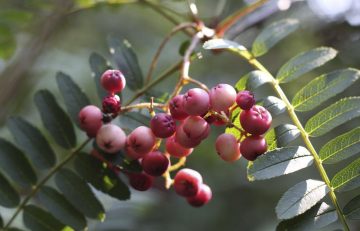 October is often the best month to see berries and other colourful fruits in the Botanical Garden, and—hungry birds notwithstanding—2022 will go down as an impressive year for berry viewing. The mountain ashes and whitebeams (Sorbus and Aria, respectively)—are front and centre in showing off their beautiful fruits. Note that the fruits of these plants are known colloquially as berries, but technically, they are pomes (like apples and pears). A few steps down the path into the David C. Lam Asian Garden on the left (at Upper Asian Way and the Service Road) is a large Aria yuana (Yuan whitebeam), a species from the mountains of Yunnan, in western China. The Yuan whitebeam’s vermillion orange, lozenge-shaped pomes are borne in particularly ample drooping clusters. Most Aria fruits are unpalatable, if not entirely inedible for humans, but when ripe, the pomes of A. yuana are delicious, if a bit gritty.

Venturing along Maries Trail where it meets Farges Trail, visitors will see a large stump on which there are plants of the magnificent Sorbus sargentiana (Sargent’s mountain ash). This species is well known for its large leaves, enormous, branch-bending clusters of glossy orange-red pomes and large, sticky overwintering buds. Unfortunately, once the pomes ripen, they are quickly discovered by birds and rapidly dispatched. A little further into the garden (on Campbell Trail), and another old stump displays Sorbus vilmorinii (Vilmorin’s mountain ash), with its delicate pinnate leaves, pink pomes and rounded overall habit. The fruits of this species are purple-red at first, but as they ripen and expand, the red pigments become more dispersed over the surface and the colour changes to bright pink. Note the main trunk of this tree, which was originally a root hidden within the stump. Sorbus pseudovilmorinii (Upper Asian Way at Maries Trail) is similar, if a little more strongly upright and with darker pink fruits. Another pink-fruited species is Sorbus bissetii (mountain ash). This rare Chinese species has small pink fruits that gradually lighten to pearly white. Our specimen is planted off Upper Asian Way just south of Henry Trail. Observant visitors will notice that many of this tree’s leaves have been chewed away, leaving only the yellowish pinnate leaf stalks from which the ample green leaflets were attached. The culprit is the larvae of the mountain ash sawfly, a small, but voracious, black-spotted yellow caterpillar. This European invasive species has been in the Botanical Garden for at least a decade, partially defoliating an ever-increasing variety of Sorbus species, but seldom causing lasting harm to the trees.

There are other pink-fruited mountain ashes in the Garden. Sorbus reducta (pygmy mountain ash), for example, is a shrubby species native to boulder slopes in the high mountains of western and central China, cultivated in the Asian section of the E. H. Lohbrunner Alpine Garden, along the Service Road opposite the Physic Garden. Its stems rarely top 25 cm tall. The most famous of the pink-fruited mountain ashes is Sorbus pseudohupehensis (pink-fruited Hubei mountain ash). This tree is located on the west side of the Roseline Sturdy Amphitheatre. Previously known under the cultivar names ‘Pink Pagoda’, November Pink’ and ‘Rosea’, this tree comes genetically “true” from seed, which makes the cultivar name superfluous. Note that this is an off-year and there are only a few clusters of pomes (the species has a habit of the alternate year bearing and the pomes were magnificent in 2021). Nearby on the northwest side of the Amphitheatre plantings are two other showy mountain ashes. Hedlundia hybrida (previously Sorbus ´ hybrida) is readily recognized by its copious quantities of enormous scarlet pomes. That this European species is a hybrid of mountain ash and whitebeam is immediately apparent in its half simple, half pinnate leaves. Right next to a pair of hedlundias is a large specimen of Sorbus ‘Joseph Rock’. The golden mountain ash often vies for the prize for the most spectacular Sorbus in the garden. The generously produced pomes start out soft yellow, but the colour gradually deepens as autumn progresses, and as they change, the leaves take on sumptuous wine-red tints, making a perfect foil for the clusters of gold to amber fruit. Look for a smaller, but no less spectacular ‘Joseph Rock’ in the entrance plaza. On the northeast side of the amphitheatre is another unusual Sorbus relative, Scandosorbus intermedia (Swedish whitebeam), which has hand-sized leaves that are deeply lobed and densely grey-hairy, and delivers huge crops of very large dark orange to vermillion-red pomes in September and October. Our plant is best viewed from the amphitheatre floor. Scandosorbus is a spontaneous, stabilized naturally-occurring hybrid derived from three different genera: Torminalis, Aria and Sorbus.

A related species to Aria hemsleyi mentioned in the September in the Garden 2022 is the handsomely narrow, yellow-flushed-red-fruited species, Aria pallescens, which is located off Upper Asian Way east of Staunton Trail. Finishing up the tour (but by no means finishing up with the collections) are three white-fruited mountain ash. Sorbus setschwanensis (Sichuan mountain ash) is a diminutive tree with tiny, feather-like leaves and pure white pomes. Our most attractive specimen resides at the top of Wharton Glade. A similar species, but with slightly larger leaves and creamy white pomes is Sorbus koehneana (Koehne’s mountain ash). A species common in the mountains across much of China, S. koehneana is named for the 19th-century German botanist and dendrologist, Bernhard Koehne. There is one planted on a stump along Lower Asian Way near Farrer Trail, and another in the ground on the west side of Meyer Meadow (and a third with pink fruits in the Asian section of the Alpine Garden). Two plantings of Harrow’s mountain ash, Sorbus harrowiana are along Lower Asian Way: one to the south of Farrer Trail and the other to the north. This species—more a wandering shrub than a tree, has leathery leaves with glossy, broad, finger-like leaflets and small, creamy white fruits. A rarely cultivated species native to western China and the Himalayas, our specimens were grown from seed collected in the wild by former Asian Garden Curator, Peter Wharton. 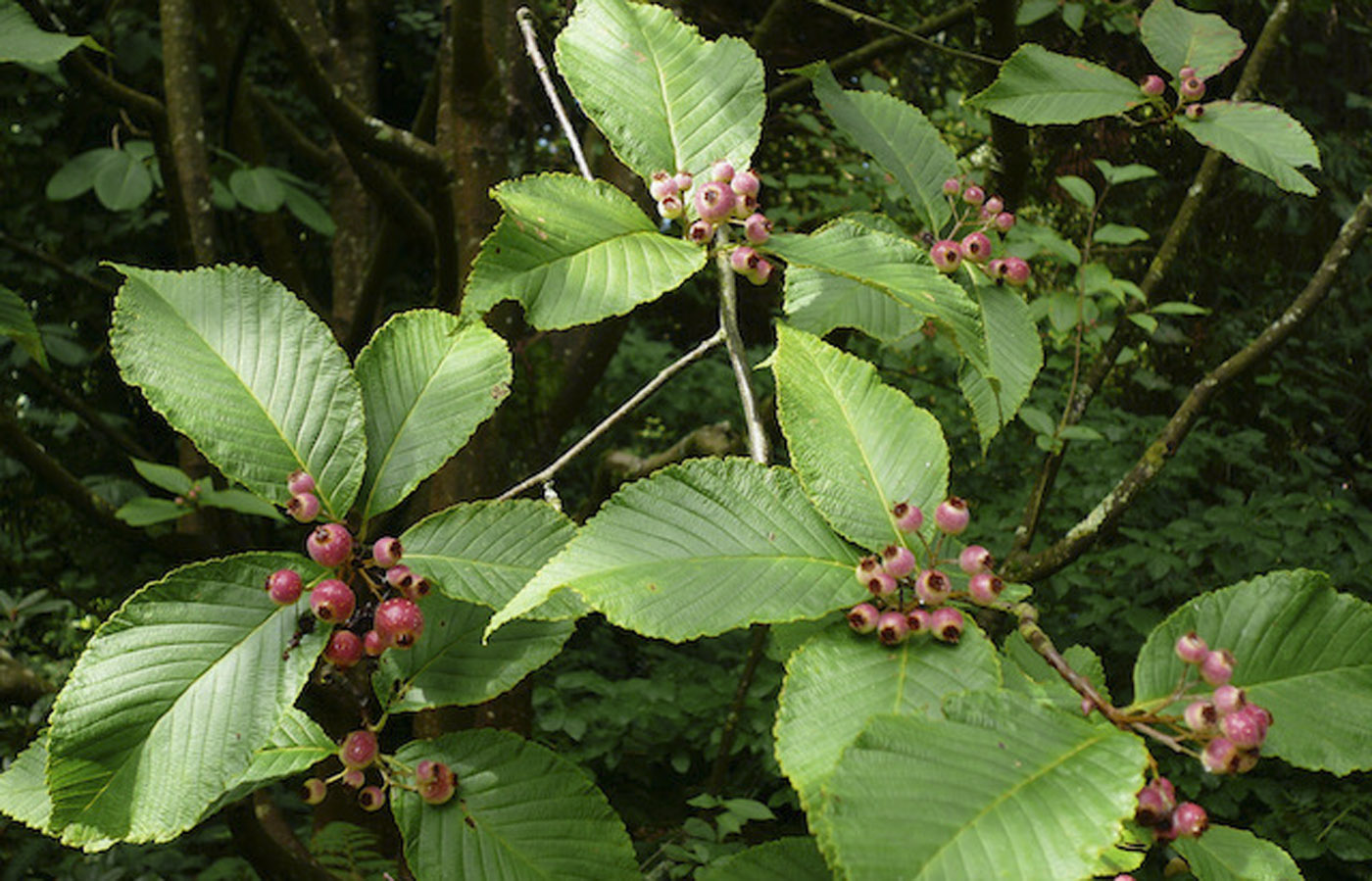 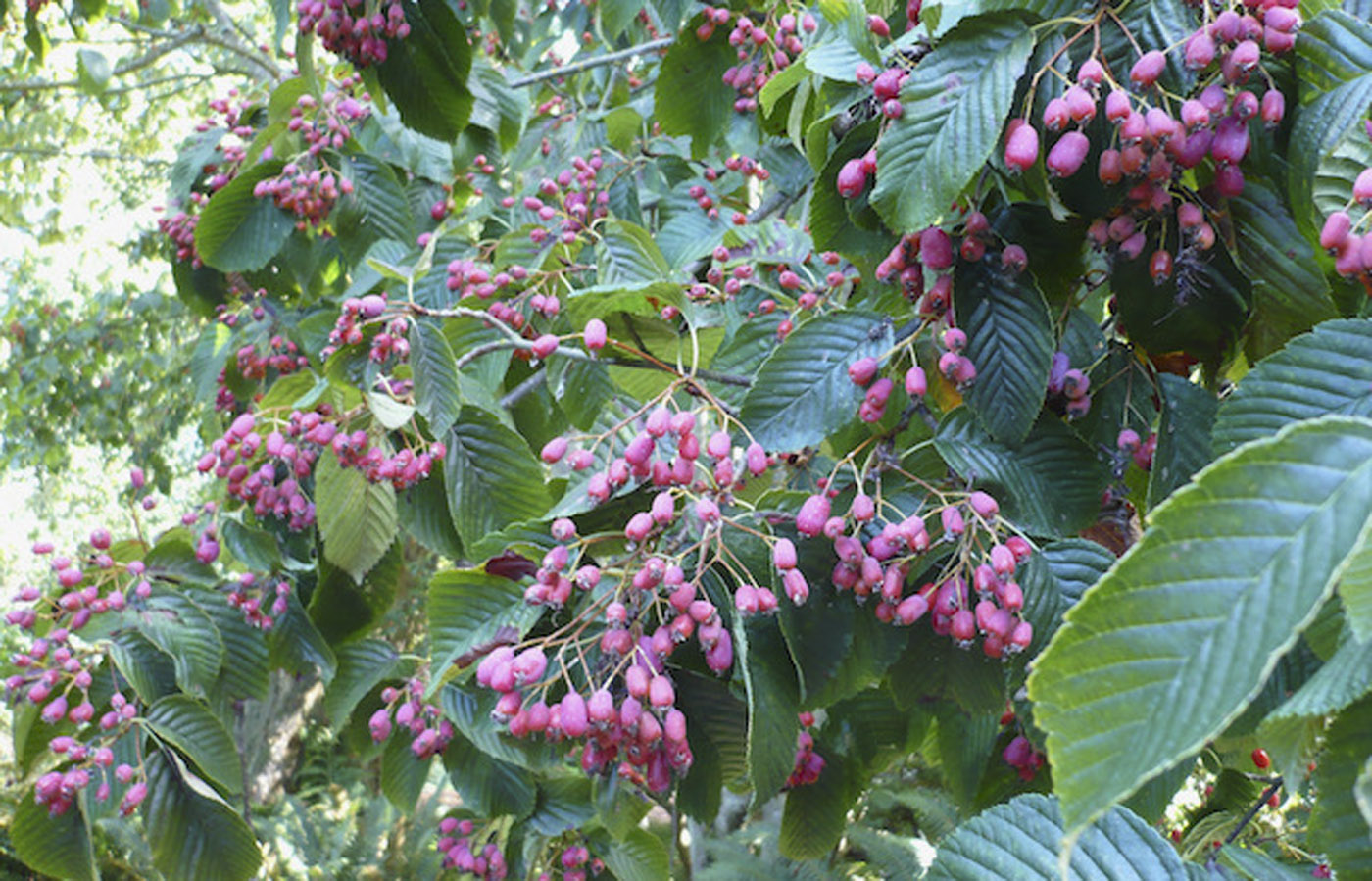 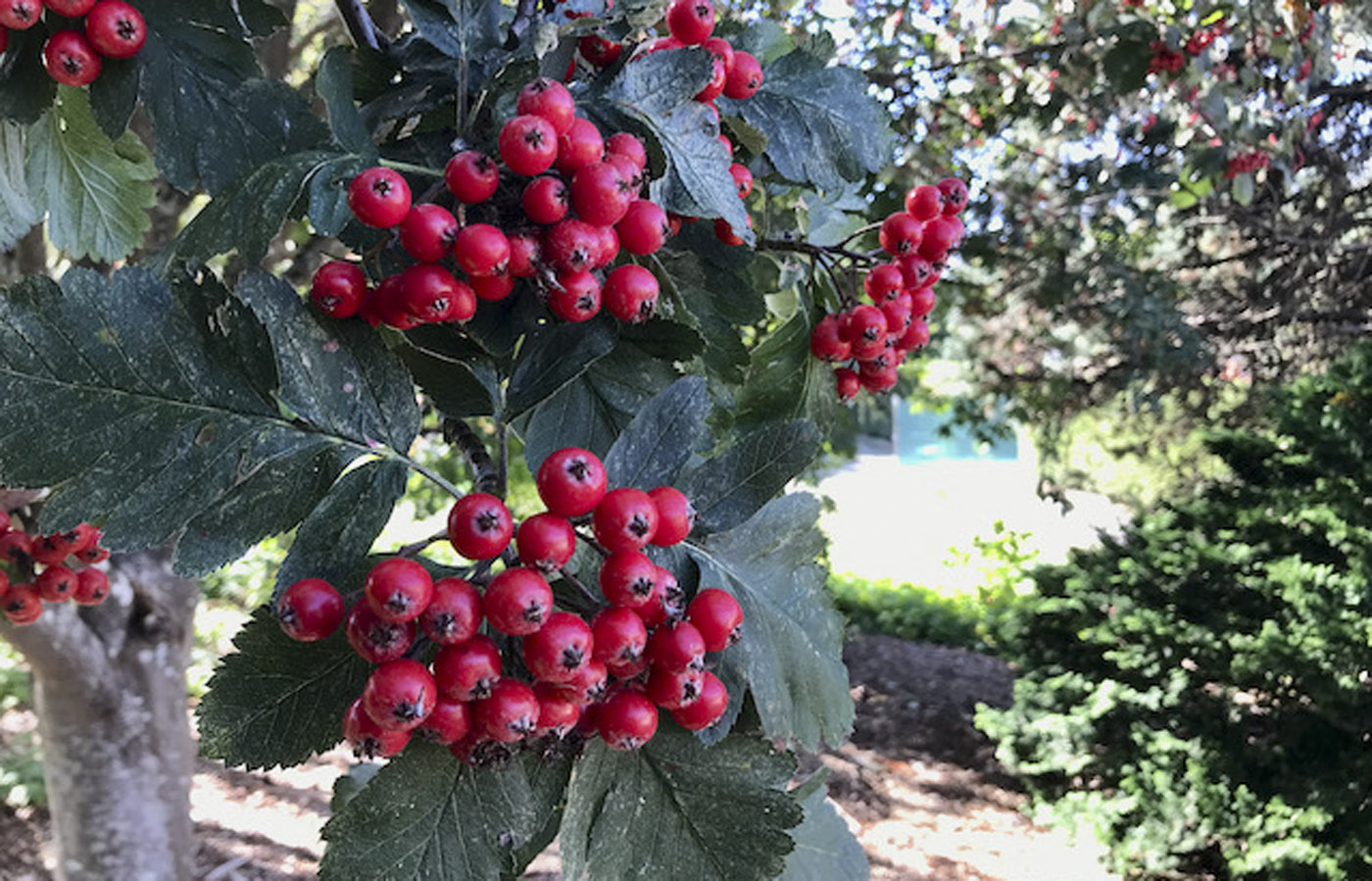 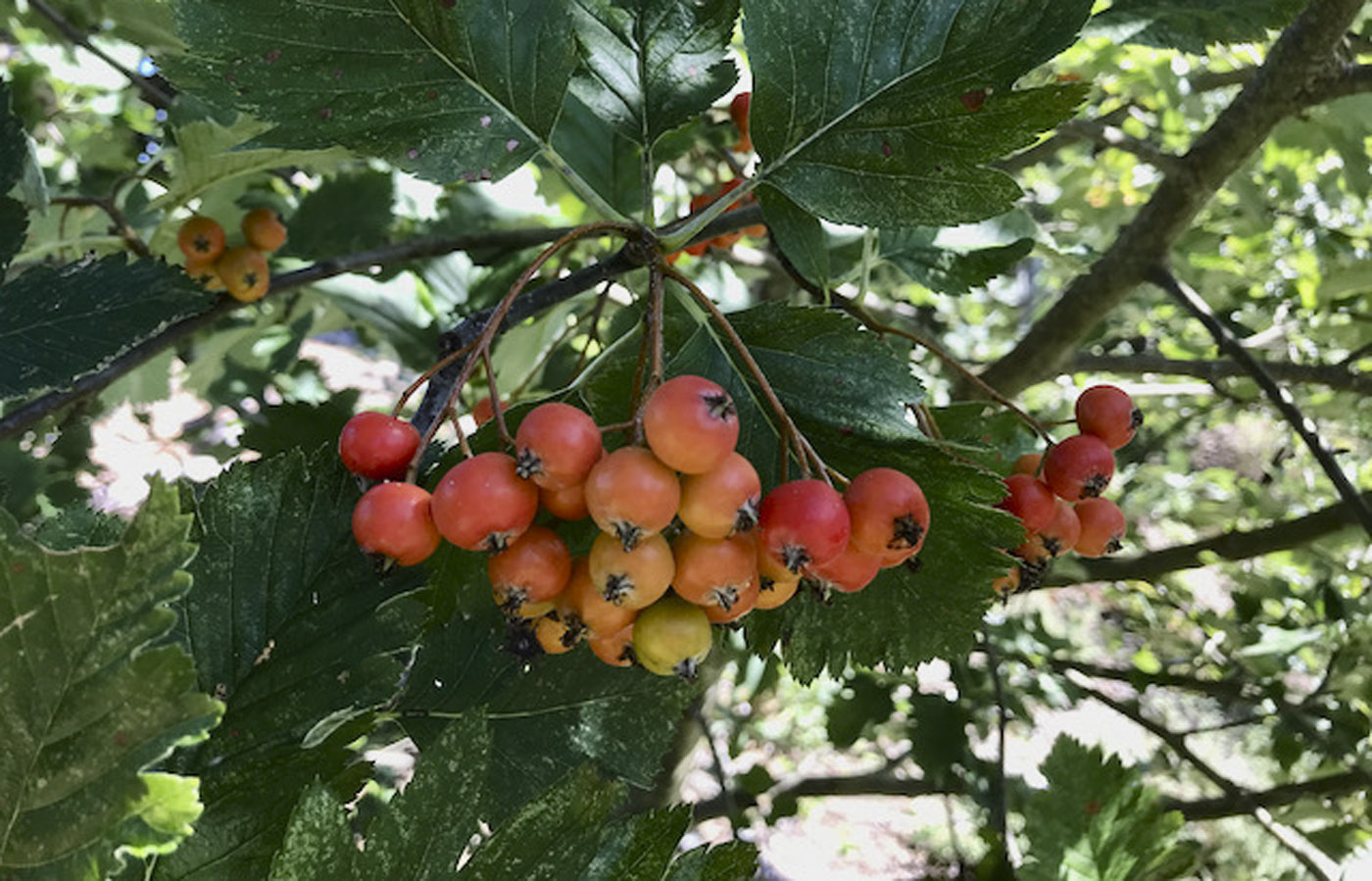 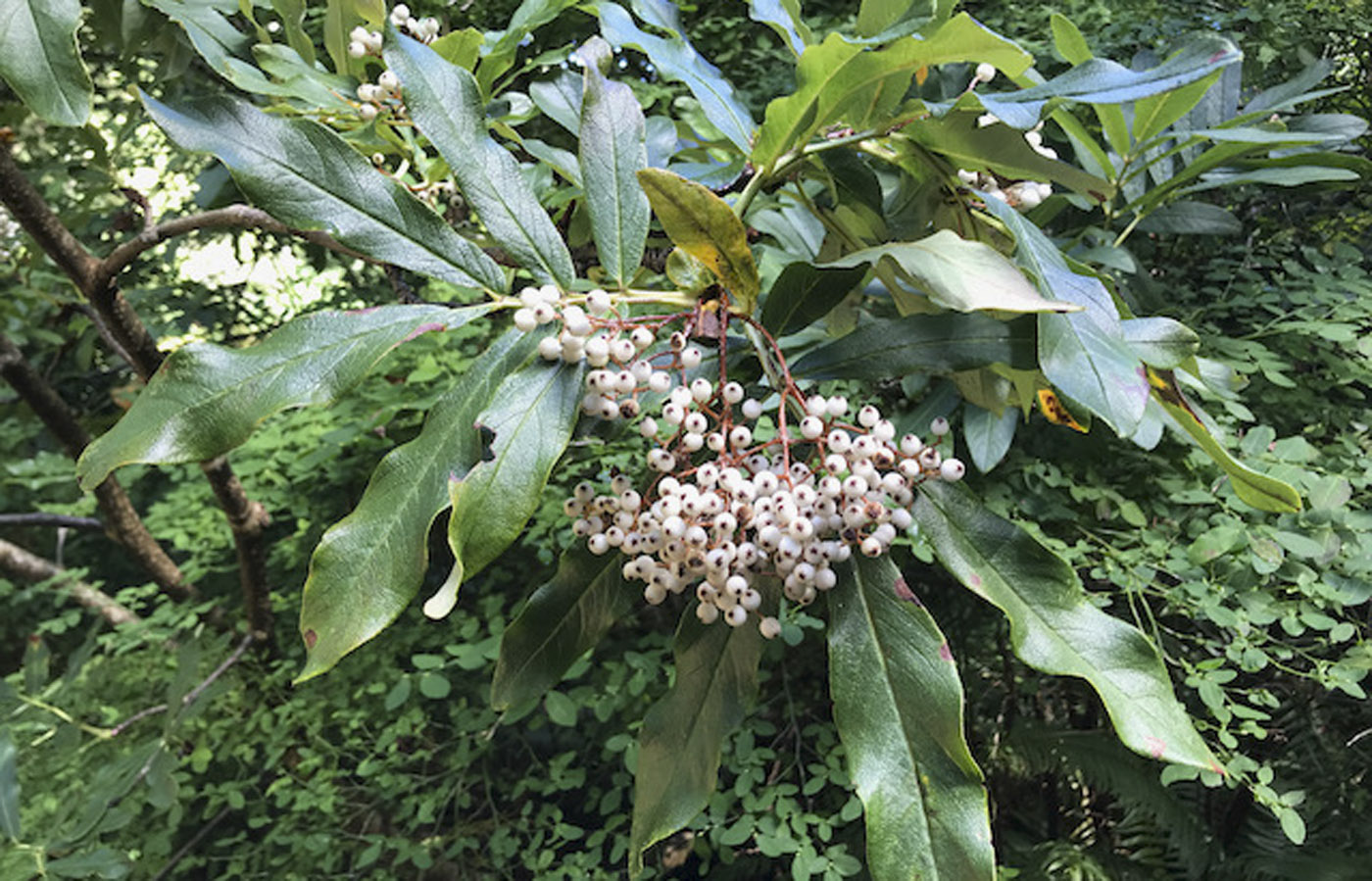 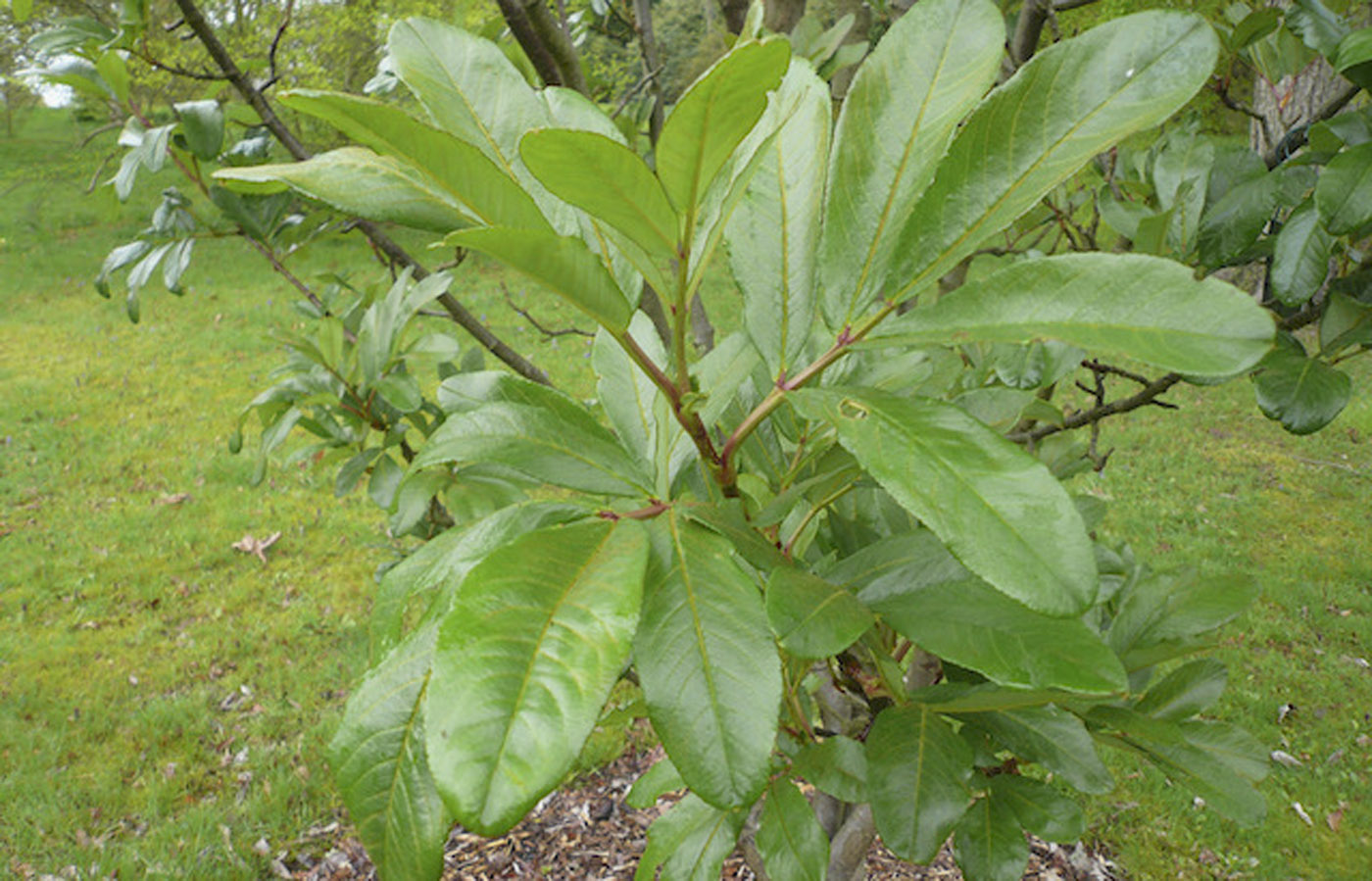 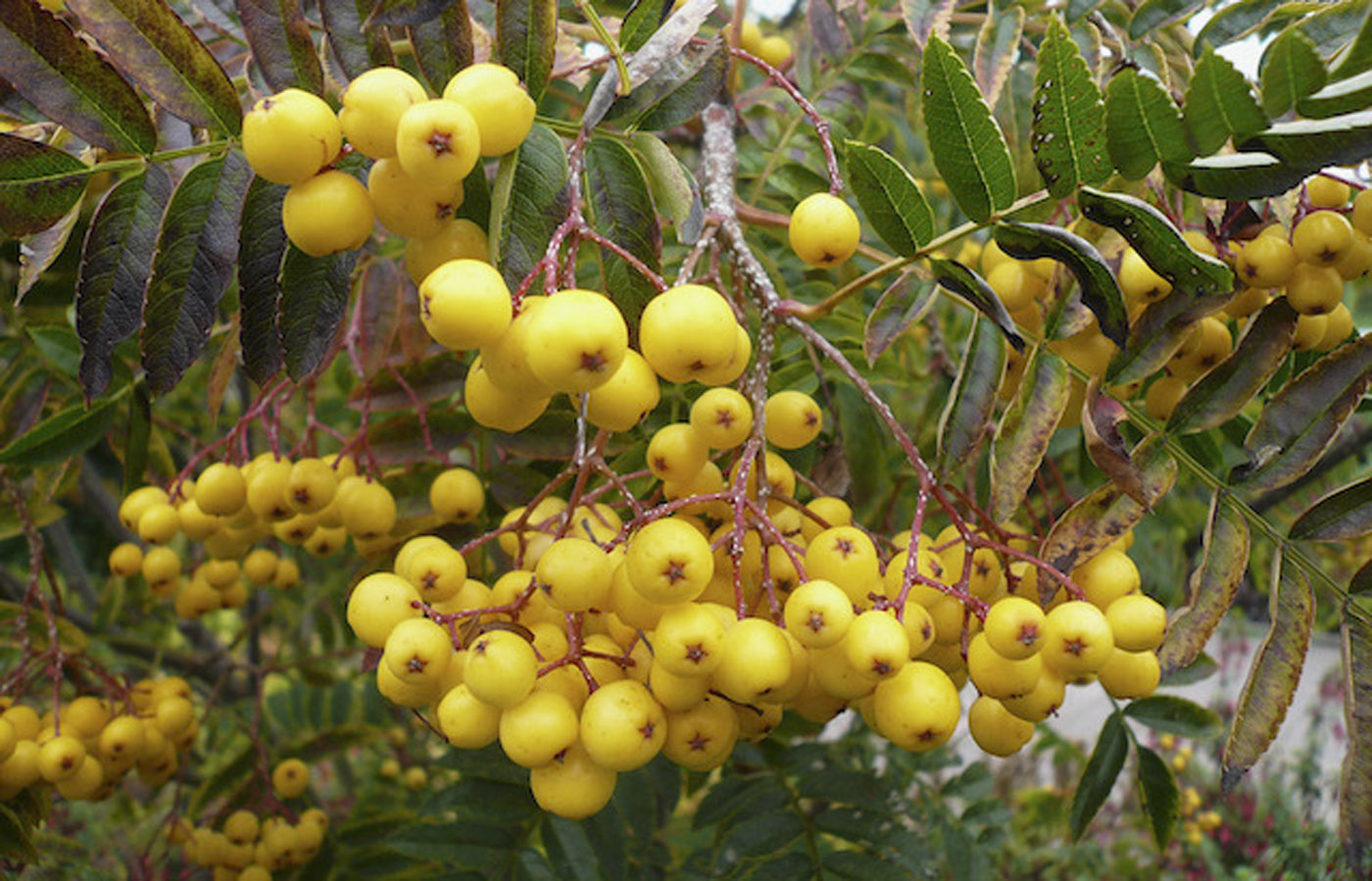 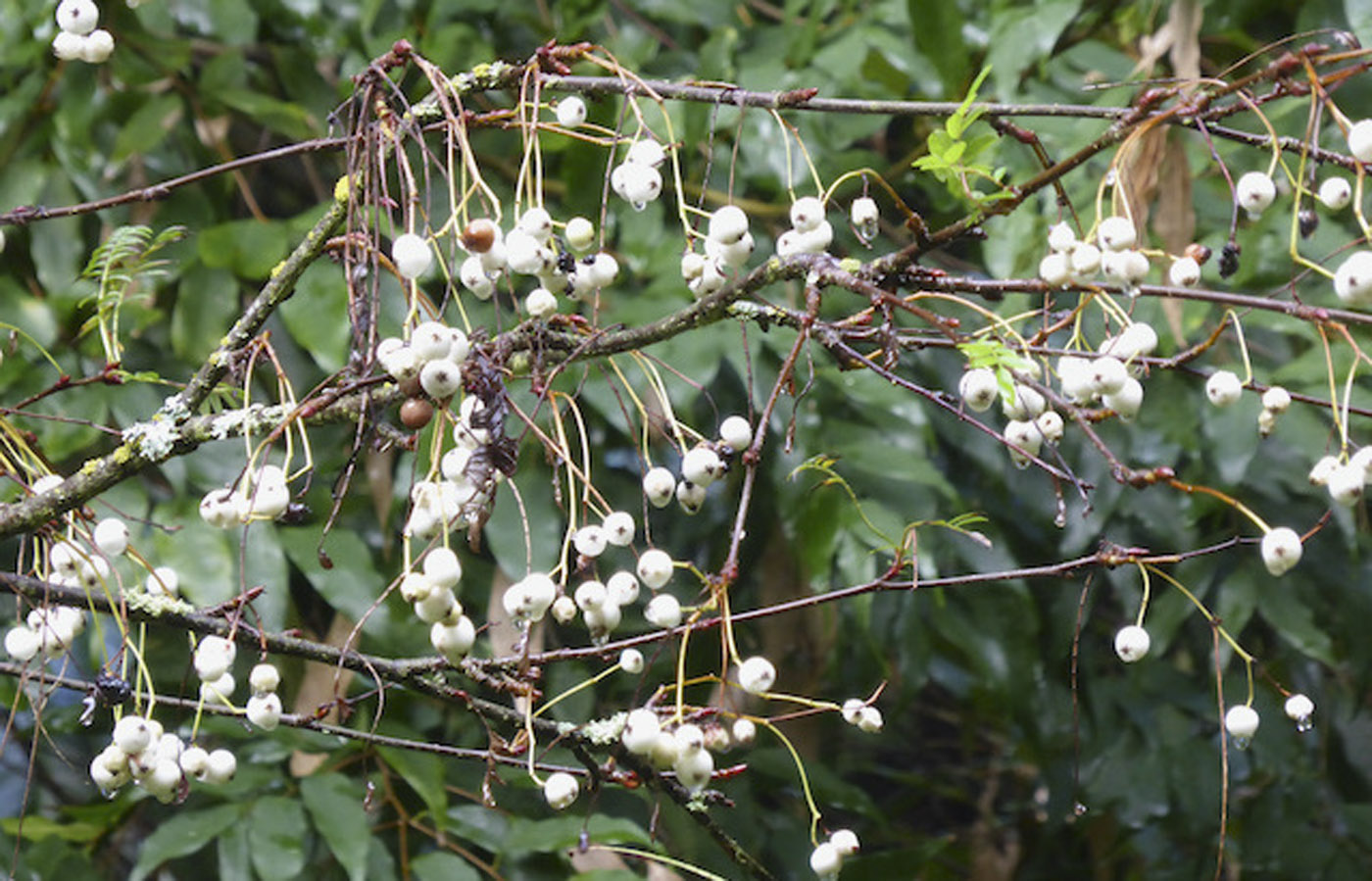 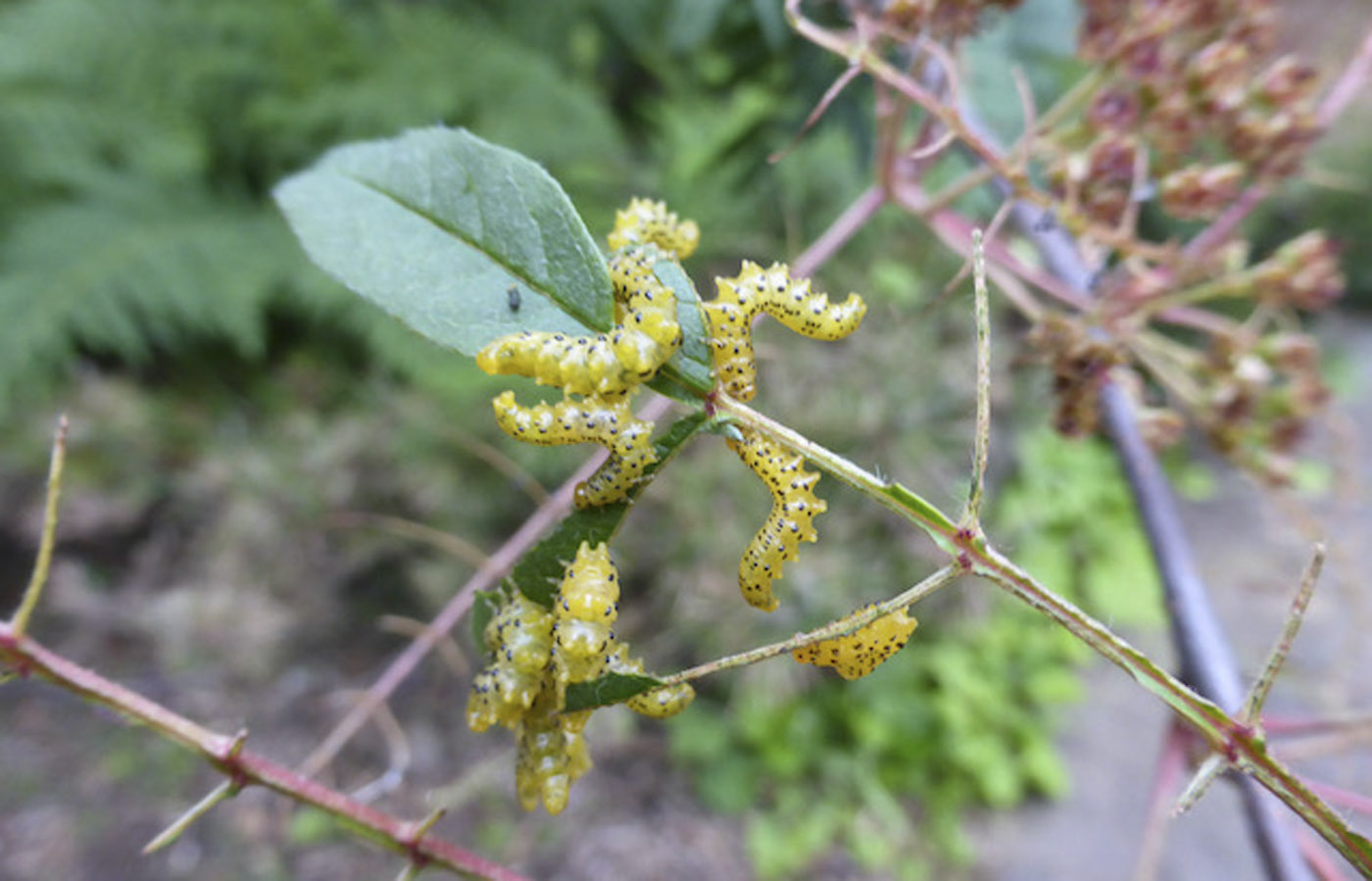 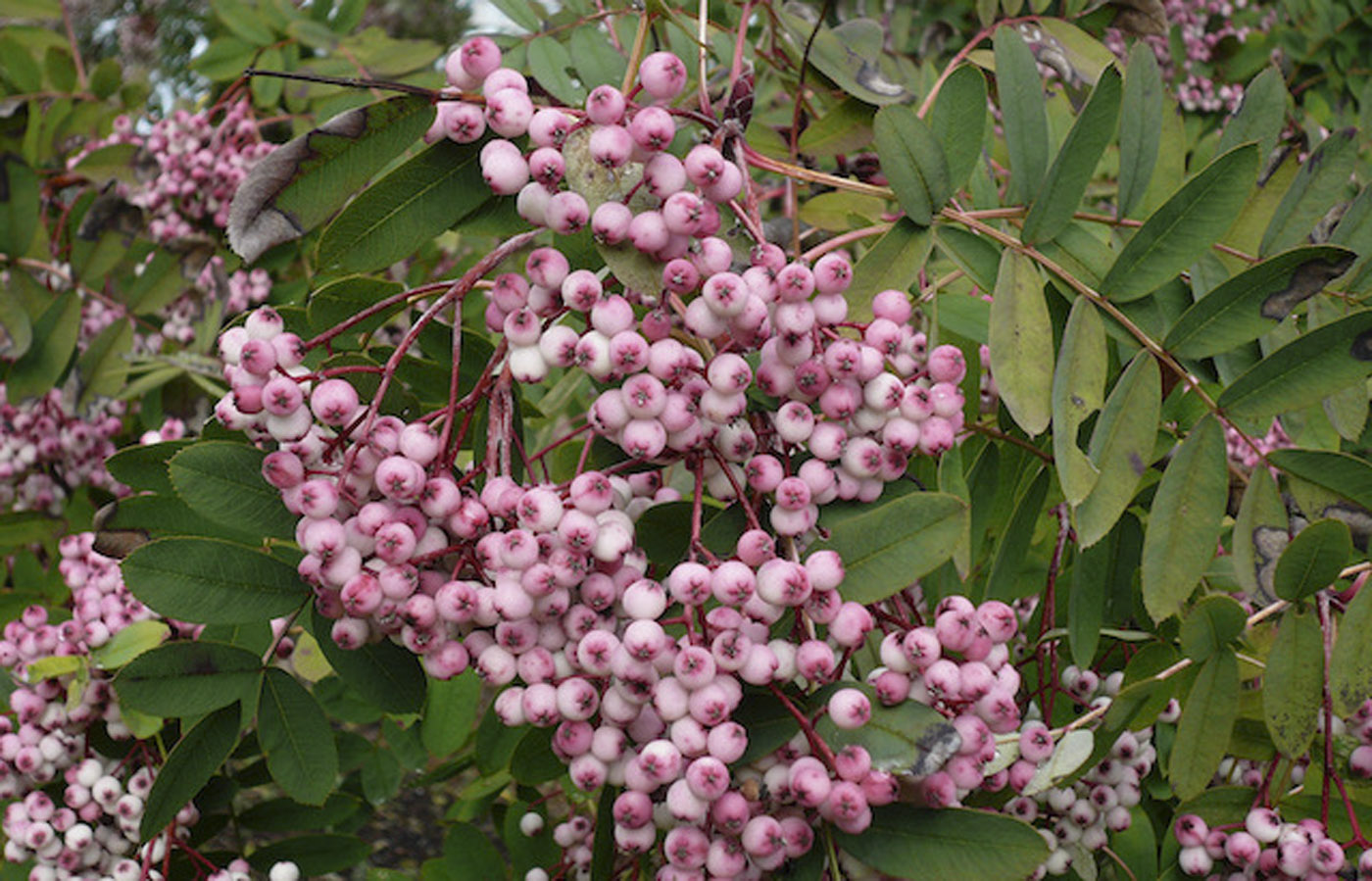 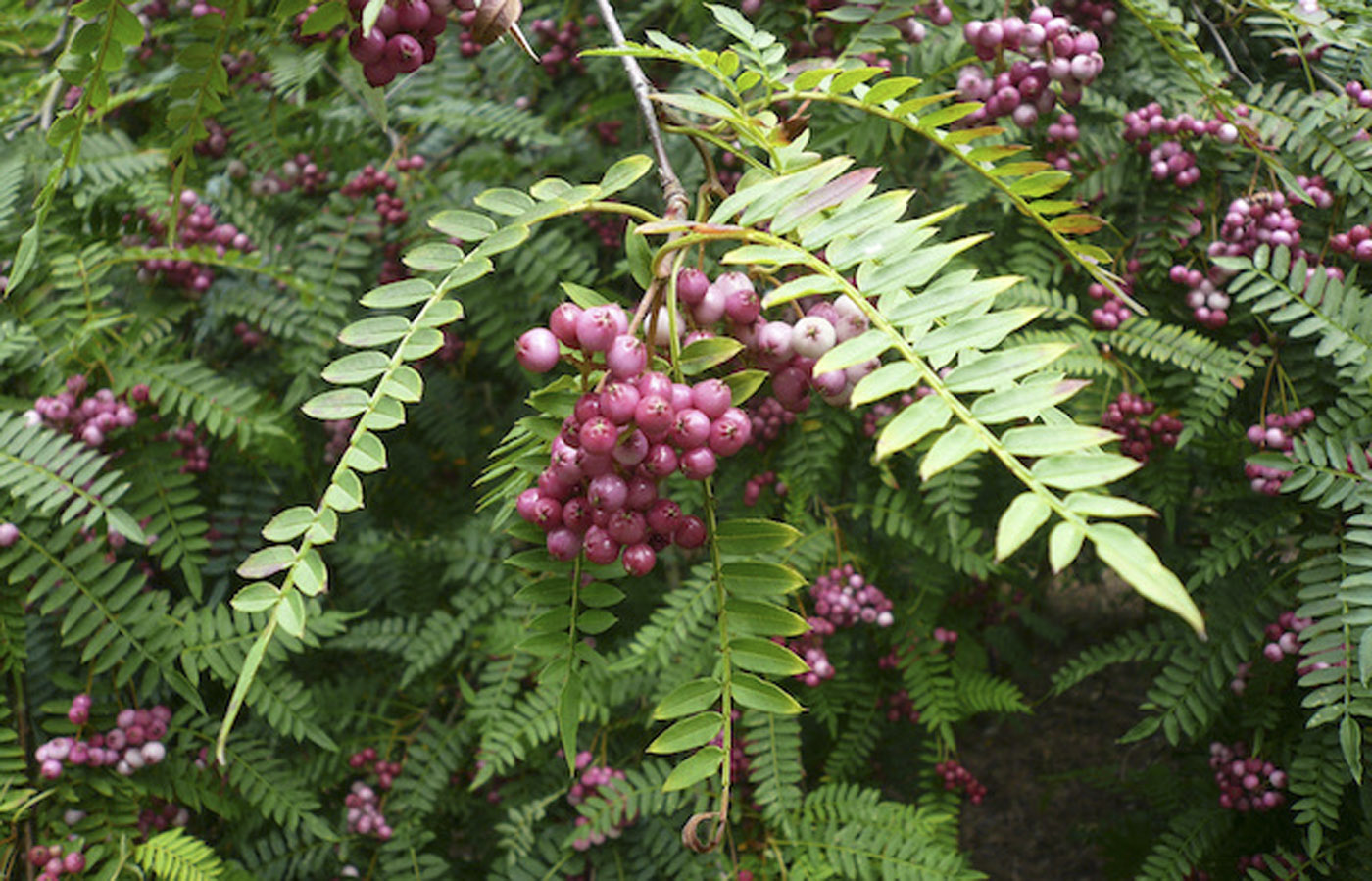 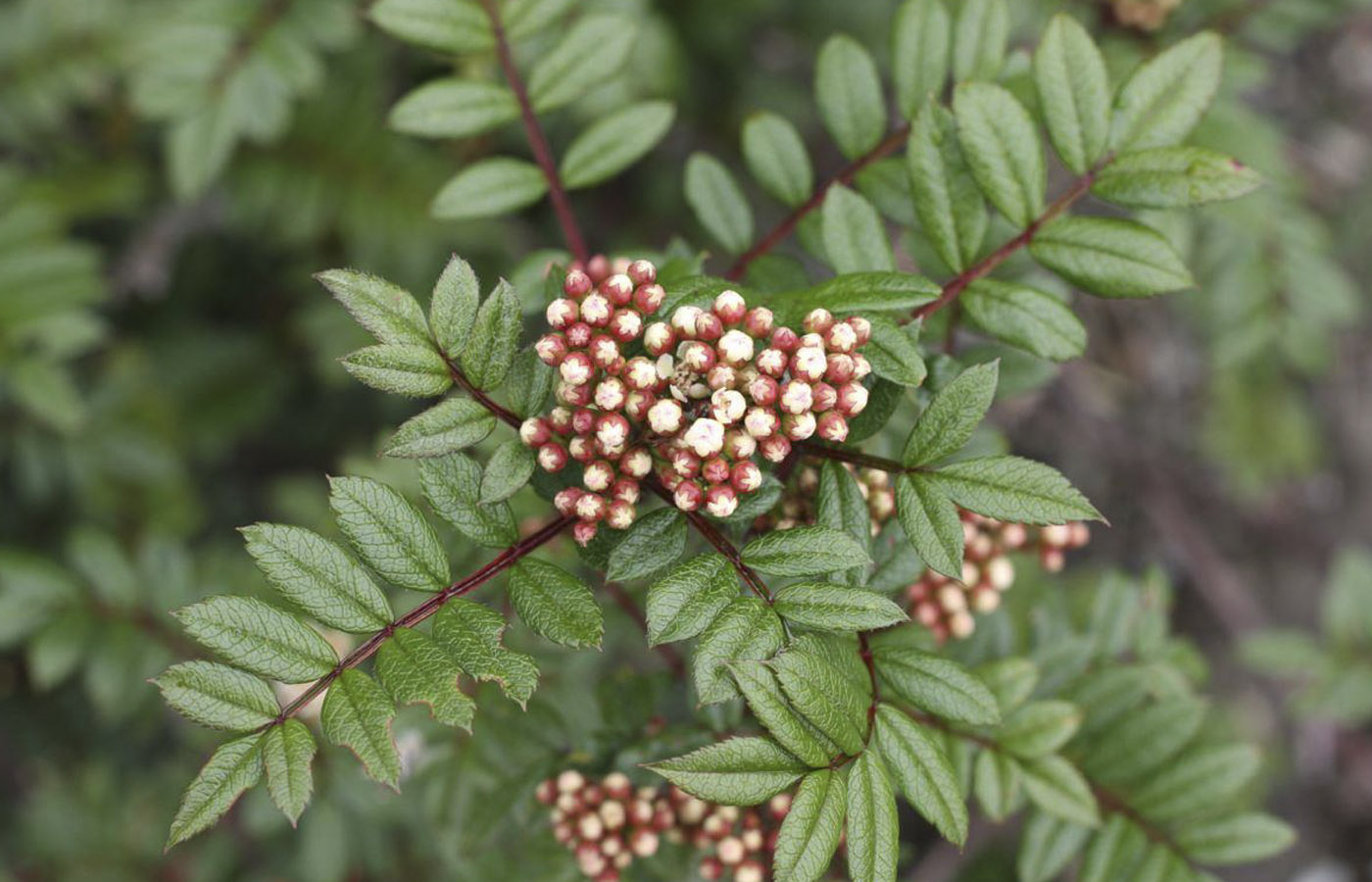 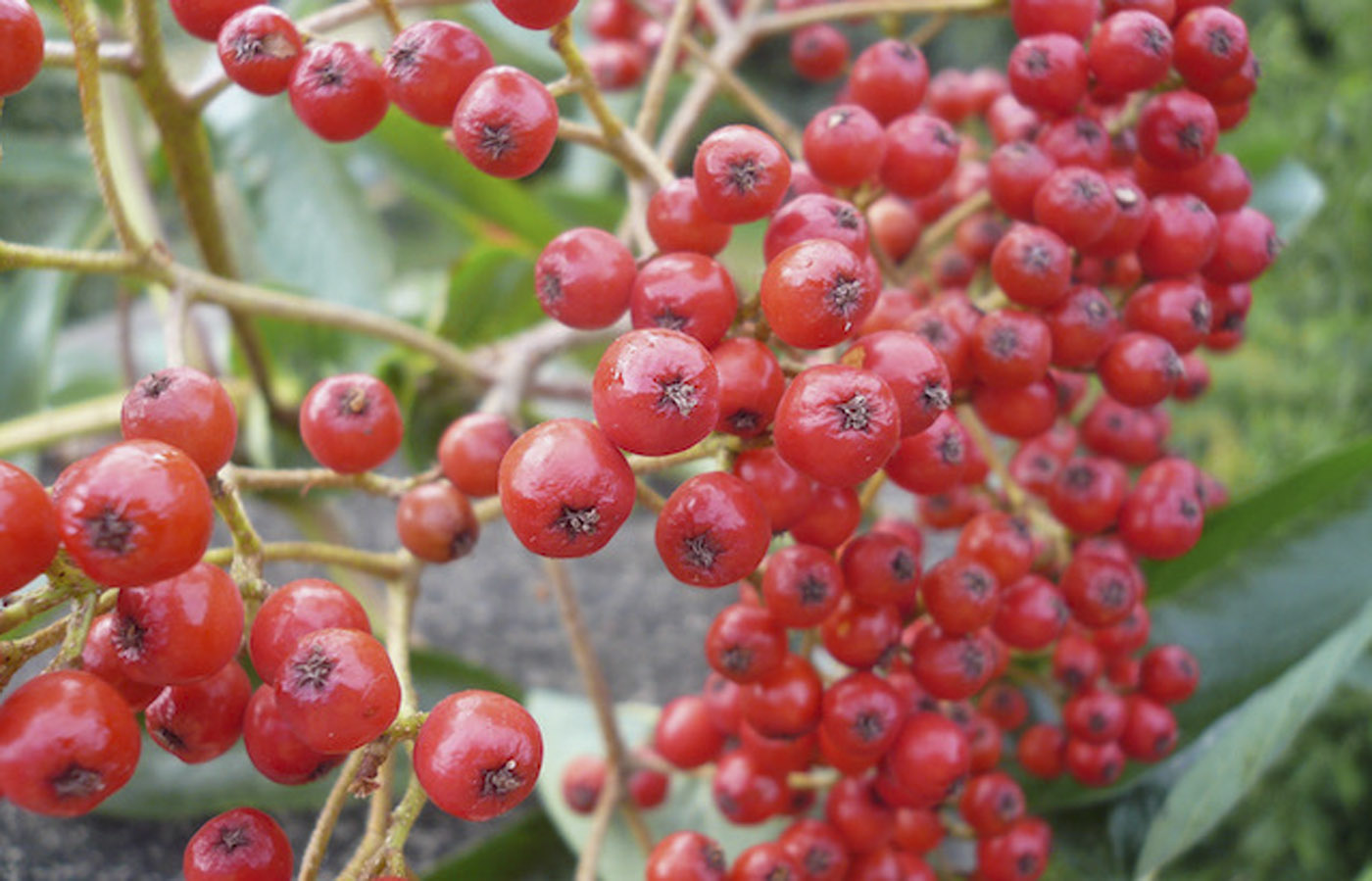 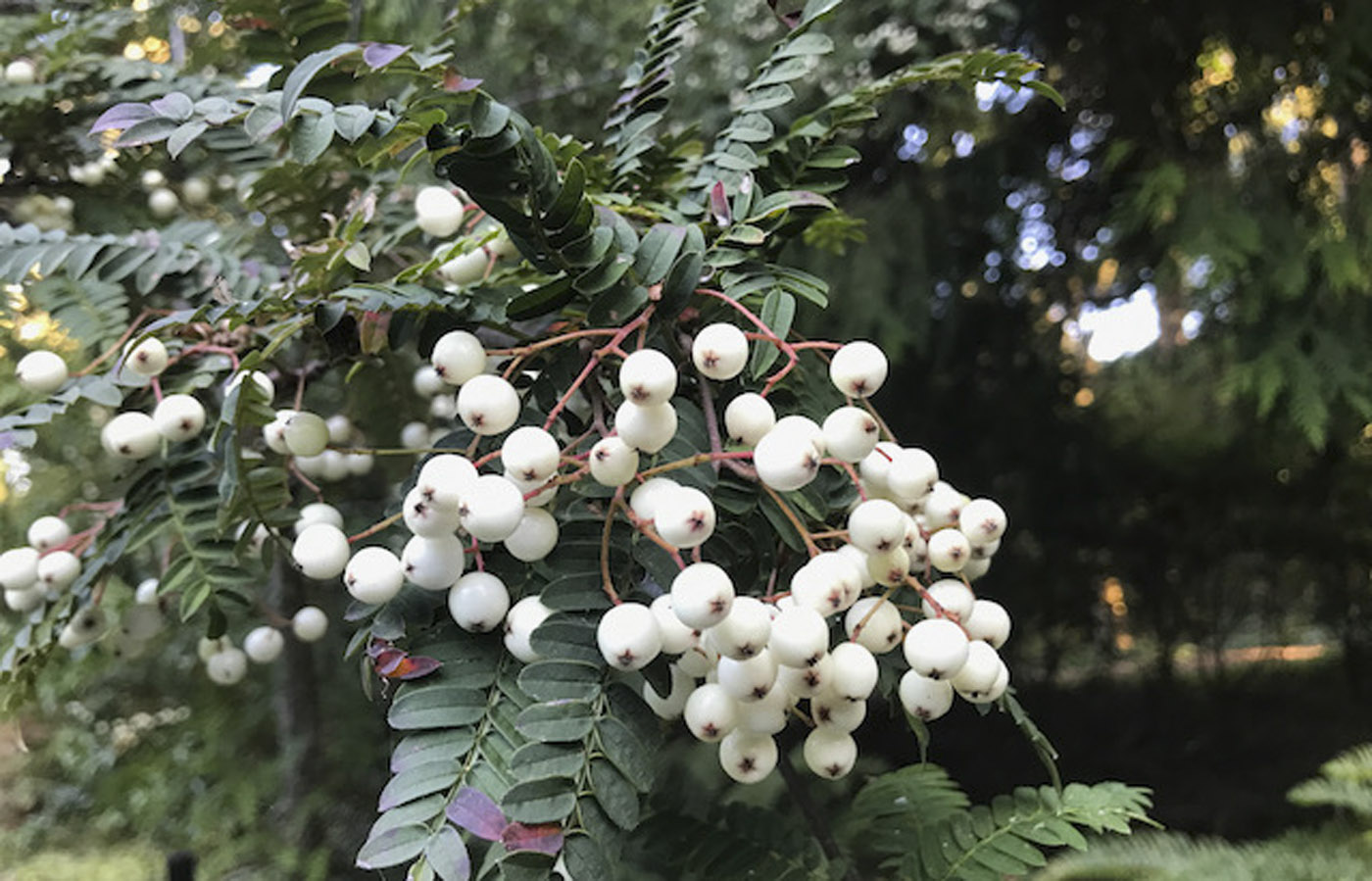 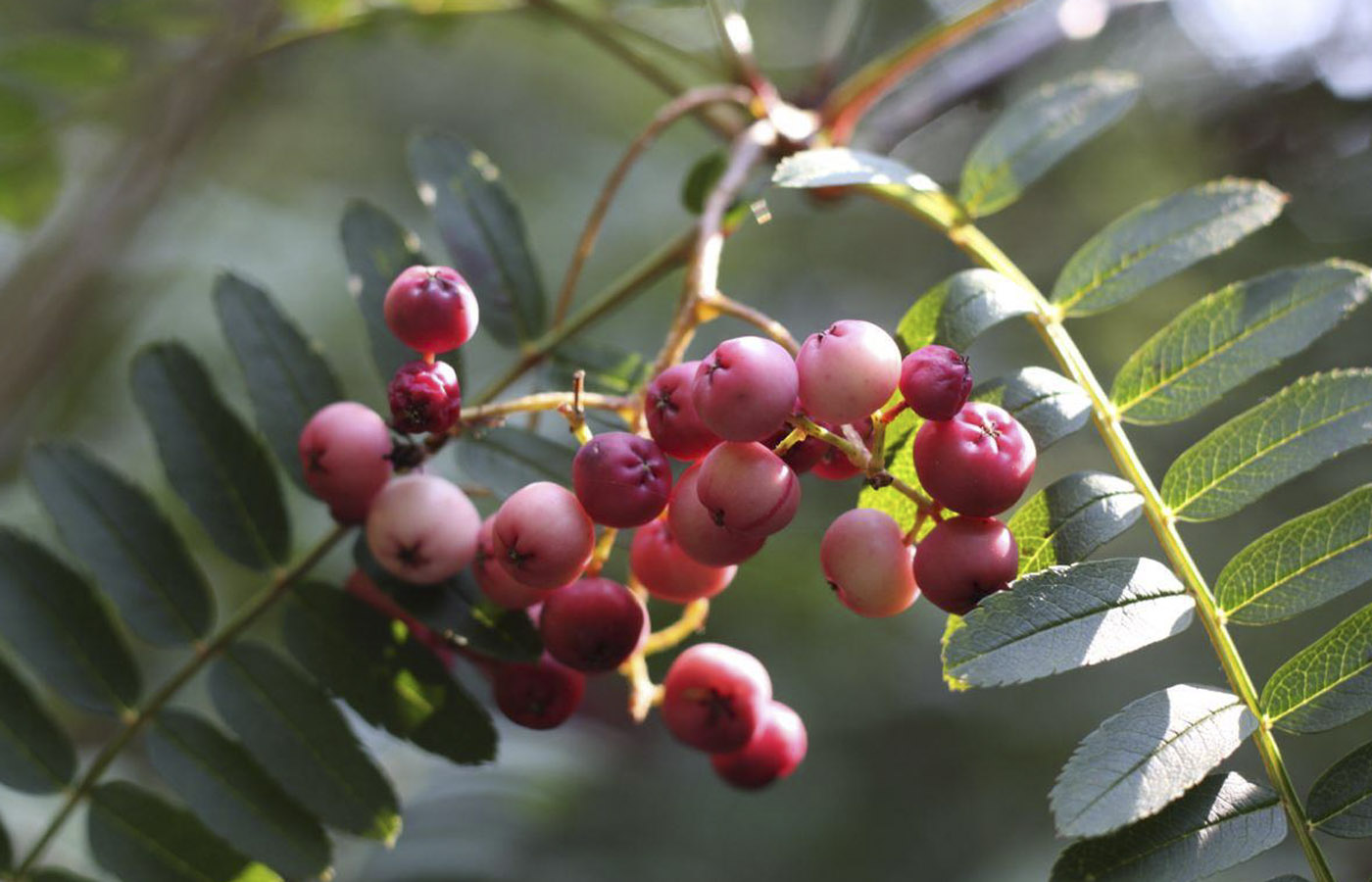 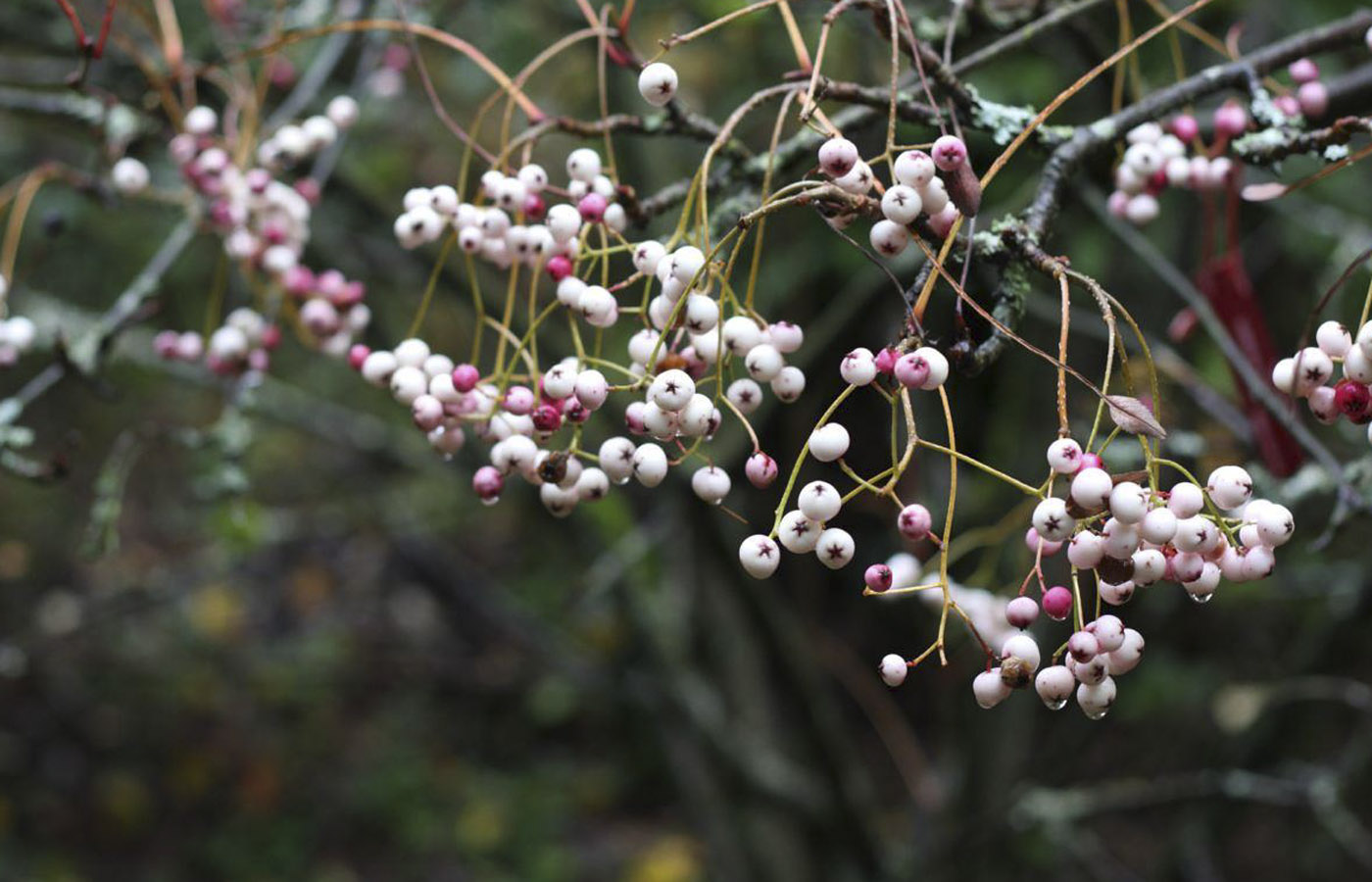 By Garden Communications on September 26, 2022