November in the Garden 2022 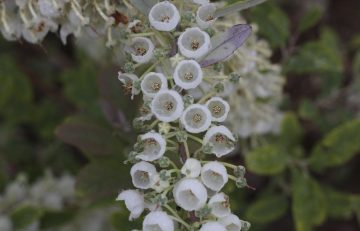 November is a time when garden plants often descend into subtlety. Without frost and dry weather, the spectacular foliage displays begin to diminish. There are some exceptions. The sweet gums (Liquidambar species), many deciduous viburnums and a few Chinese maples can continue to increase in intensity even through the foulest weather. Acer oliverianum (Oliver’s maple) (Siebold Trail near Stearn) with its brilliant pumpkin orange November foliage, comes to mind. Liquidambar acalycina is visible from Decaisne Trail near Lower Asian Way, L. formosanum from Marine Drive (just west of the traffic light at 16th) and there are several L. styraciflua in the Carolinian Forest (Gray, Kalm and Marshall Groves) and on the Main Lawn. These few late-colouring plants aside, we generally think of colourful berries for autumn interest. Still, a number of plants normally flower in November and these are worth considering a visit around.

Gardeners know witch hazels primarily as Asian plants that flower in the mid-winter, but Hamamelis virginiana from the eastern U.S. (in the Carolinian Forest Garden in the Catesby, Clayton and Fraser Groves) produces its spidery yellow flowers in autumn. This species, H. virginiana, is the witch hazel from which the tincture is extracted. Despite its flowering around Halloween, the name witch hazel has nothing to do with witches or the Occult. In Middle English, wiche means pliable, which is an apt description of the stems. Another Hamamelis relative, one grown primarily for its dazzling fall colour, is the Asian Disanthus cercidifolius (redbud hazel) (on Forrest Trail, east of the small bridge). Its tiny purple star-fish flowers are pretty, especially juxtaposed with the rich reds, oranges and purples of its turning leaves. However, the flowers are myiophilous (visited by flies), thus the fragrance is not to everyone’s taste.

A group of plants not normally associated with late flowering is the rhododendron family. Arbutus unedo (strawberry tree) is a bulky, small tree or large shrub with evergreen leaves and orange-red, strawberry-sized fruits. These take a year to develop fully, so they obligingly accompany this year’s open flowers to increase the appeal of the show. Look for strawberry tree by the seating in the Roseline Sturdy Amphitheatre and in the upper regions of Asia Minor section of the E.H. Lohbrunner Garden. Arbutus unedo is native to the Mediterranean region (and Ireland). The name is apparently attributed to Pliny, who said “unedo,” or “I eat one,” as the taste of the fruit was less than inspiring to him. Oxydendrum arboreum (sourwood) is another rhododendron relative and a proper tree, although notoriously slow to achieve those proportions. Its deciduous leaves tend to turn fire-engine red soon after the long panicles of creamy white, pieris-like flowers have faded. Indeed, the grey-white fruits are persistent and continue to provide a visual contrast as the leaves intensify in colour. Sourwood is native to the eastern U.S. and can be found in quantity throughout the Carolinian Forest Garden, especially in the Bartram, Clayton, Kalm and Rafinesque Groves. Another relative in that garden (in the Bartram and Fraser Groves) is Zenobia pulverulenta. This shrubby evergreen (or semi-evergreen) has neat blue leaves and beautiful inflated white bells that smell of honey. In terms of names, Zenobia was the Queen of Palmyra, around AD 266, while pulverulenta means markedly dusted with powder.

In the David C. Lam Asian Garden are numerous visual treats, including the surprisingly bright and cheery Montauk daisy, Nipponanthemum nipponicum (Lower Asian Way at Kingdon Ward Way). This evergreen daisy is amazingly robust and floriferous, at least until freezing weather settles in. In the Asian section of the Alpine Garden, Chrysanthemum yezoense (Hokkaido chrysanthemum) produces its white daisies at a similar time. A compact, mat-forming species with scallop-edged herbaceous foliage, the generously-produced flowers are lilac-tinged as they age. Botanists speculate that in nearly all cases, fall-flowering plants are taking advantage of the lack of competition from other flowers in terms of attracting pollinators. At this time of year, visitors to the garden can take advantage of reduced competition from other visitors for flower viewing. 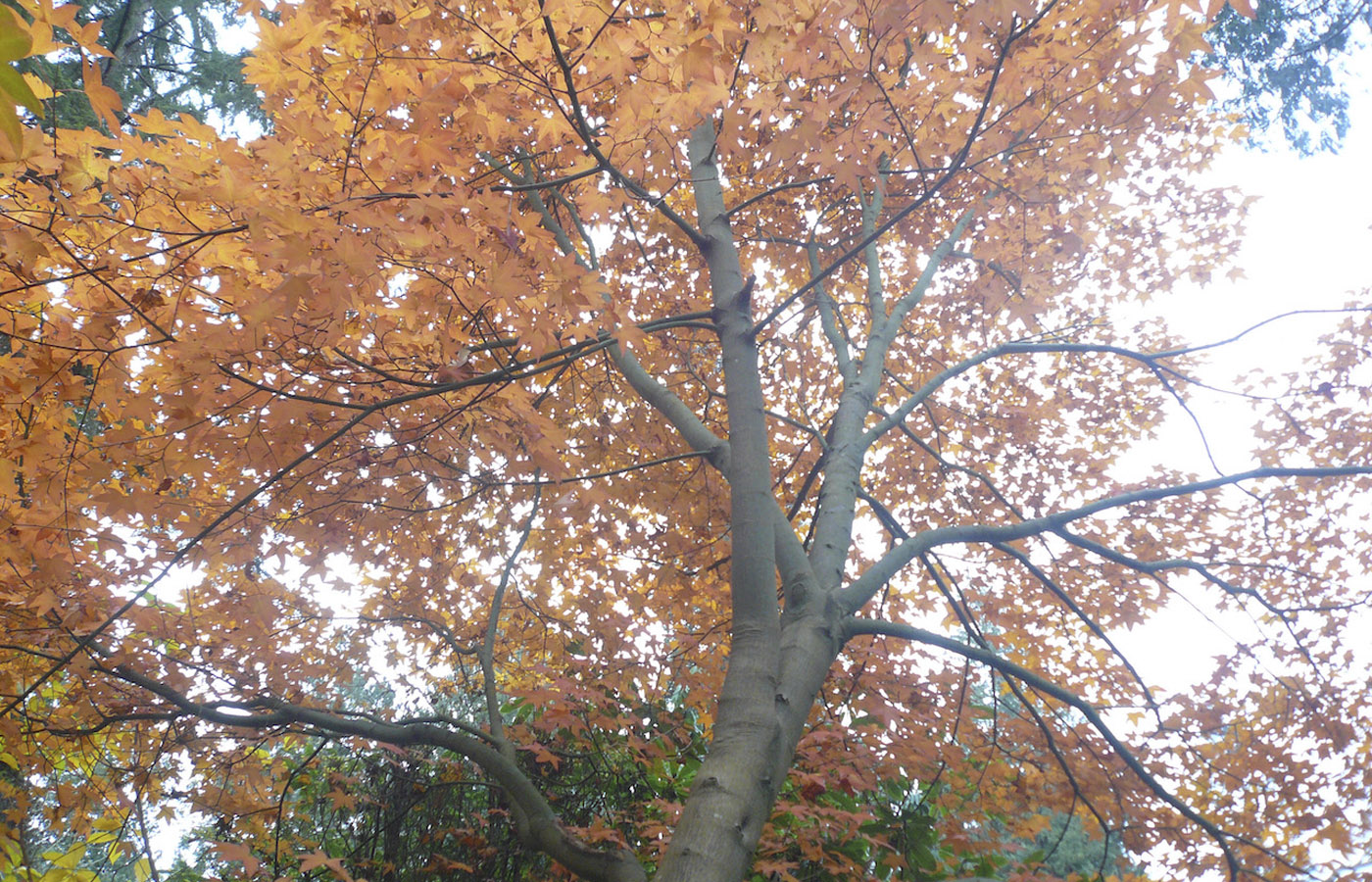 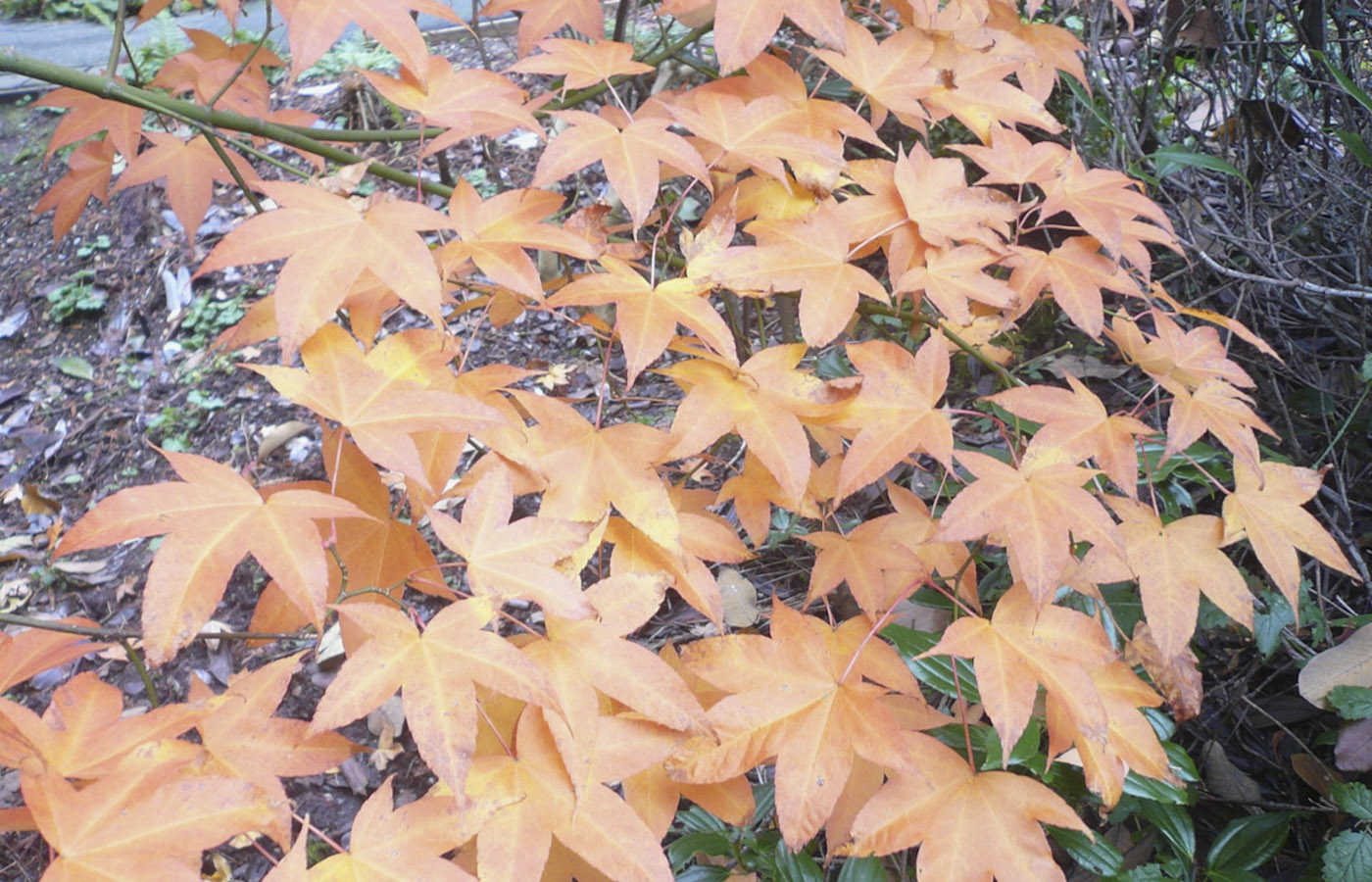 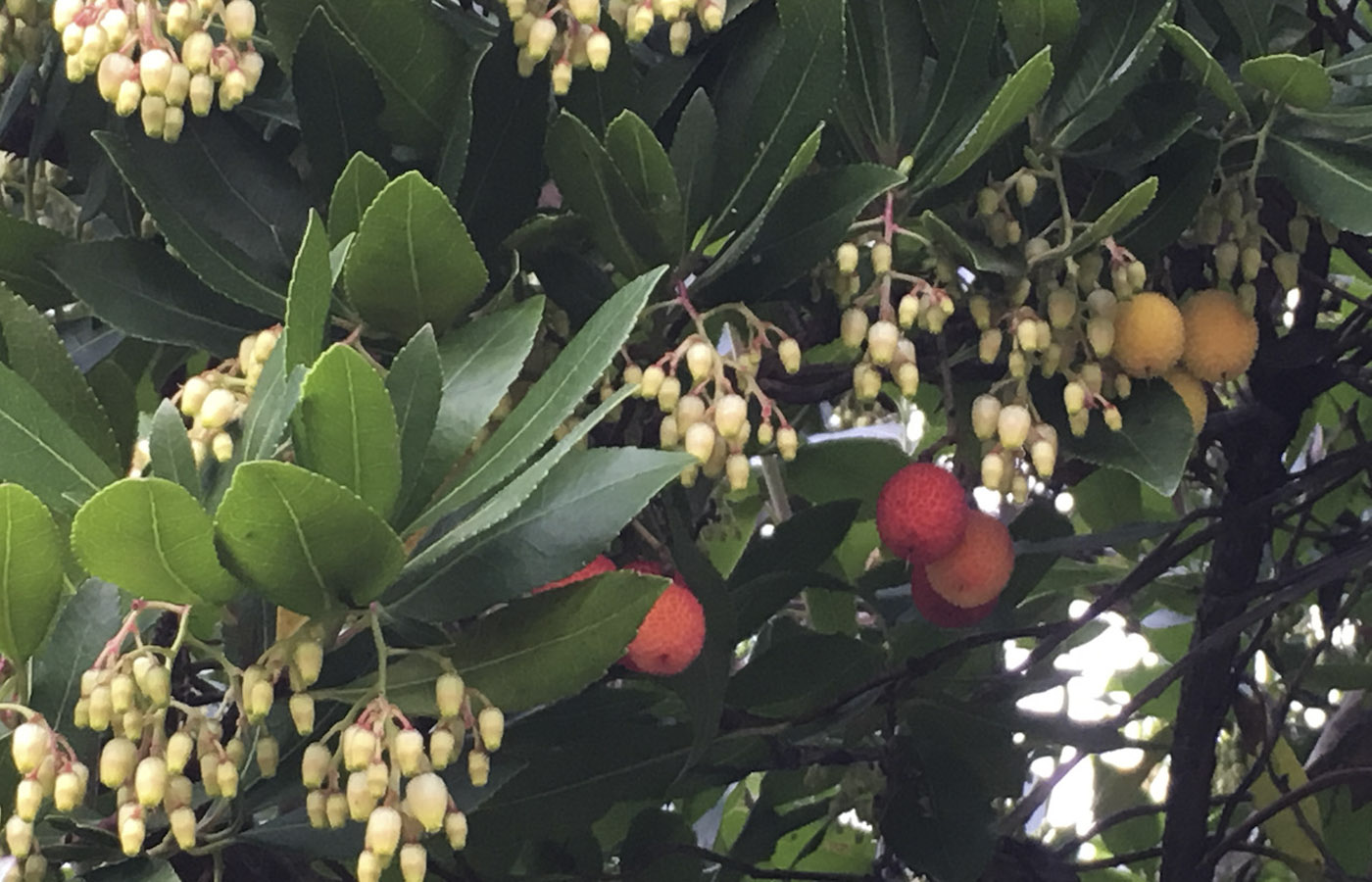 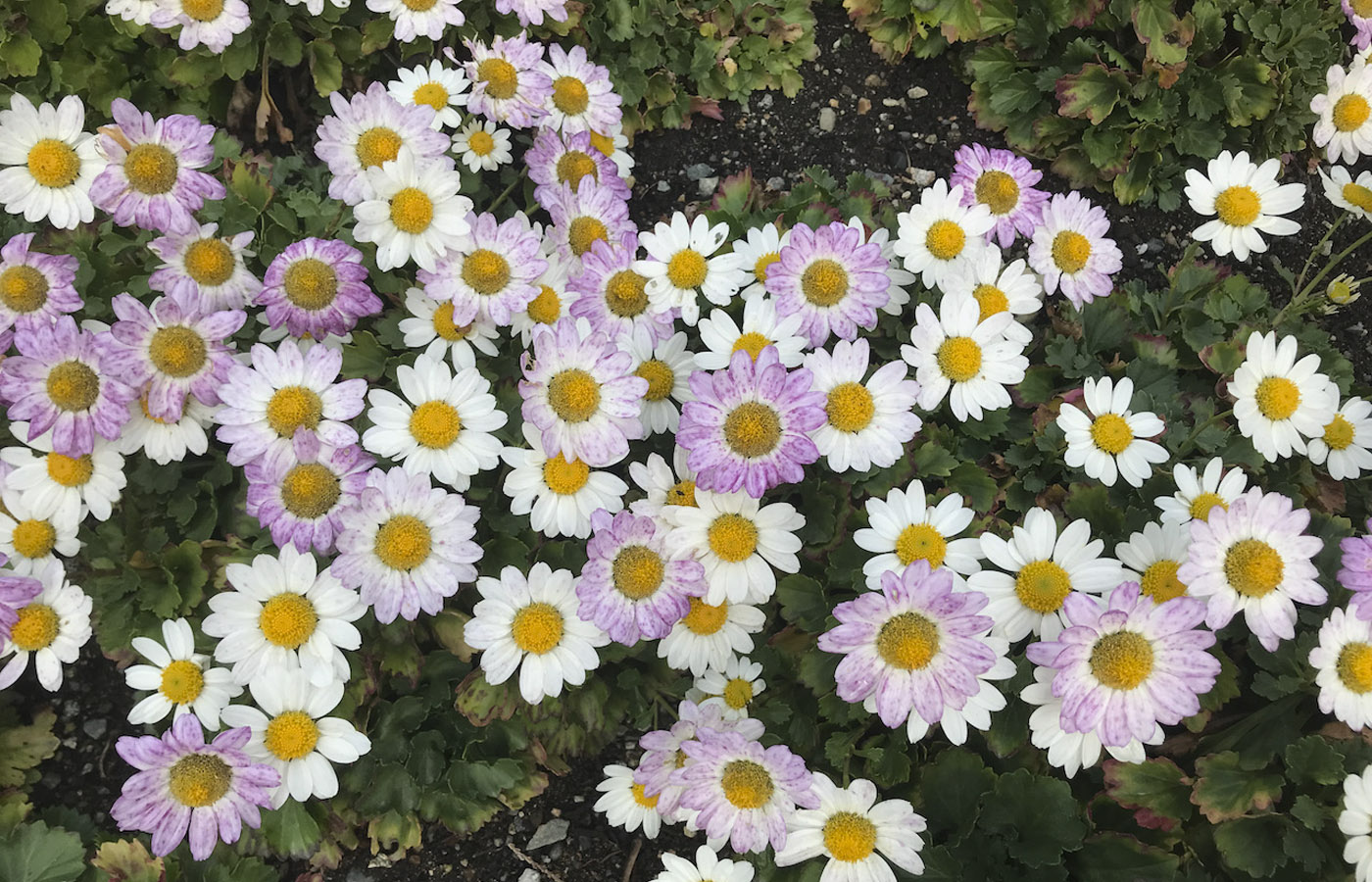 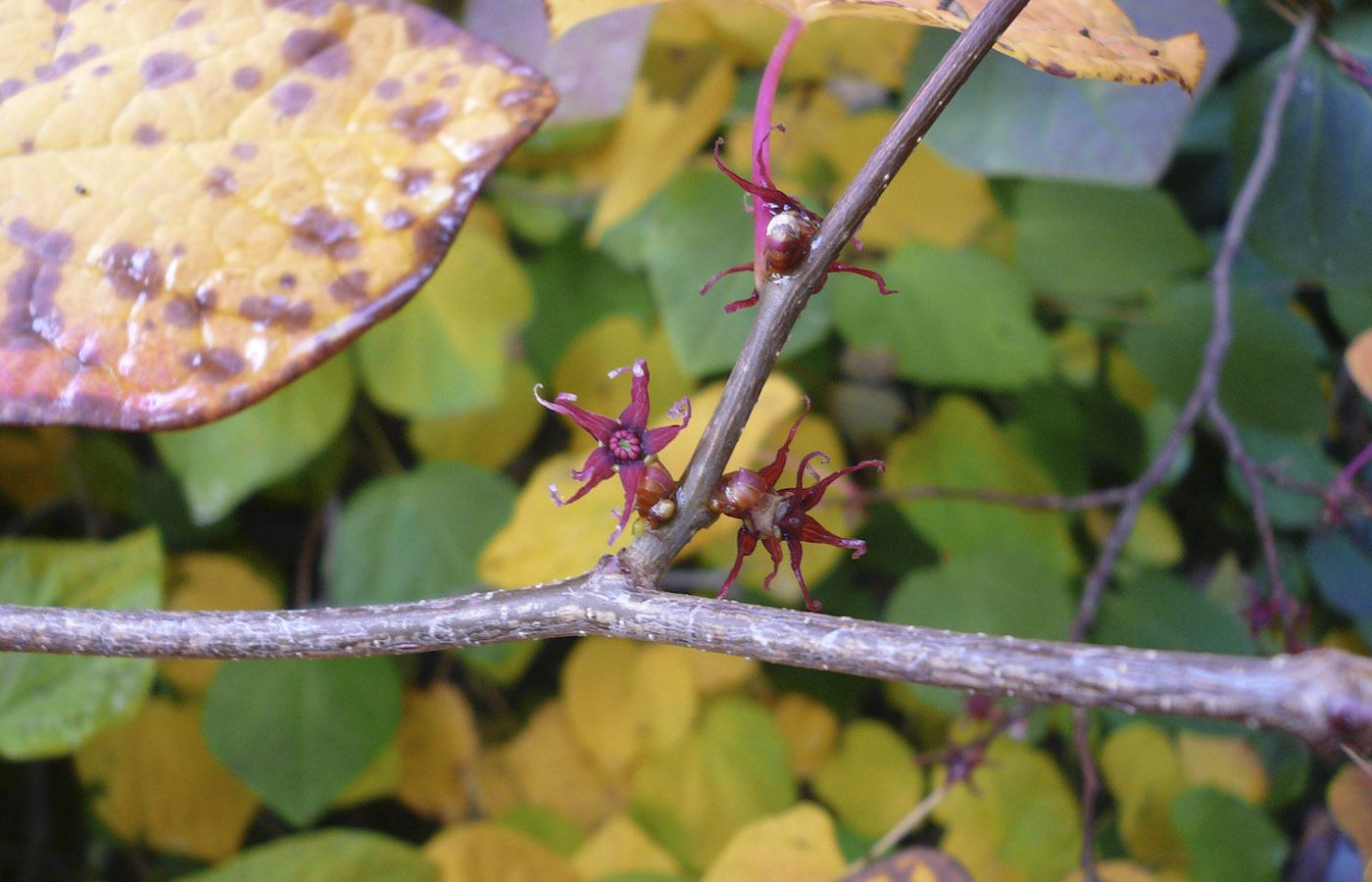 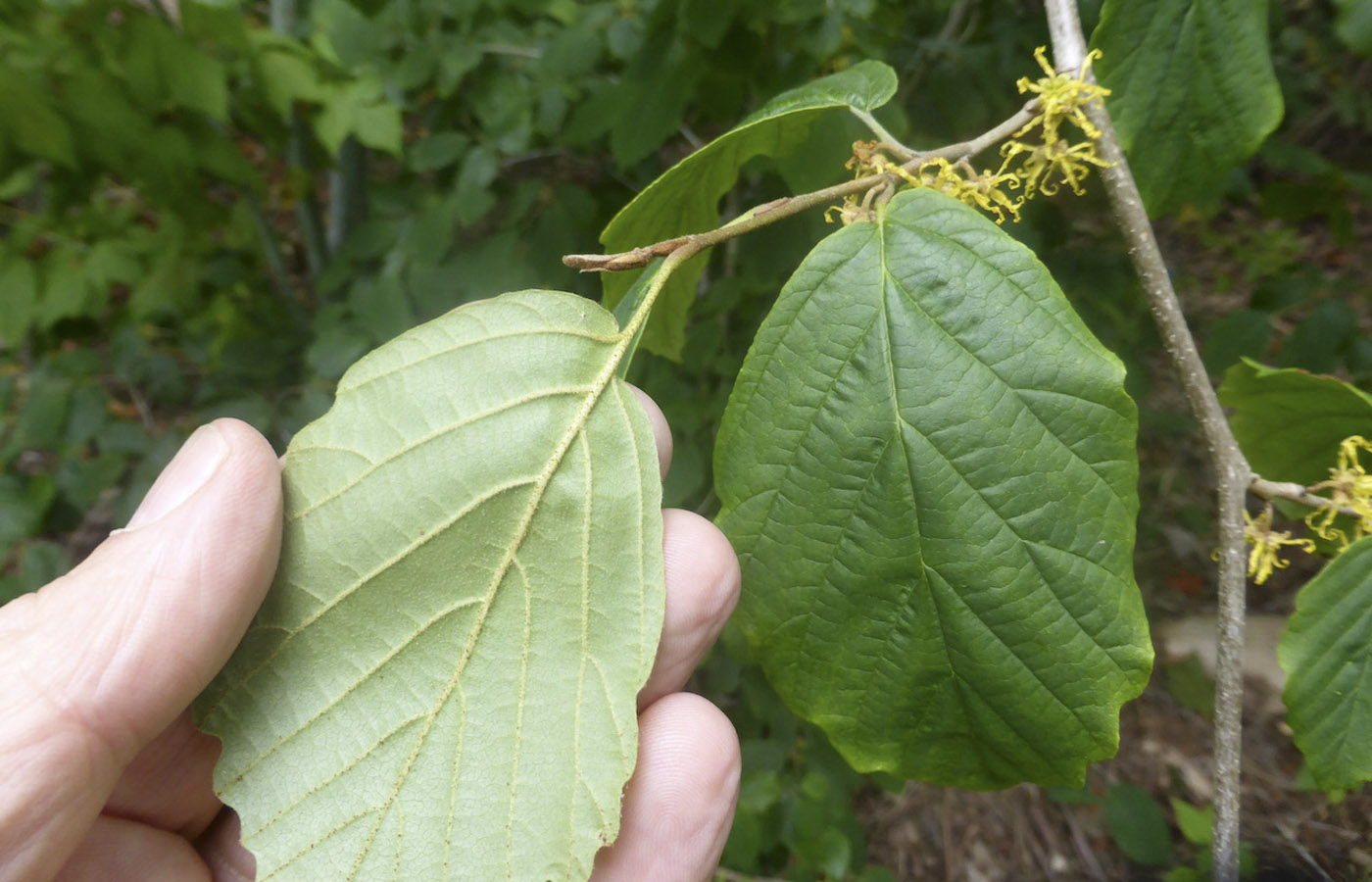 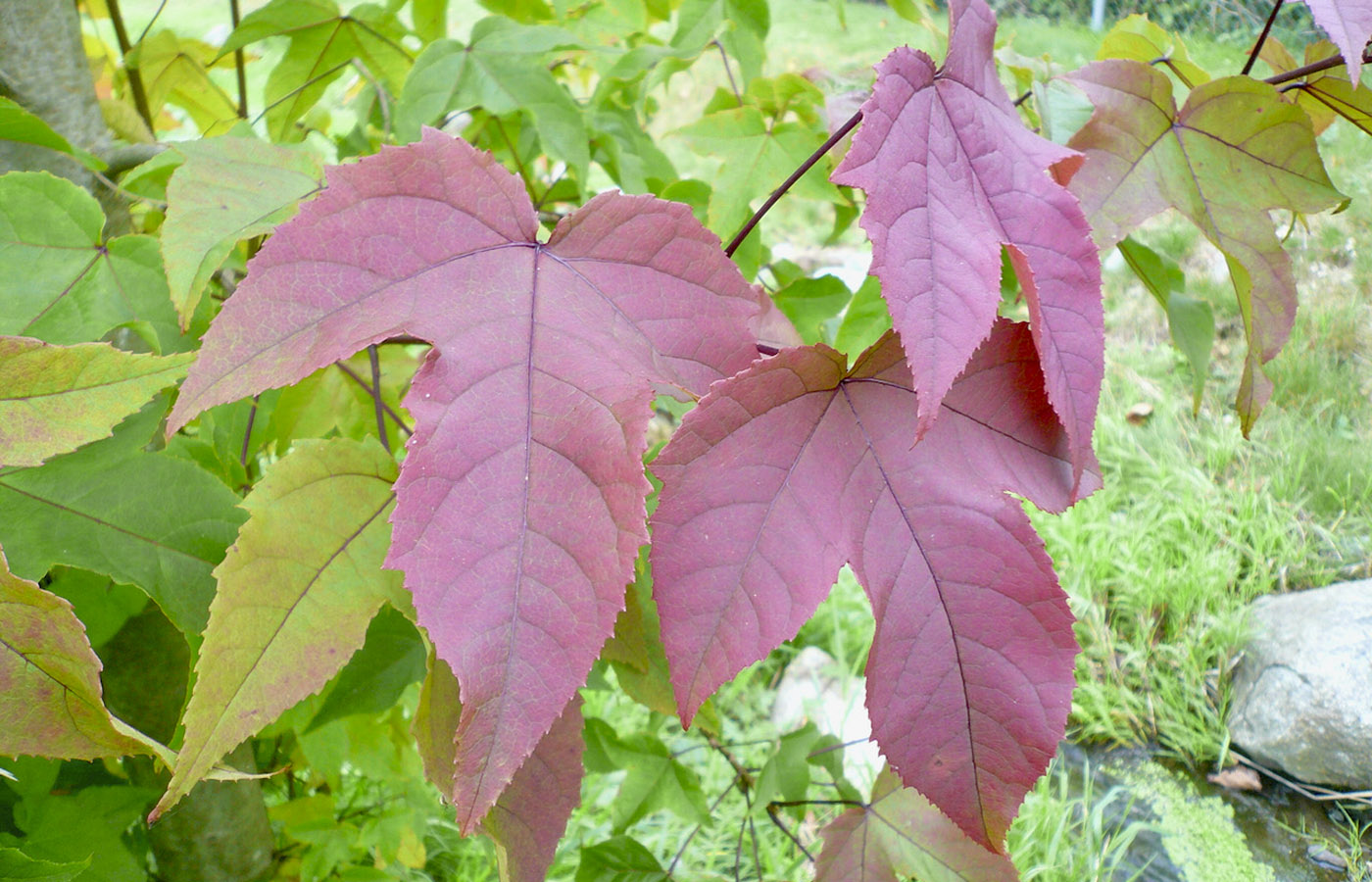 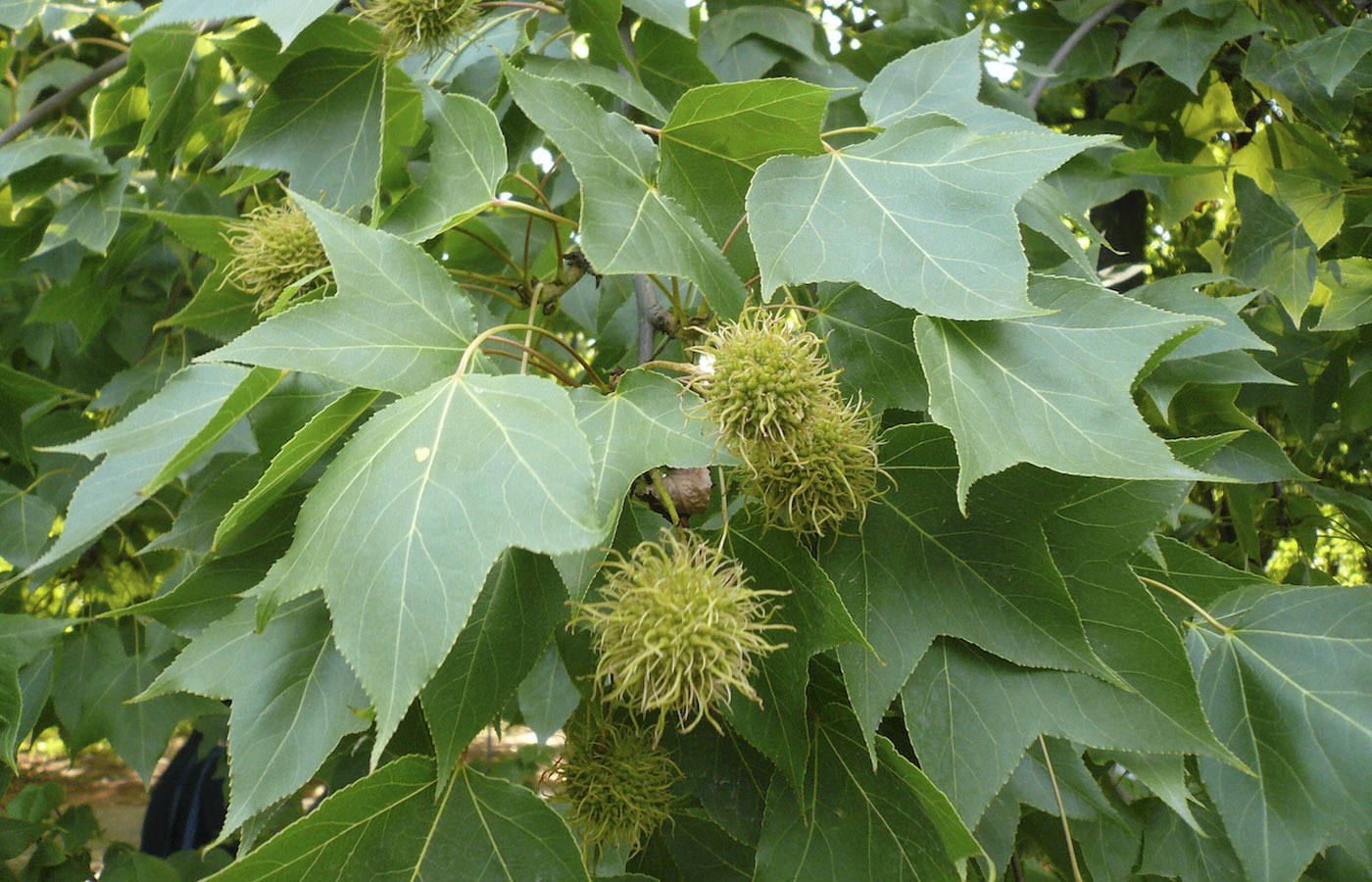 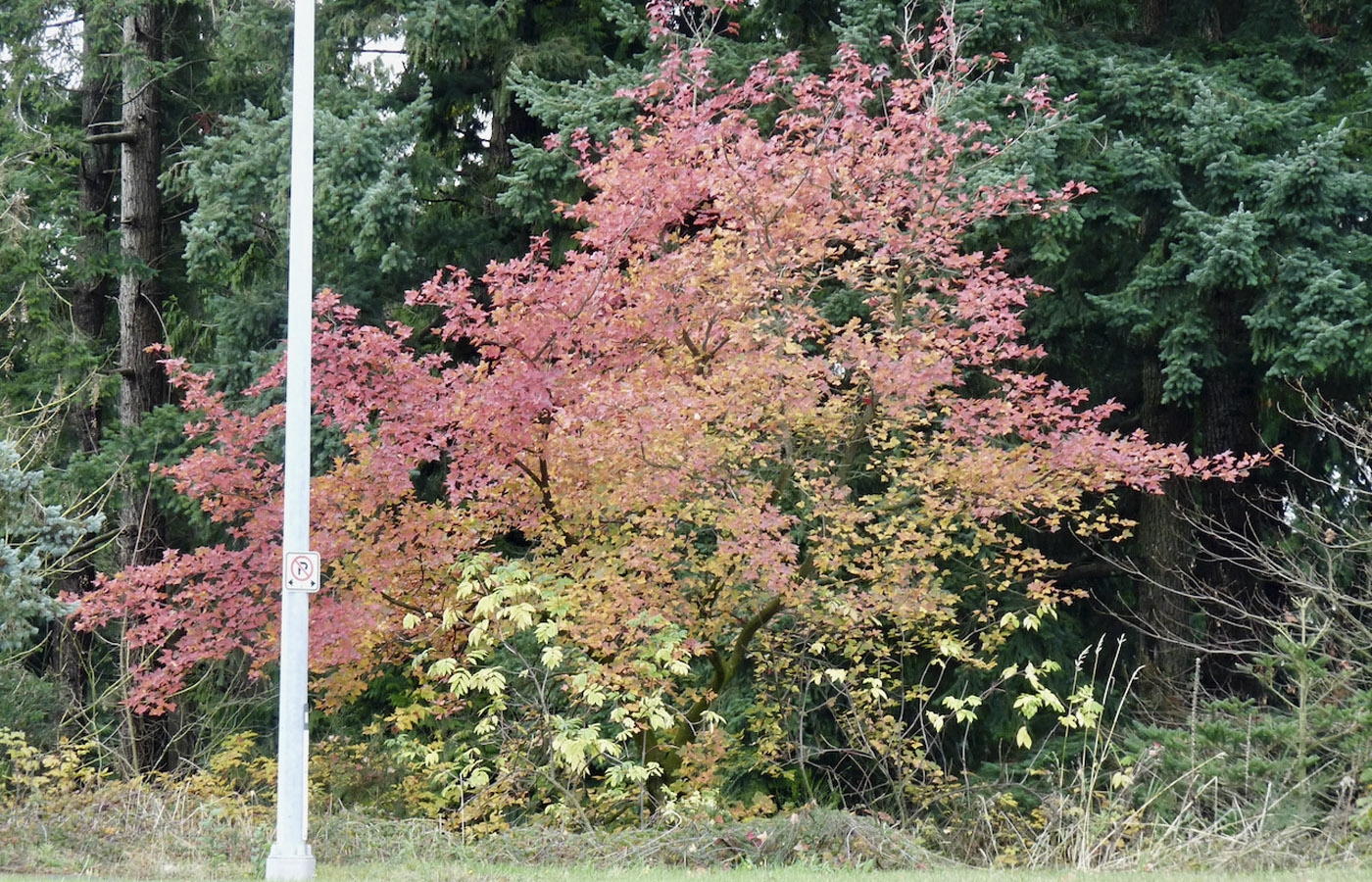 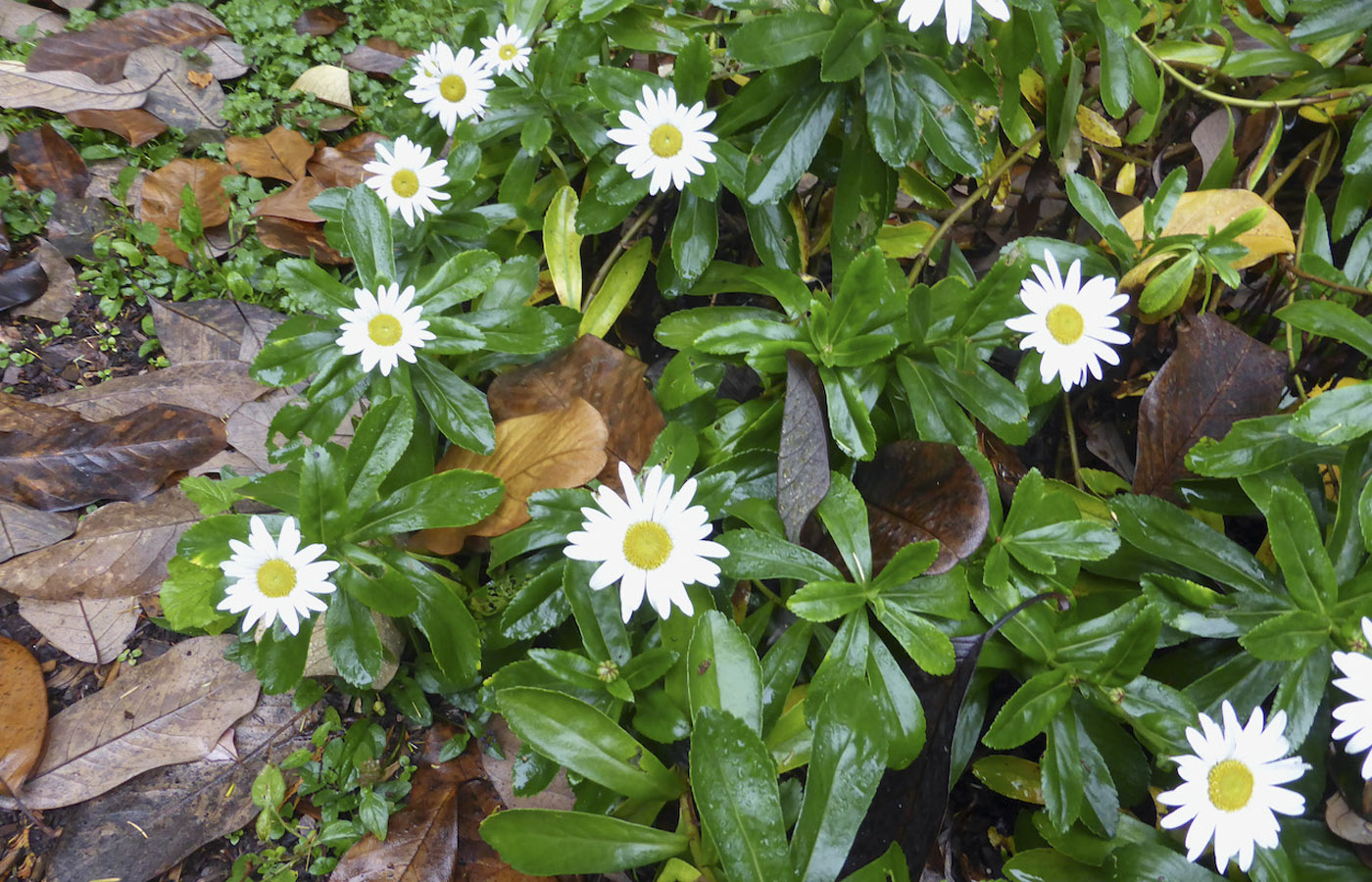 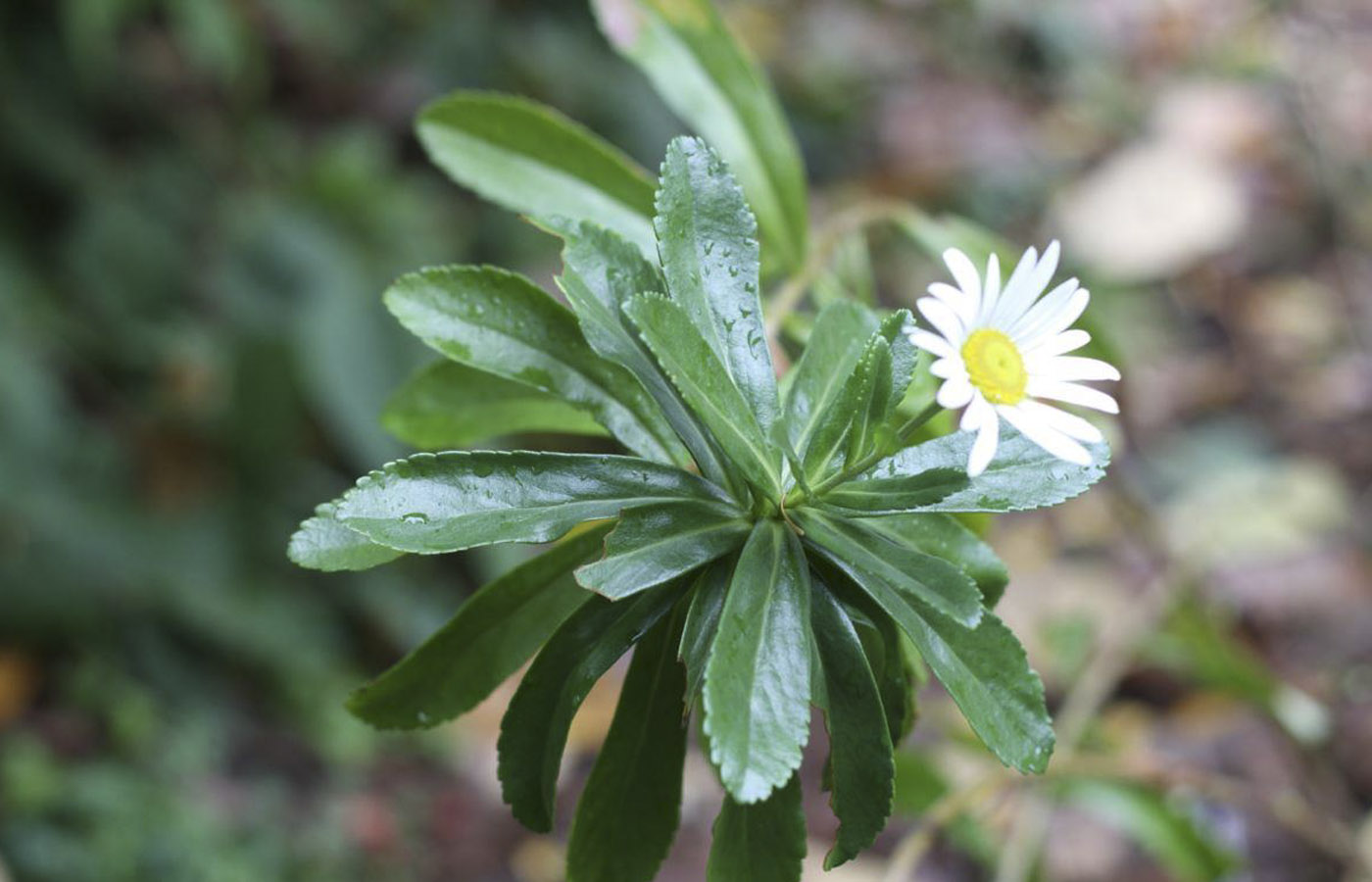 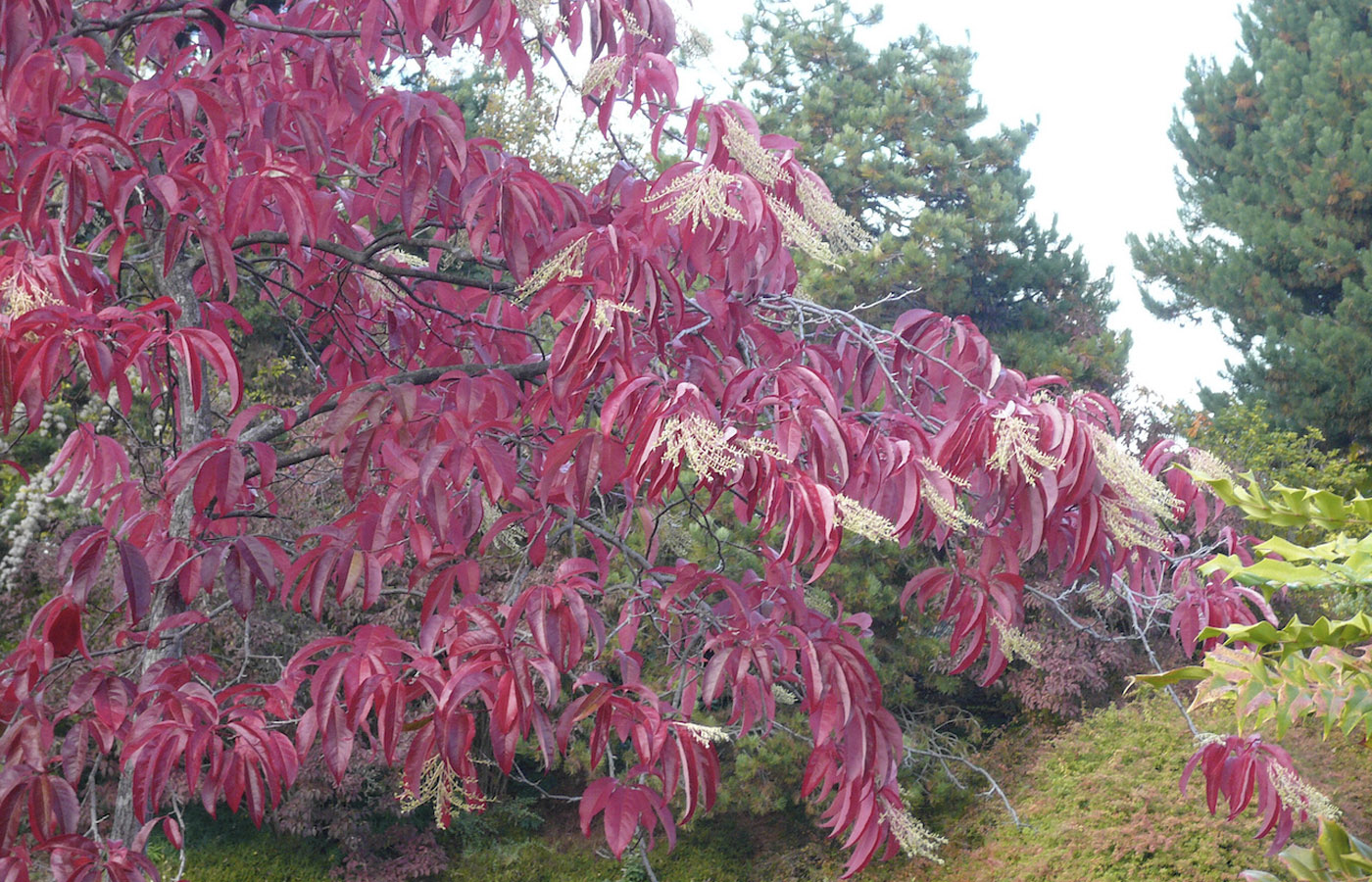 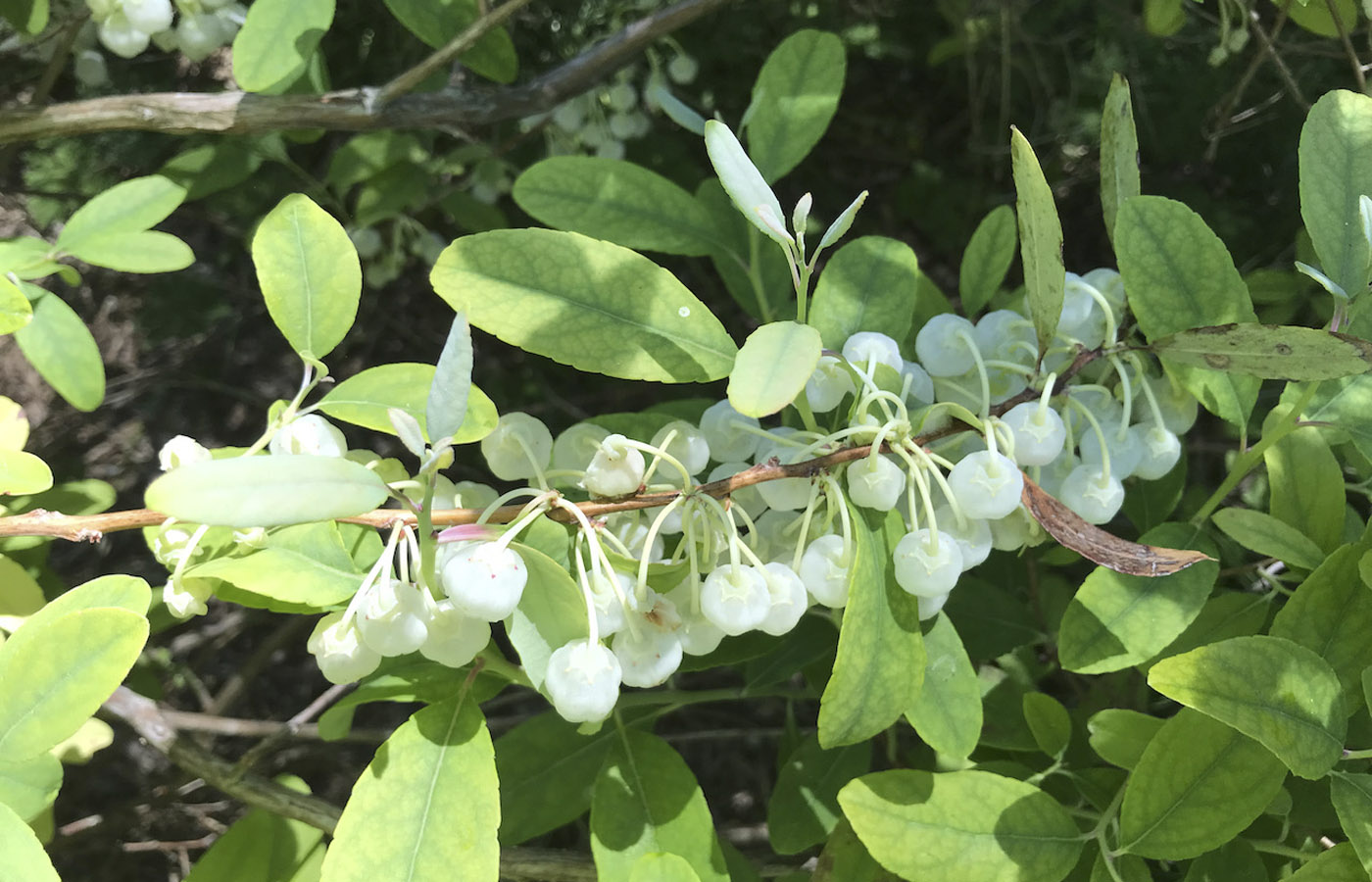 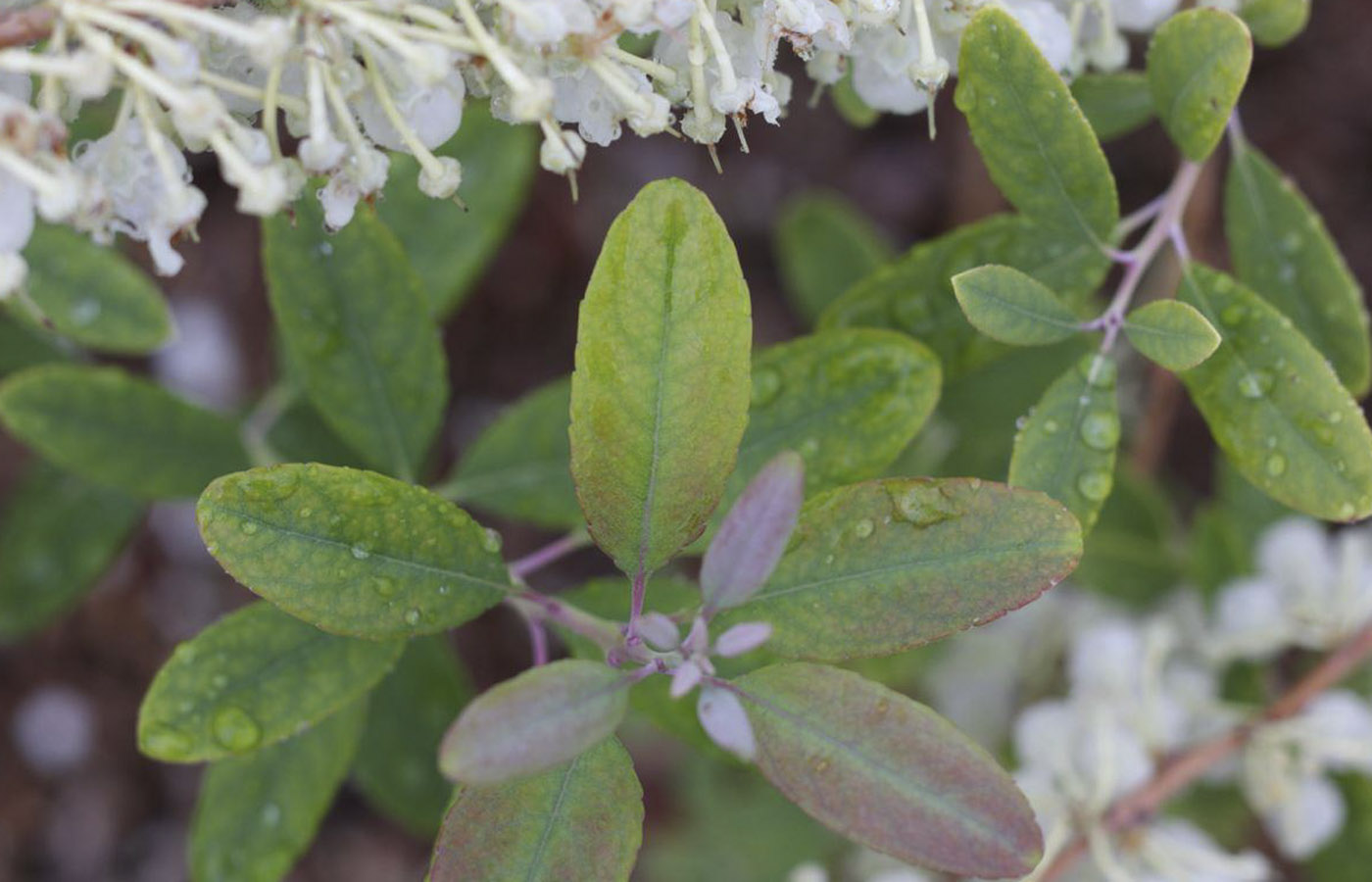 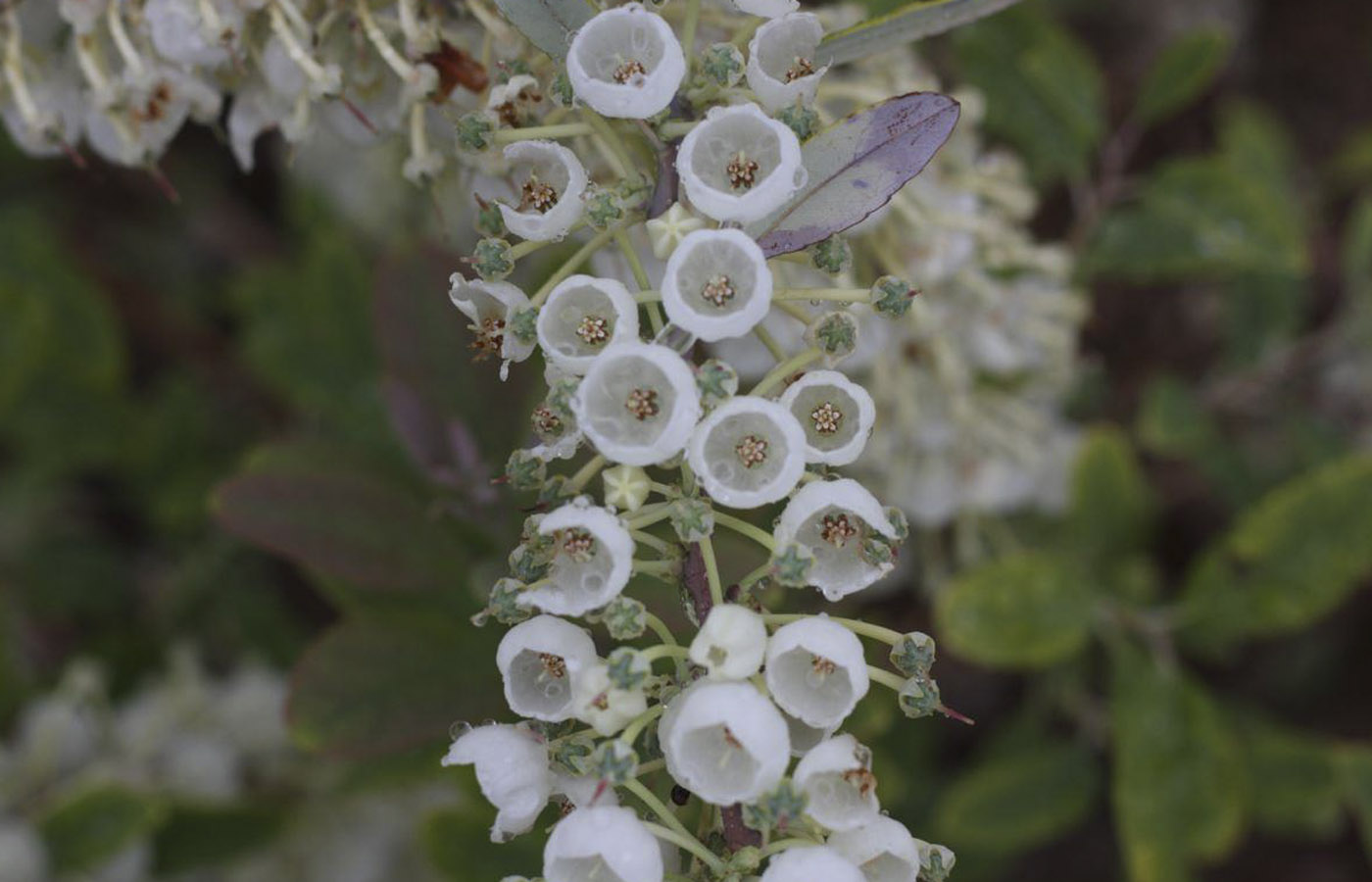 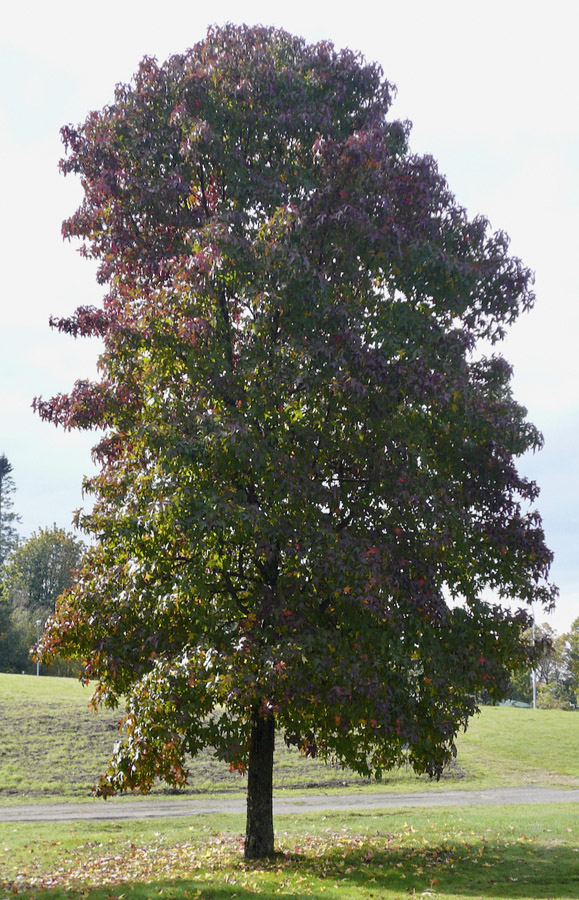