The living legacy of Peter Wharton

Walk down almost any path in UBC Botanical Garden’s Asian Garden and you’re experiencing the living legacy of Peter Wharton. As you explore the signature garden named for David C. Lam , you may find yourself thinking about how natural it feels, as if the maples and rhododendrons have always grown there together. That was Wharton’s intention.

Wharton held the belief that it’s important that you understand how things fit together in nature when you’re building a woodland garden, explains Douglas Justice, Associate Director, Horticulture & Collections, who was an undergraduate student in horticulture at UBC when Wharton was the curator of the Asian Garden in the 1980s. 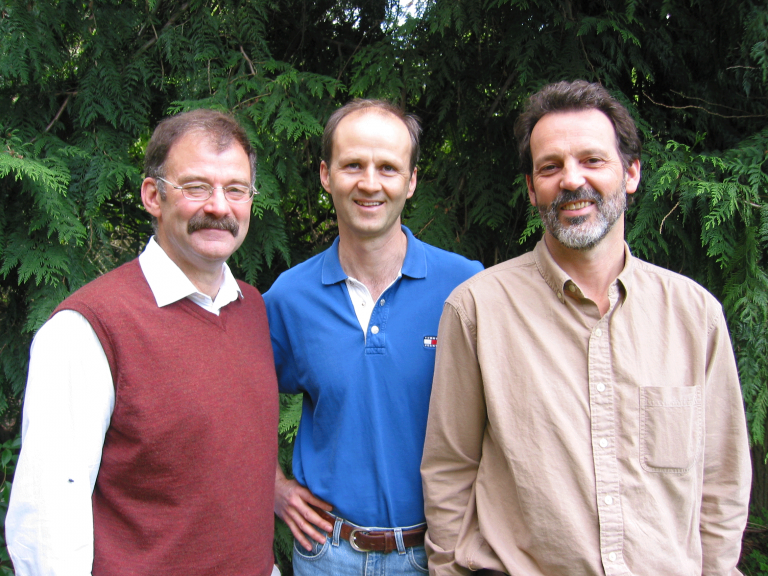 Travelling to Asia on collection trips allowed Wharton to fine-tune that philosophy and learn how to fit plants together ecologically and aesthetically. On those trips to Asia, specifically the mountainous regions of western China and Korea, Wharton collected a variety of plants, including a number of smaller maple (Acer) species.

There are some 130 Acer species, most of them inhabiting moderately cool and moist environments in mountainous terrain around the Northern Hemisphere. The vast majority are native to Asia, and about half this number are represented at UBC Botanical Garden. The maples were initially collected because they are common associates of the Asian rhododendrons featured in the Garden. Maples also thrive in Vancouver’s cool, moist climate.

Many maple seeds were given to the Garden through botanical garden seed sharing programs or through Wharton’s personal contacts and other collectors with whom he had built strong relationships through years of written letters between them.

Wharton’s work has carried on in the Garden’s ever-expanding collection of maples. The Garden’s success is marked by many notable achievements, including Botanic Gardens Conservation International (BGCI) recognizing the Garden’s maples collection as the second most important conservation collection of maples in the world, after Harvard University’s collections at the Arnold Arboretum. The recognition was due to the accurately-documented collection’s number and proportion of rare and endangered species and their known-provenance status.

One of the reasons UBC places so highly in the BGCI index of important maple collections is the collection of the rare Acer pentaphyllum (five-finger maple), a critically endangered species in its native Sichuan, China.

The Garden’s maple collection is one important for both its aesthetic and conservation value. As Justice explained, you create a collection of plants not just for its scientific or conservation value, but also for it to be a place of rest and appreciation of the natural world.

“If you can arrange plants in a way where you can save plants, educate people and give them joy, it is very fulfilling. And that’s what Peter wanted.”