October is a popular time in the garden. Almost everyone notices the seasonal changes in plants because of the transition from the cool, restful shades of green to the warmer hues presented by leaves and berries. Whether we look forward to the duller, soggier days ahead, we can still appreciate nature’s subtle signaling. This year we can’t promise great autumn colour on absolutely everything (although there will still be plenty), as summer heat and low humidity has a baking effect on many deciduous plants. However, fruits of many sorts are prolific this year and October will be a boon for people (and birds, as well).

Consider the kirengeshomas: hydrangea relatives noted for their bold, jagged-edged leaves and yellow waxy flowers. Once the flowers have been pollinated and the petals have fallen away, the seed-containing ovaries, which are held high above the withering leaves on wire-like stems, expand to become a glossy, marble-sized fruit with antennae-like appendages. Very weird.

Kiwifruits are not only true berries, but edible as well. The familiar kiwifruit Actinidia deliciosa, an impressively vigorous climbing species native to China. The fruits are normally produced on our plants (Upper Asian Way at Stearn Trail, in Wharton Glade and in the Food Garden), but only when both male and female flowers (borne on separate plants) are available to pollinators. This year, the fruits are already developing, and if you look up, you can see some small kiwis developing on the upper branches of the female plant at the corner of Upper Asian Way at Stearn Trail.  The male plant is nearby, you can distinguish for its thick, twisted trunk around at the corner of Upper Asian Way and Farges Trail.

The hydrangea family has other surprising fruits in store. The typical hydrangea has a tiny urn-shaped dry, capsular fruit. Individually insignificant, the typical hydrangea capsule is borne in a mass of hundreds of capsules on a spreading inflorescence surrounded by a circle of showy, but sterile flowers. Lovely en masse, but not very exciting, unless you have a microscope. On the other hand, Hydrangea febrifuga, the hardy dichroa, produces masses of indigo blue berries in the fall. Andy Hill, Curator of the David C. Lam Asian Garden, collected seed from a population of in Sichuan Province in China in 2009. A sizeable grouping of these seedlings on Siebold Trail at Rock Trail now regularly produce these extraordinary fruits. 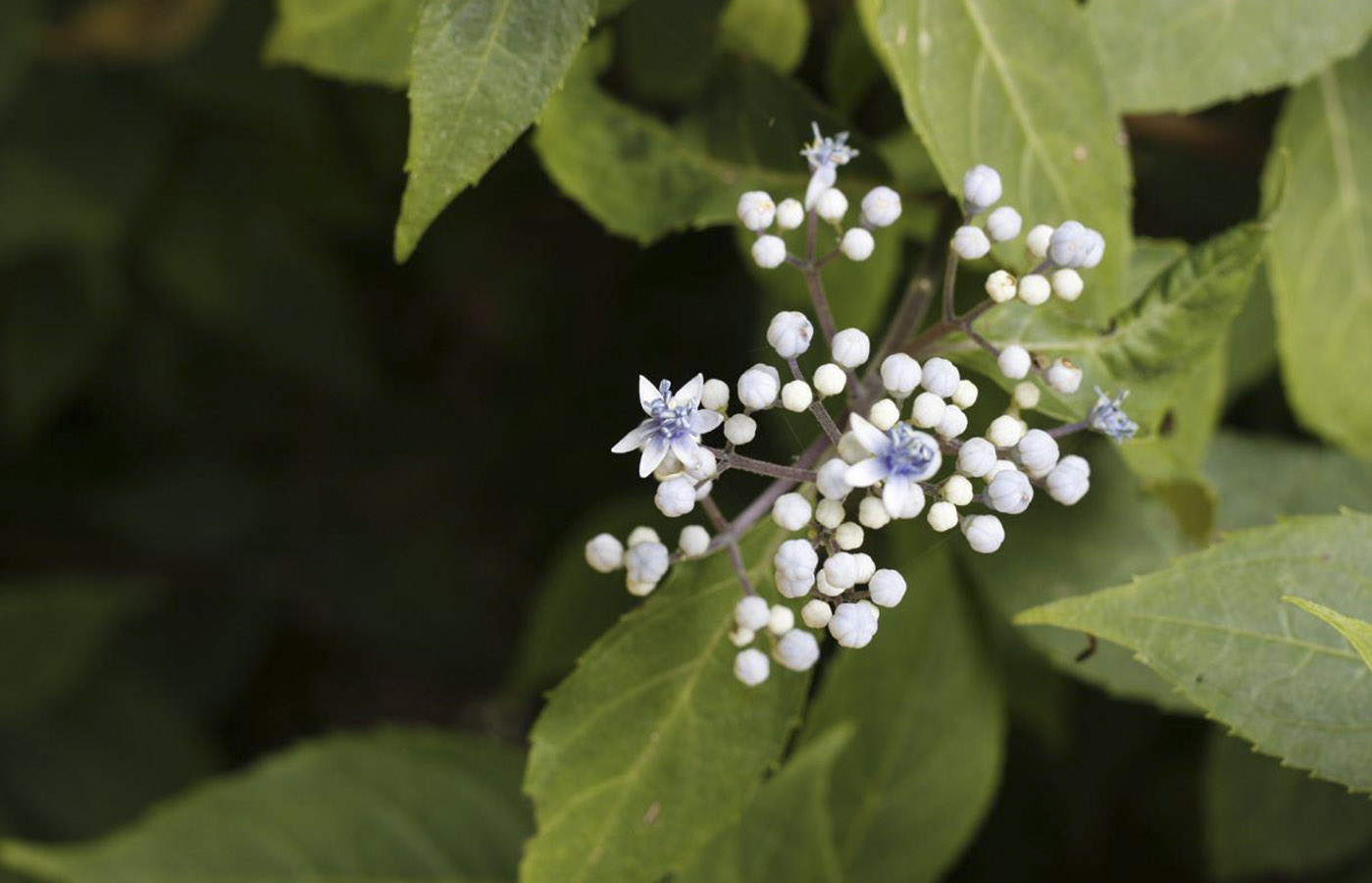 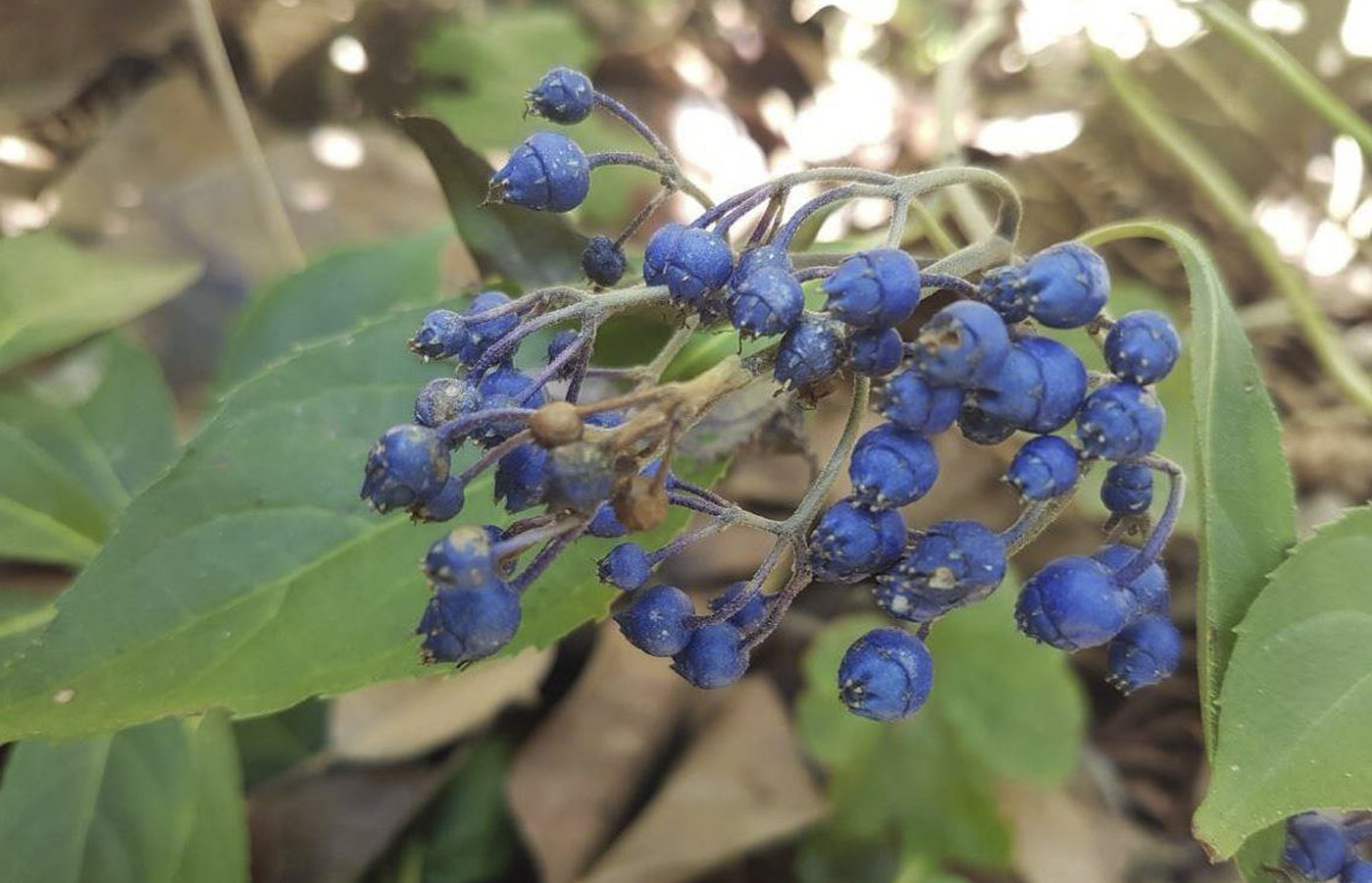 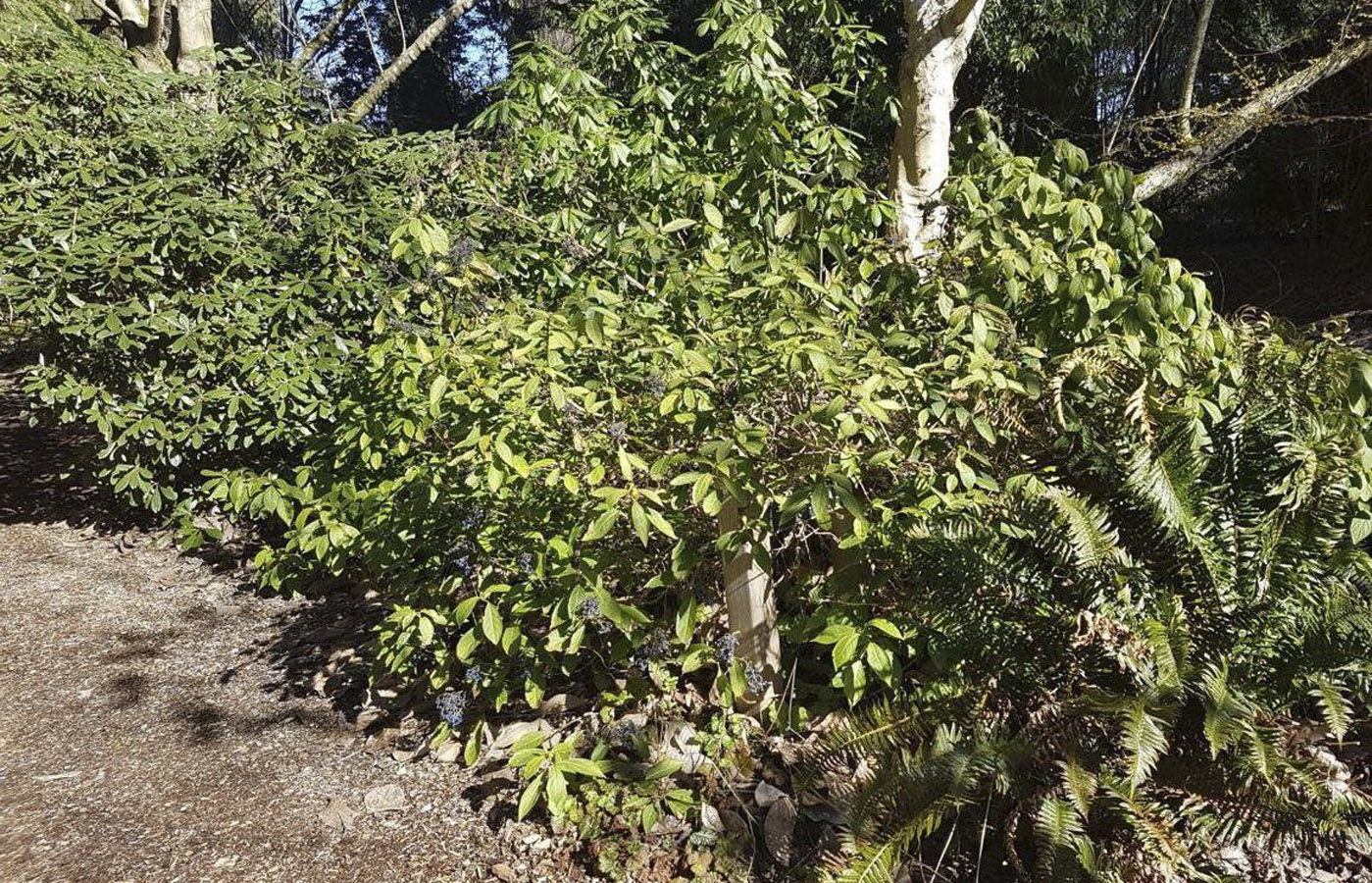 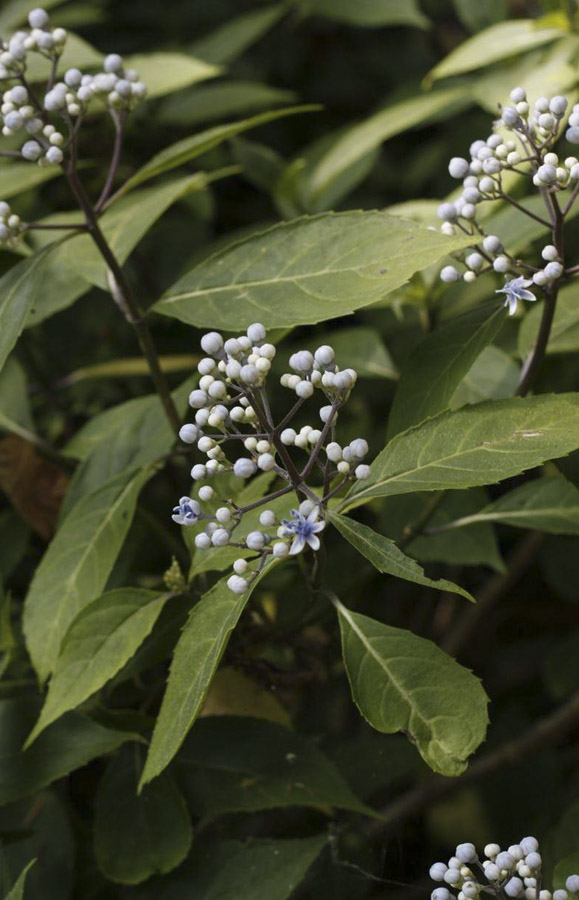 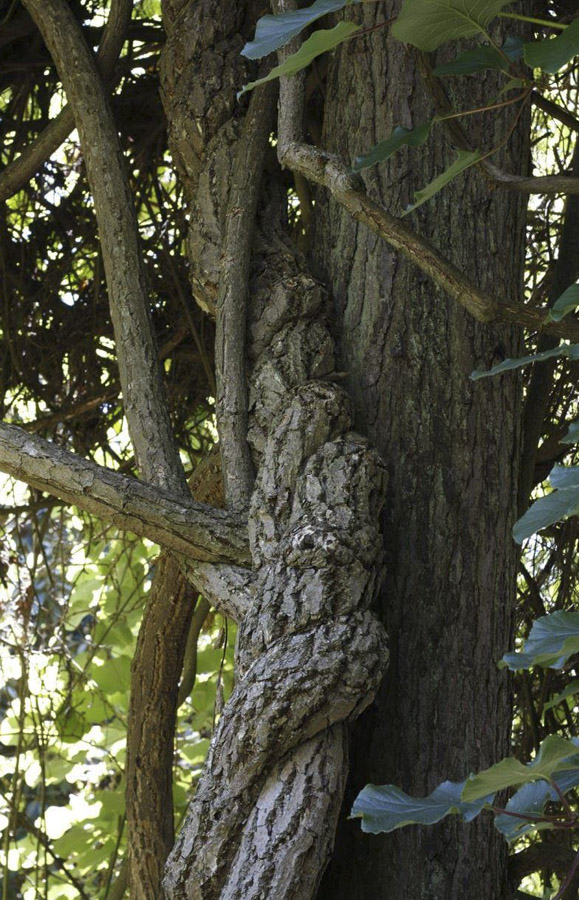 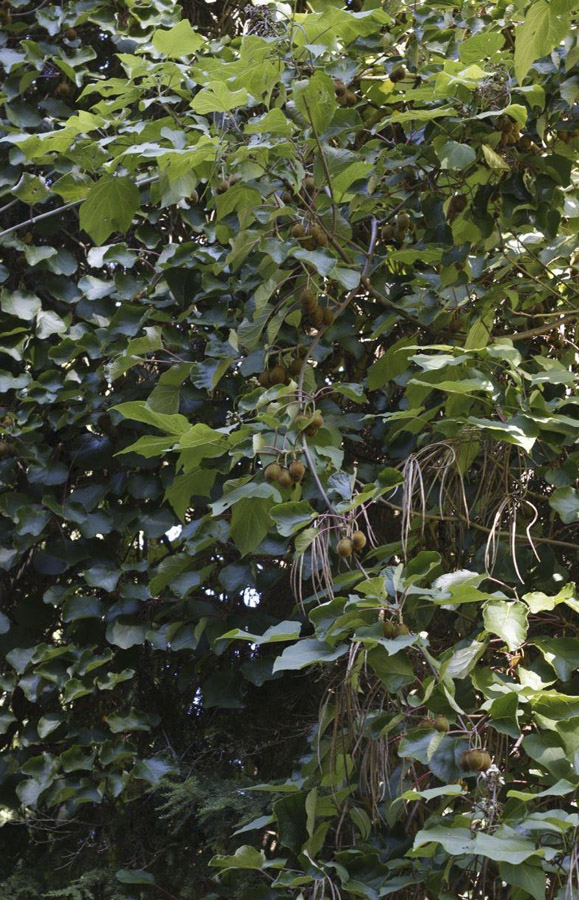 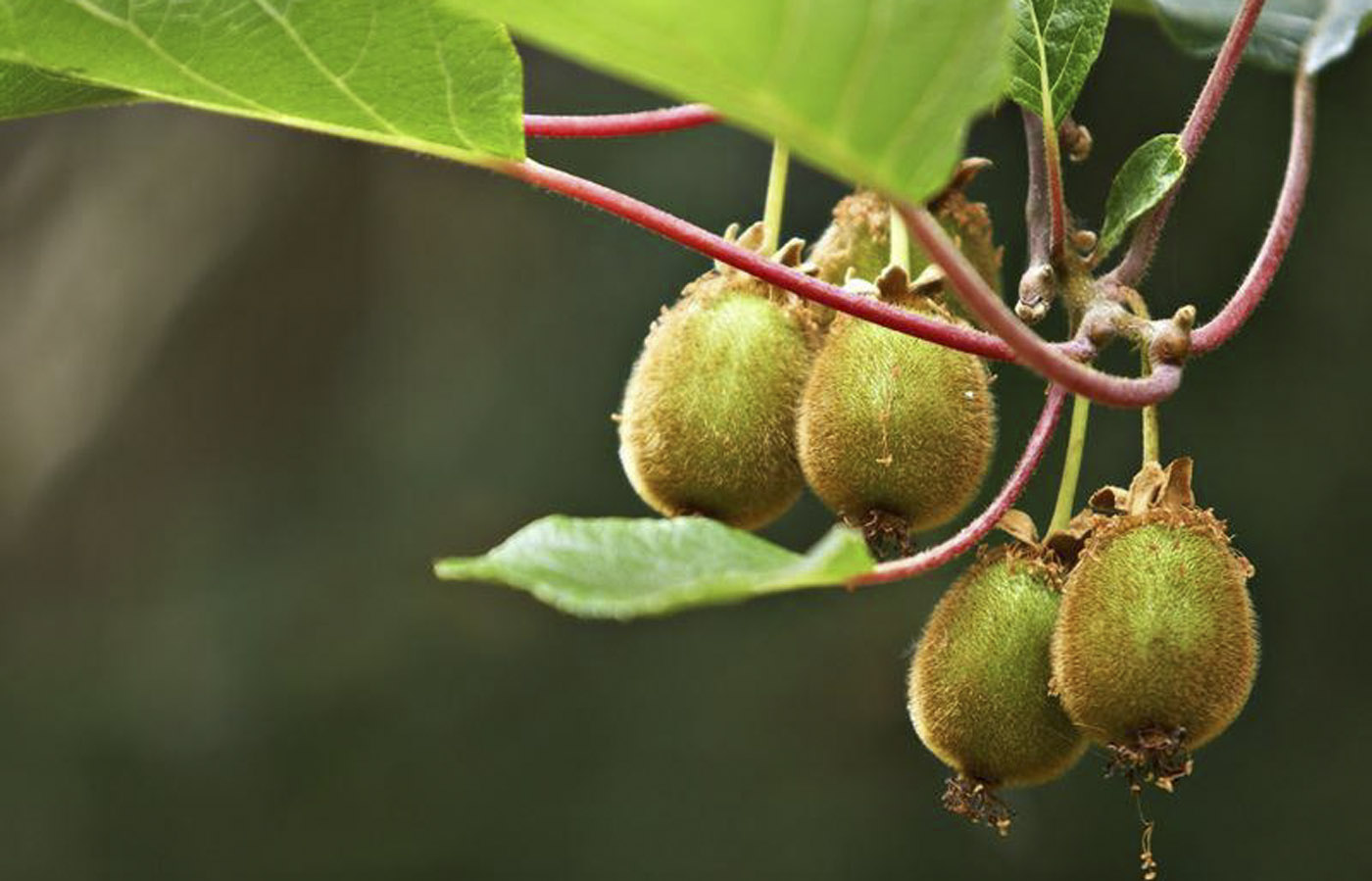 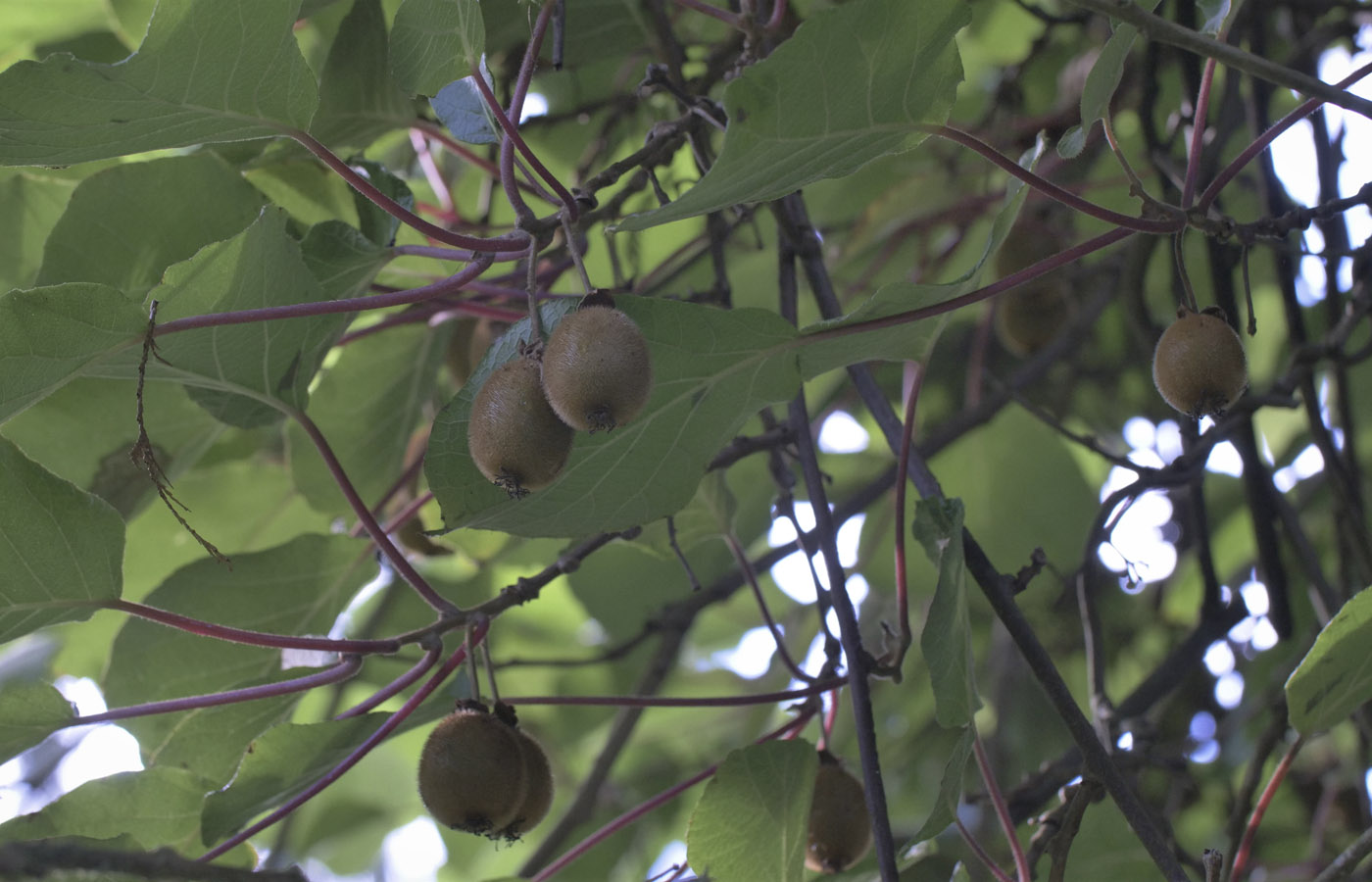 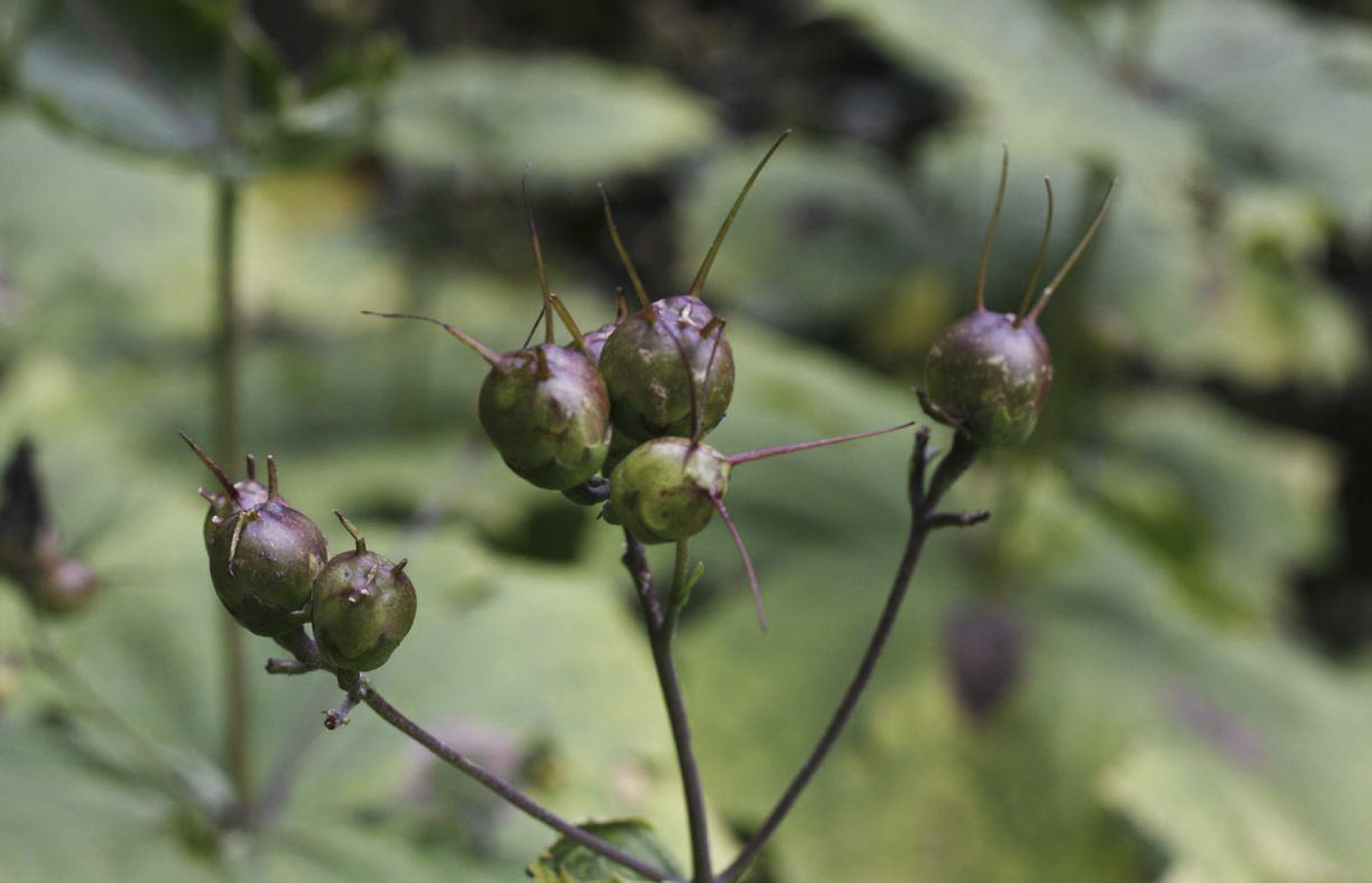 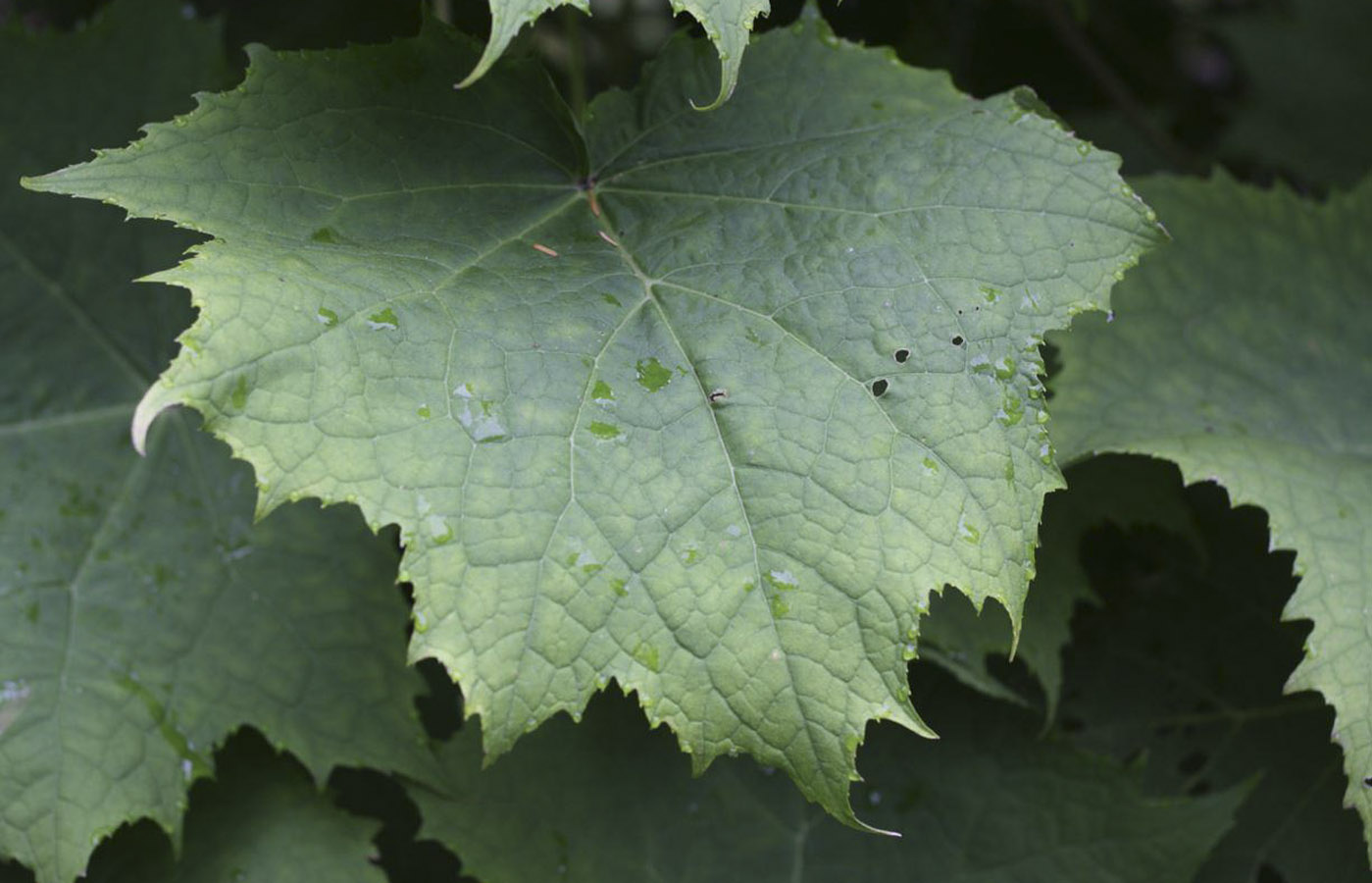 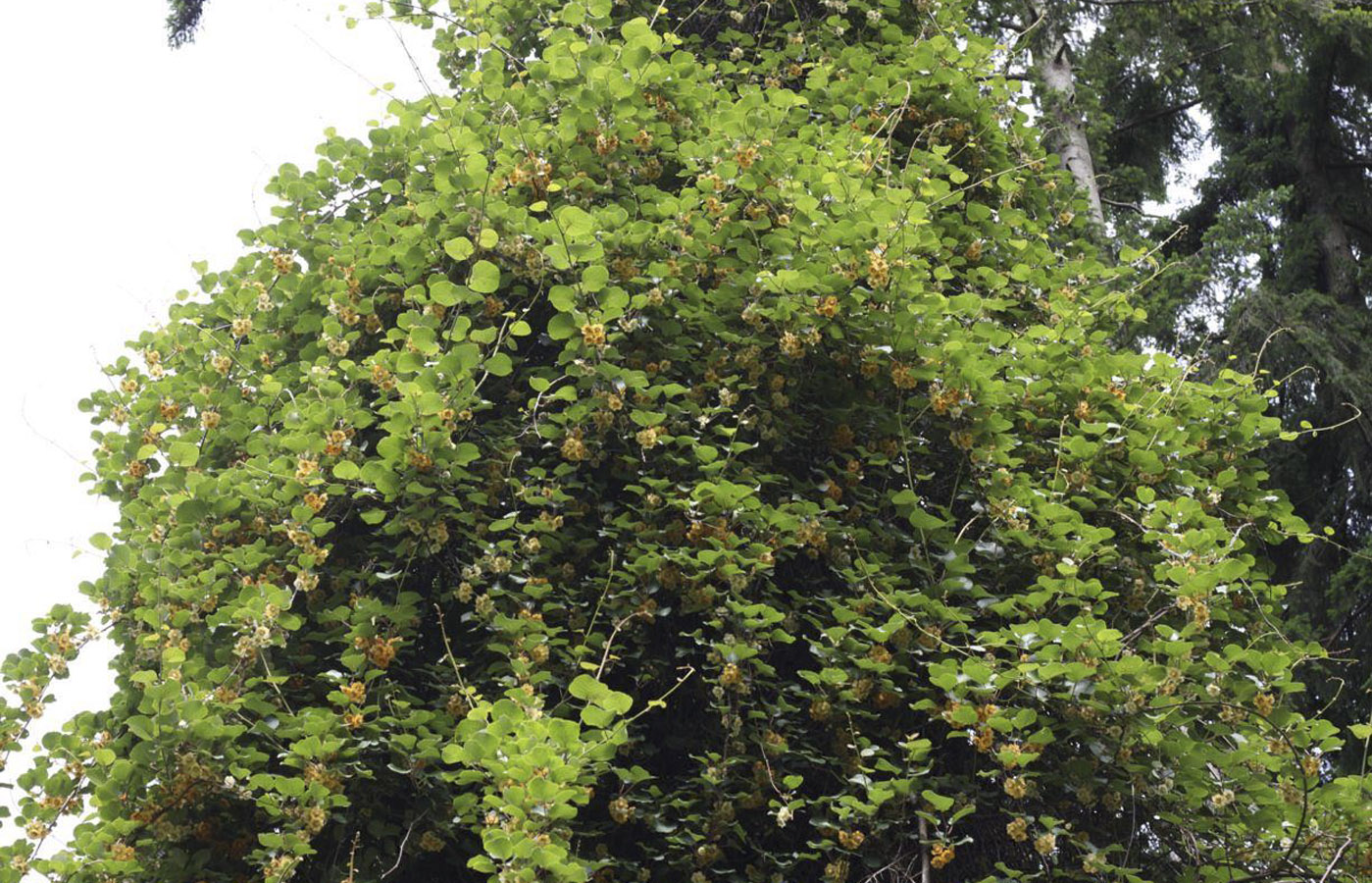 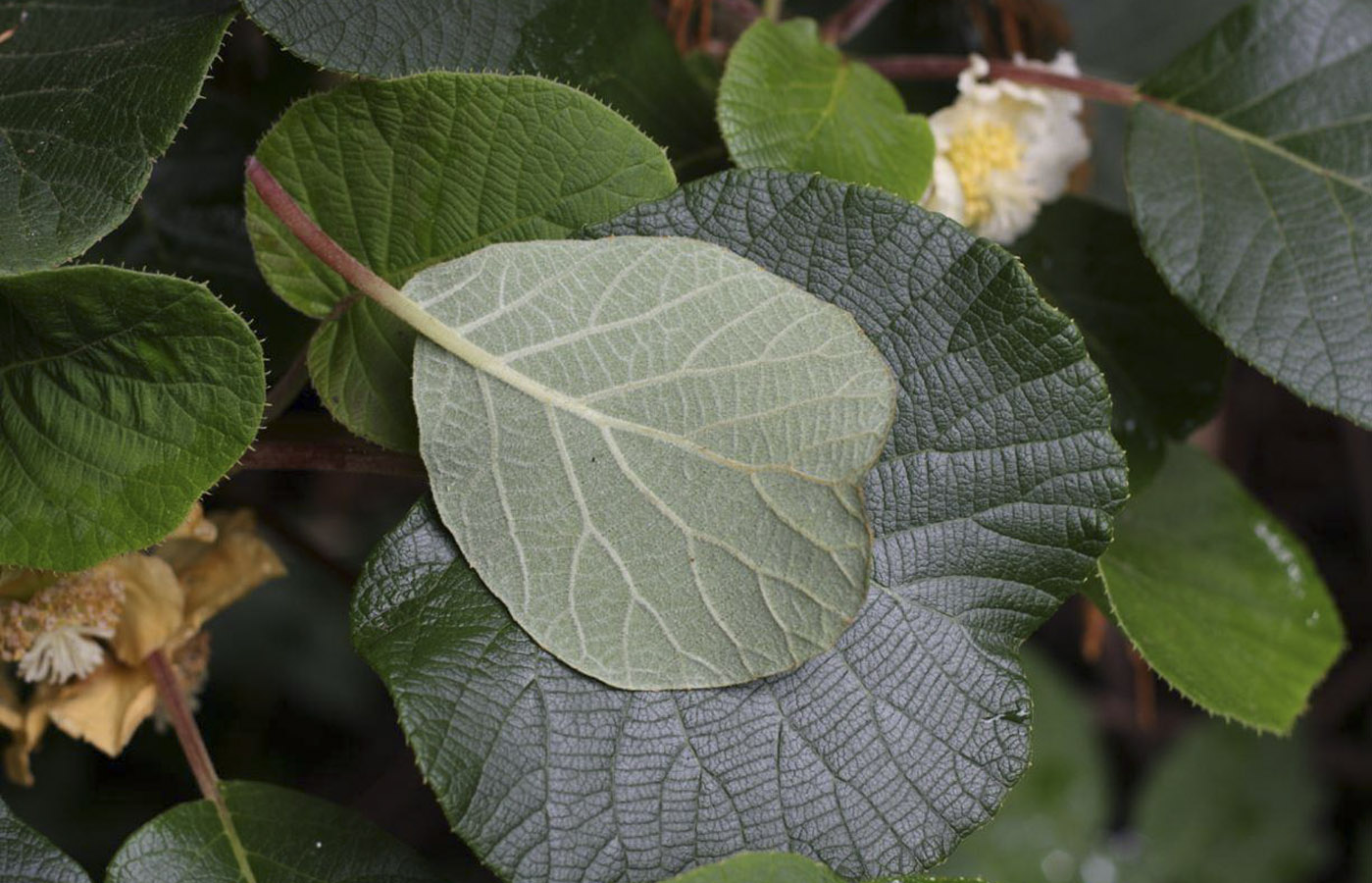 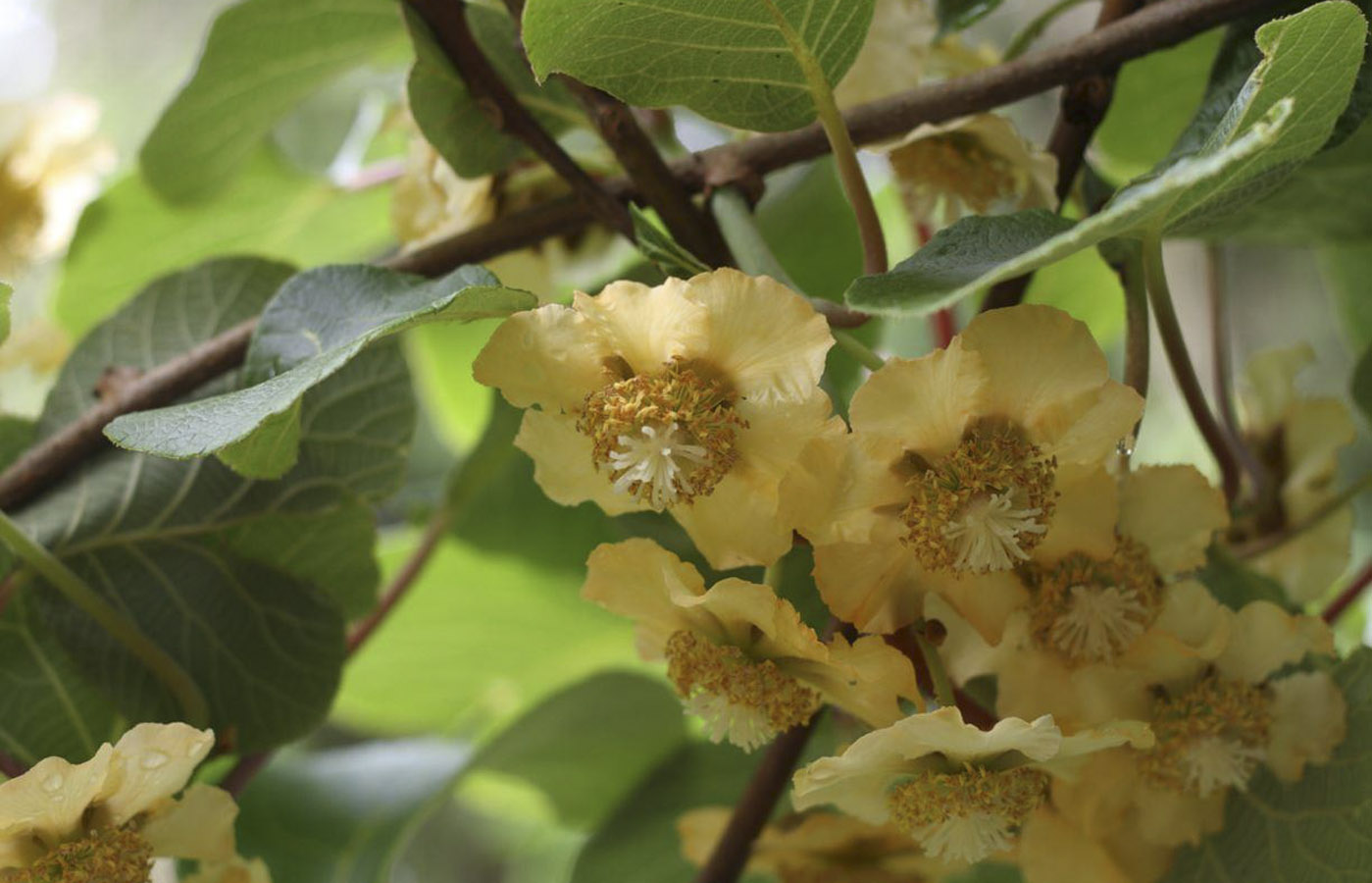 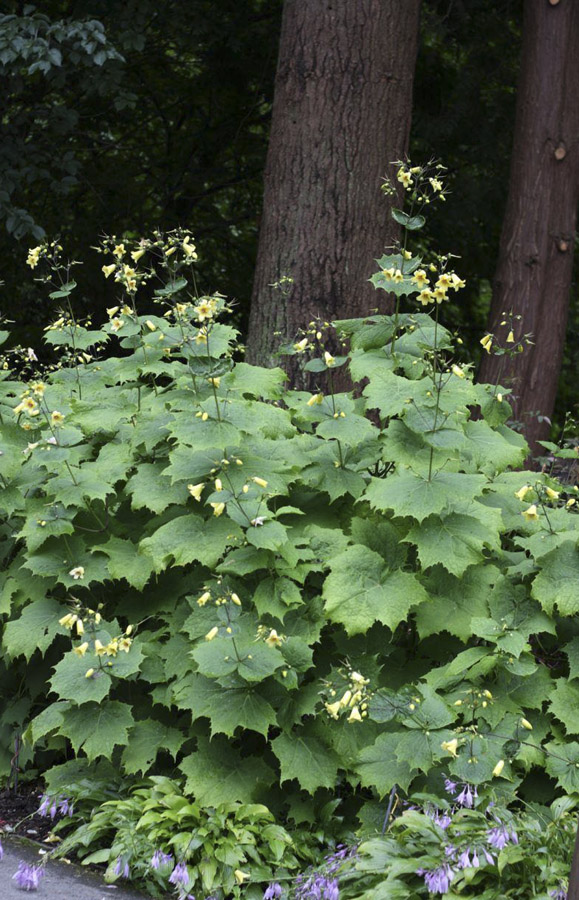