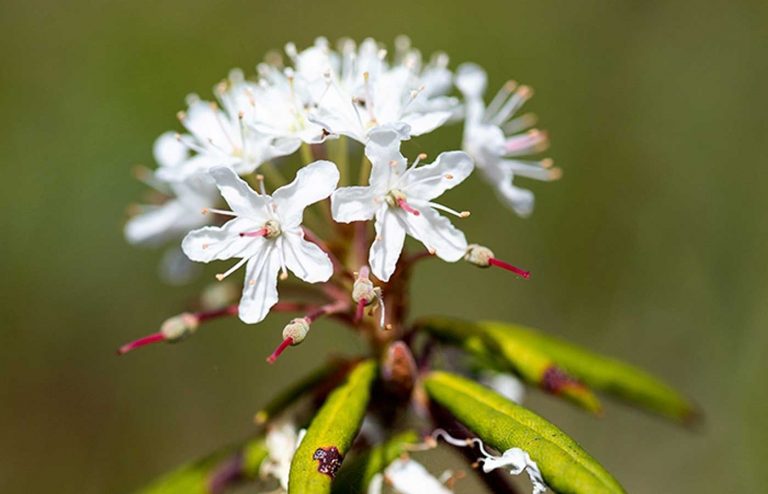 For a self-guided tour, use Garden Explorer to locate plants featured in this month’s post. Select a tour in the drop-down menu. Note: see the end of the article for a gallery of photos.

May brings a huge variety of plants into flower in the Botanical Garden. The Carolinian Forest Garden, which is usually celebrated more for its tree collection than its flowers, is worth venturing into in May (or at any time, really). Here, we feature rhododendrons from the Appalachian region of Eastern North America. These are “late flowering,” compared with most of our Asian species, and this means flowers in May and June. You can find the dark pink Rhododendron catawbiense (Catawba rhododendron) and the lighter Rhododendron maximum (rosebay rhododendron), as well as a white flowered form of Rhododendron minus var. minus (piedmont rhododendron), together with the spectacular, deciduous Rhododendron calendulaceum (flame azalea) in flower among the trees of this maturing arboretum. Somewhat later in May, and with flowers more staid in colour (white to light pink) is the smooth azalea Rhododendron arborescens. What this azalea lacks in colour it more than makes up for in the strong, clove-like fragrance of its flowers. The richly fragrant, bright pink Rhododendron prinophyllum (the so-called early azalea) and the smaller-flowered, more subtly-coloured (but no less fragrant) Rhododendron canescens (mountain azalea) round out the American deciduous azalea show in May. Kalmia latifolia (mountain laurel), an endemic eastern North American rhododendron relative also produces its extraordinary blooms at this time.

In May visitors are treated to a spectacular show in the Garry Oak Meadow Garden. The ephemeral riot of colour is a mash-up of the purples, blues, whites and yellows (and of course, greens) of Plectritis congesta (sea blush), Camassia leichtlinii subsp. suksdorfii (great camas), Camassia quamash subsp. maxima (common camas), Fragaria chiloensis (beach strawberry) and Lomatium utriculatum (spring gold). This attractive combination looks very natural because these plants are actual associates in our local Garry oak ecosystems.

This is also a good time to see flowers in the shadier confines of the BC Rainforest Garden. One of our showiest natives is the clumping, false Solomon’s seal, Maianthemum racemosum. Formerly classified as Smilacina racemosa, false Solomon’s seal is considered a standout native perennial. Look to the boggier areas for Cornus unalaschkensis (dwarf cornel), and later, the tiny white-flowered trusses of Labrador tea, Rhododendron groenlandicum. On drier land, Pacific rhododendron, Rhododendron macrophyllum in both pink- and white-flowered forms, and various Vaccinium species, including Vaccinium ovatum (evergreen huckleberry), should also be flowering now.

May is definitely a time of unrestrained floral abundance in the Garden, and this is but a tiny offering to whet the appetite. You must come to see for yourself. 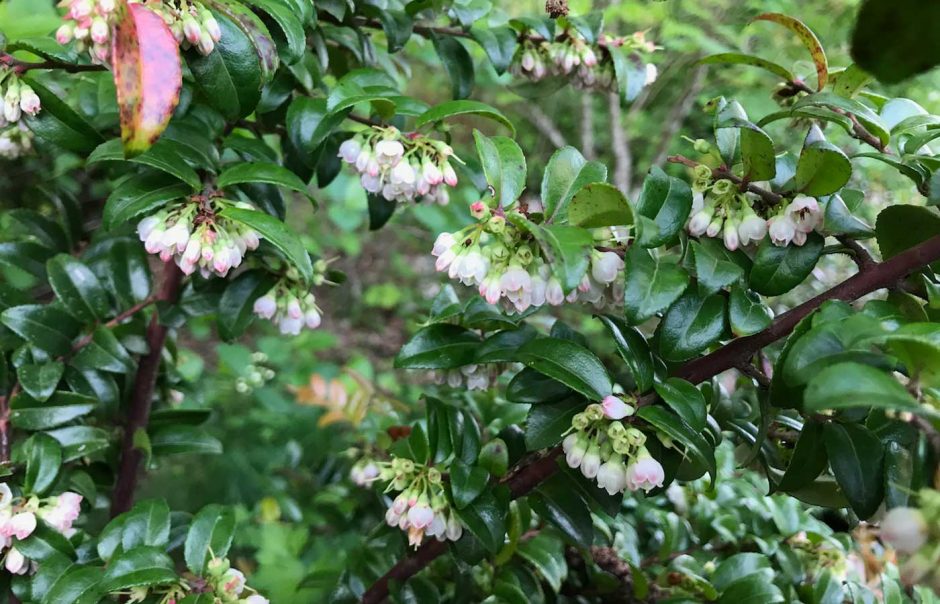 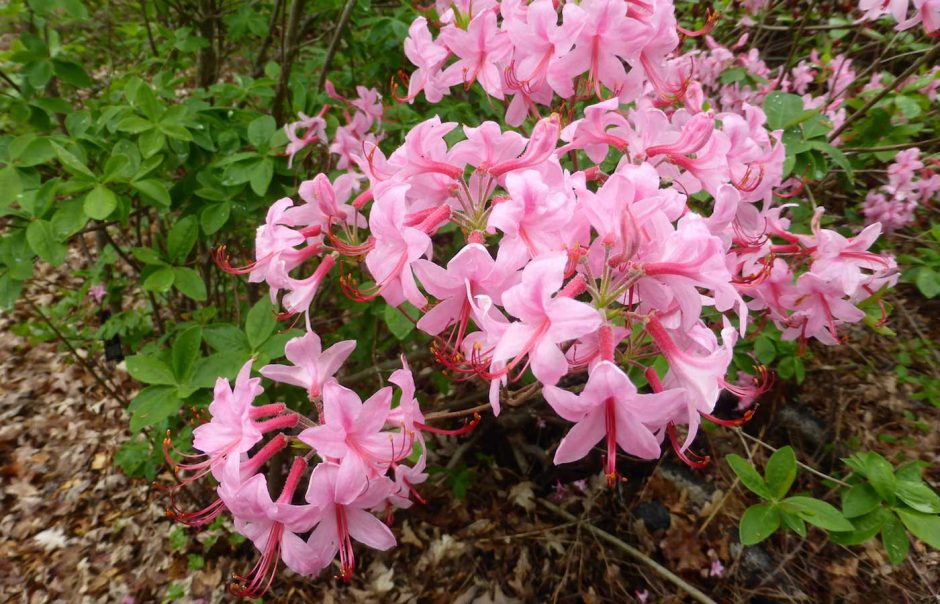 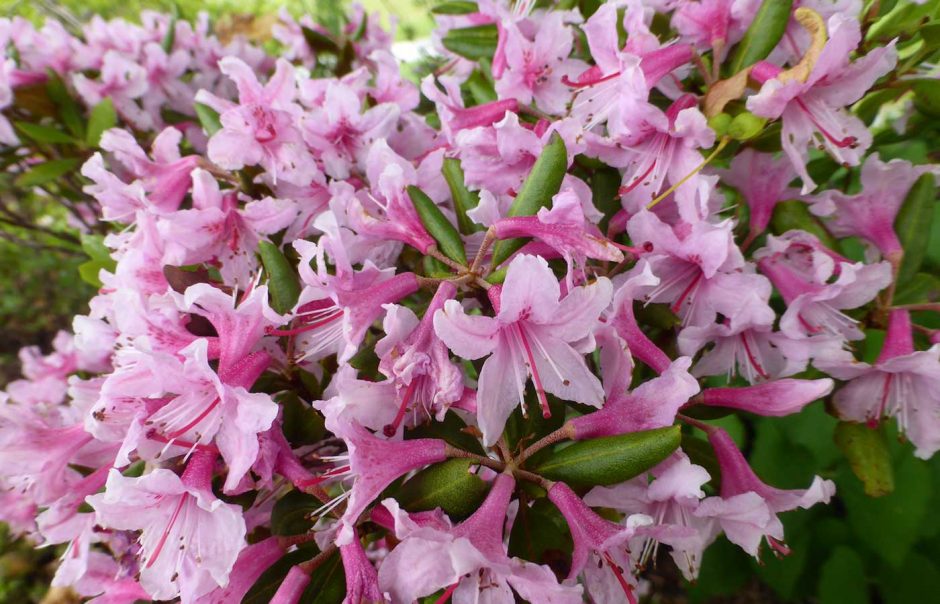 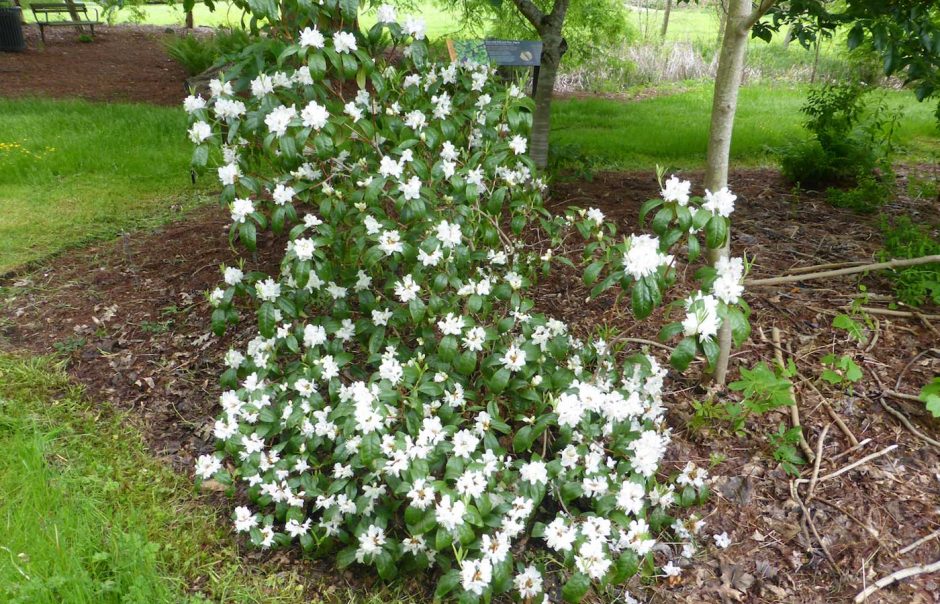 Rhododendron minus subsp. minus 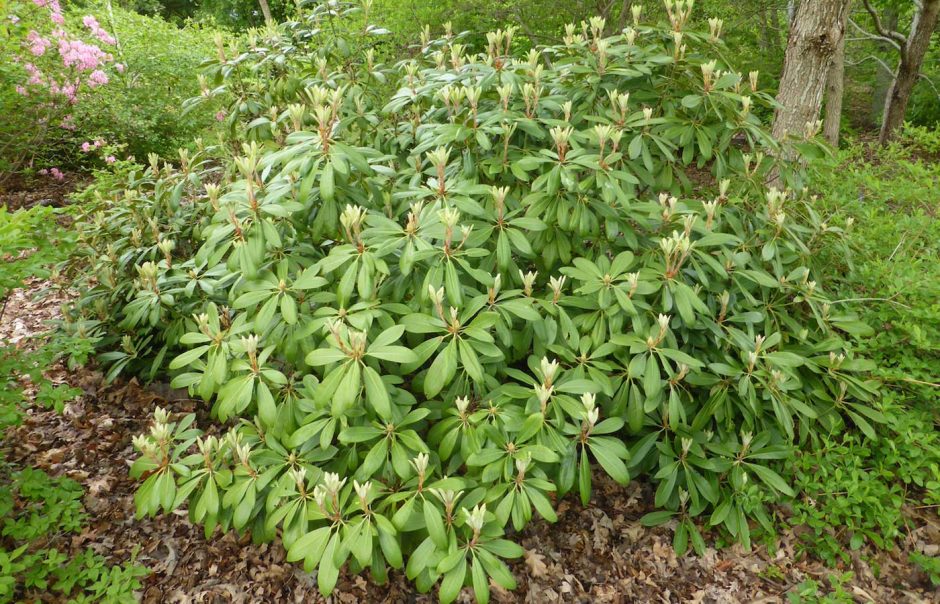 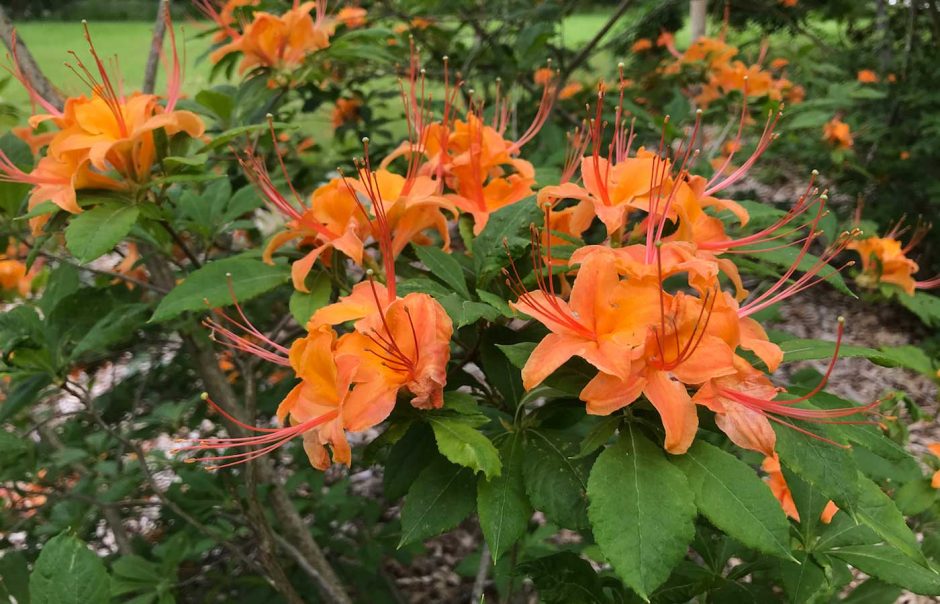 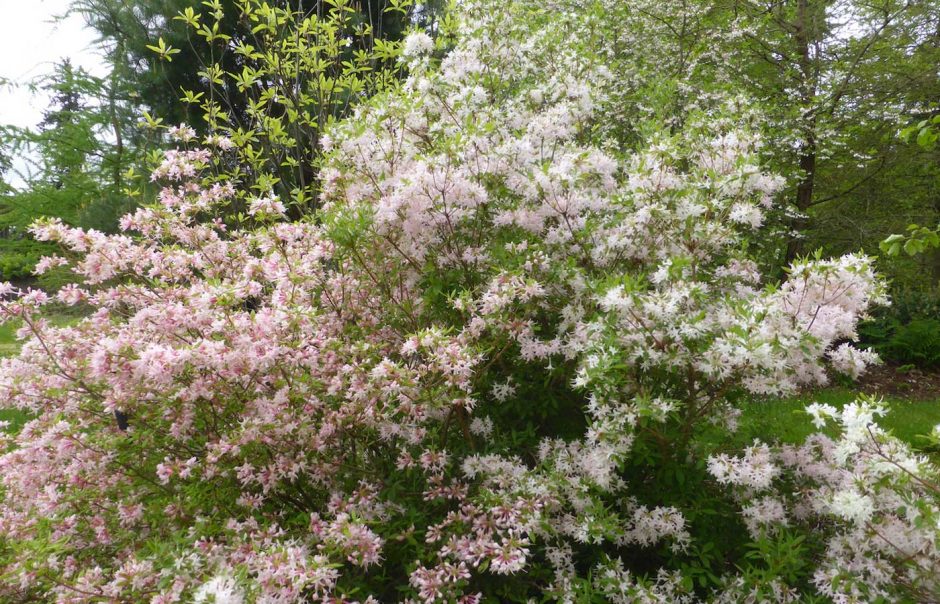 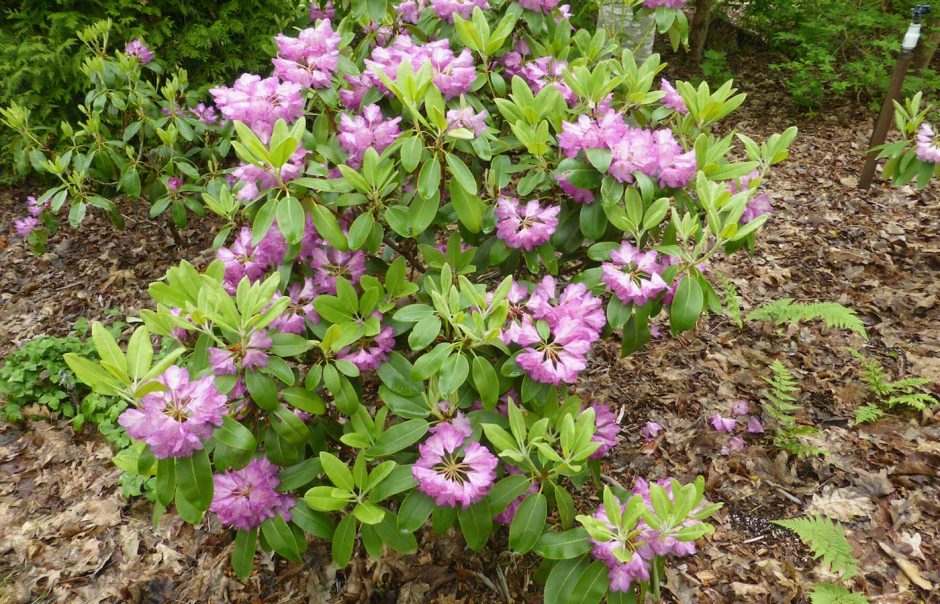 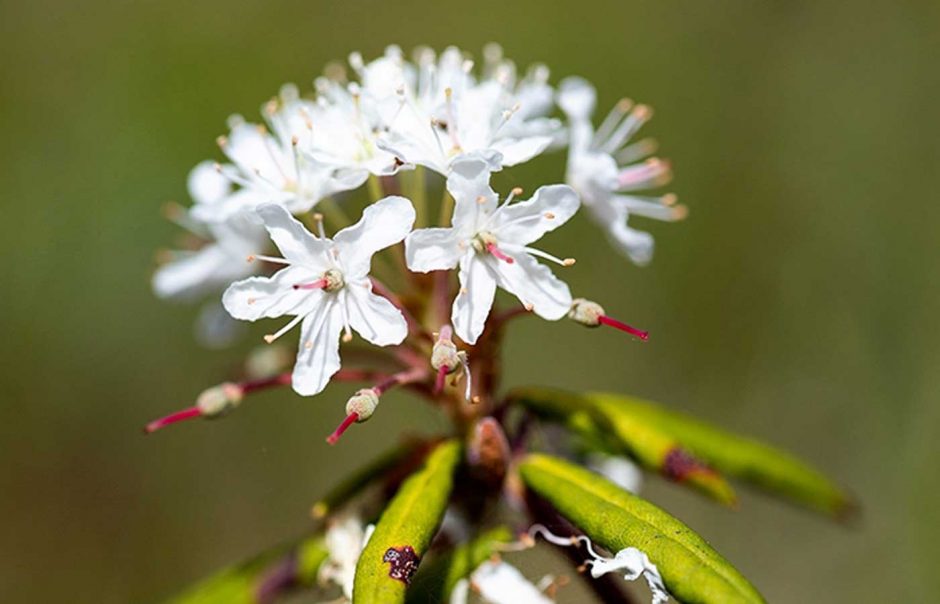 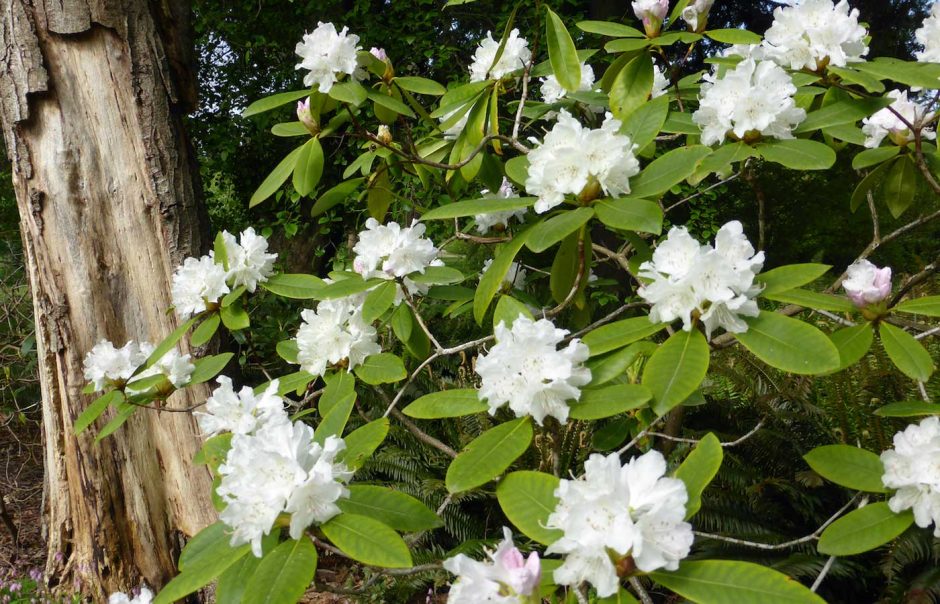 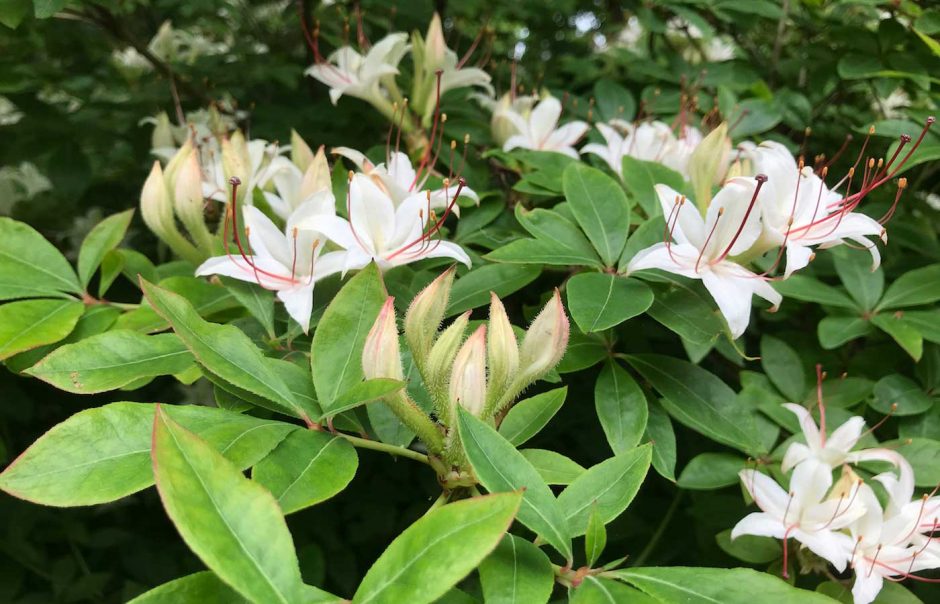 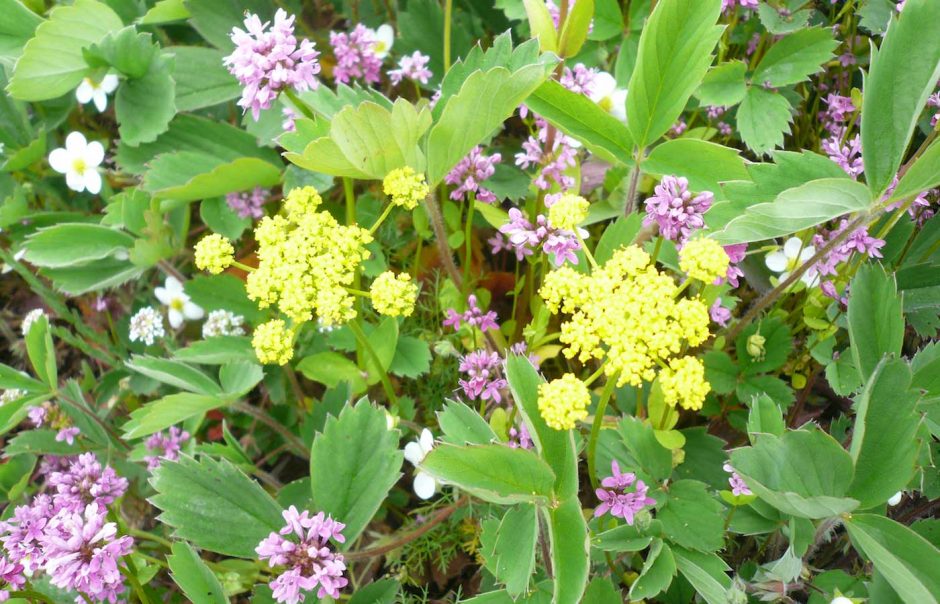 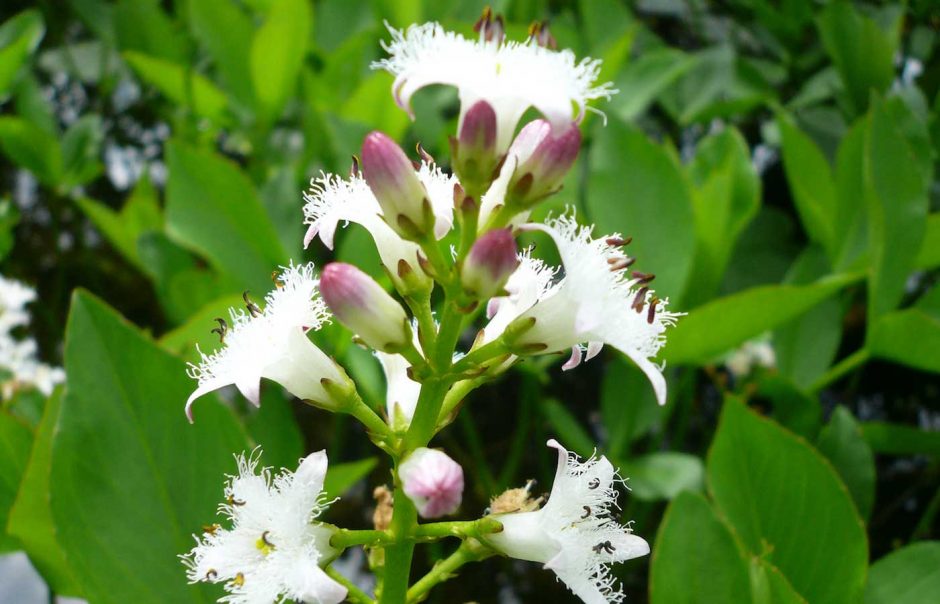 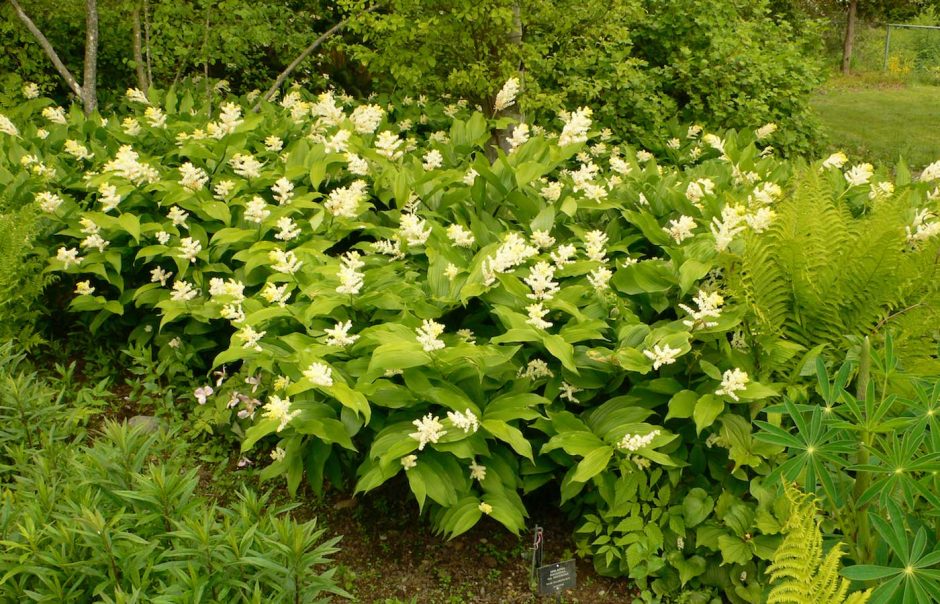 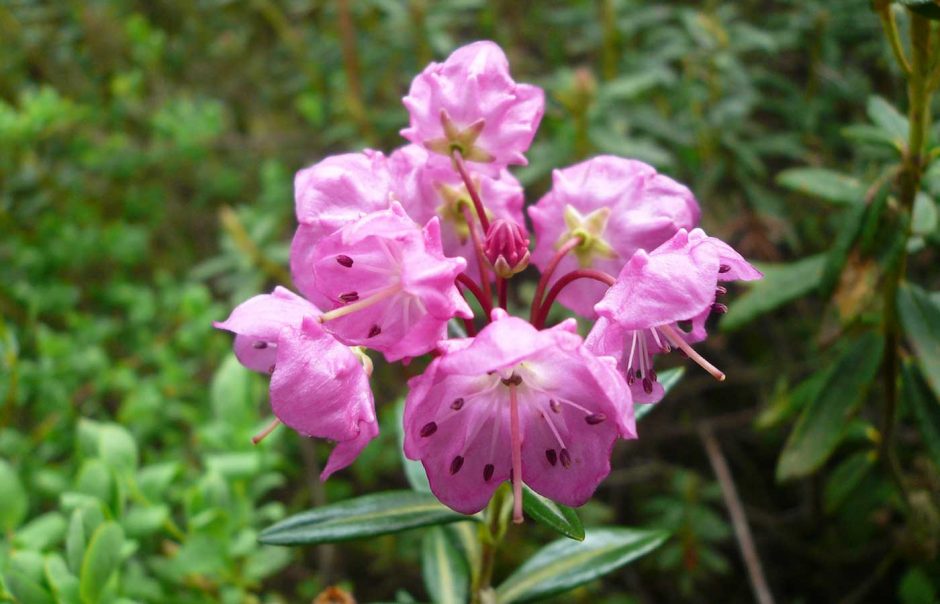 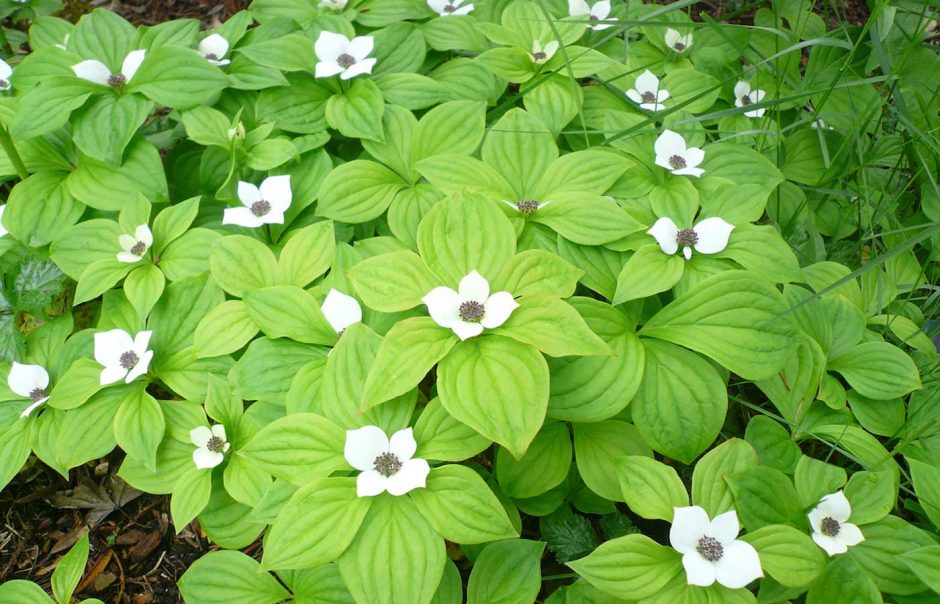 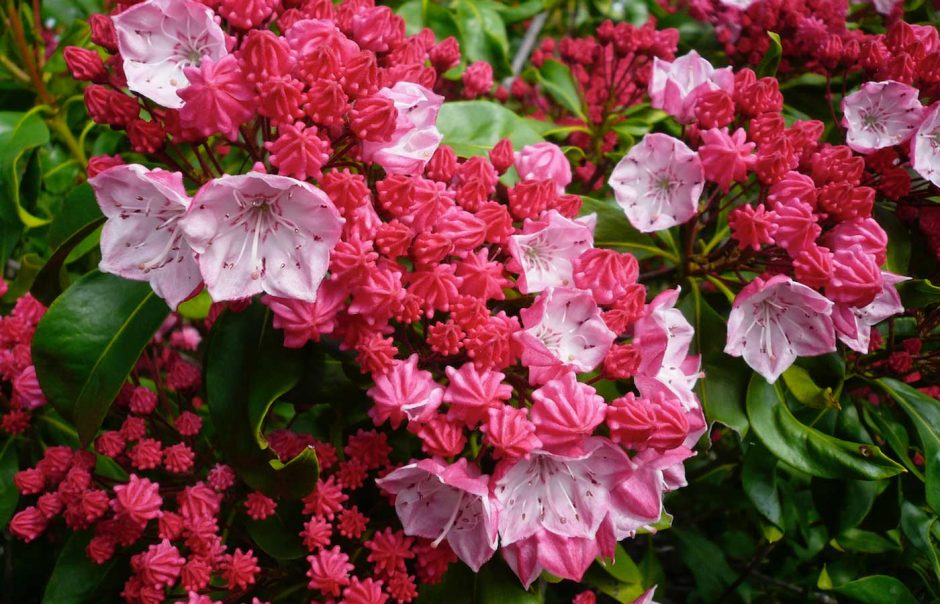 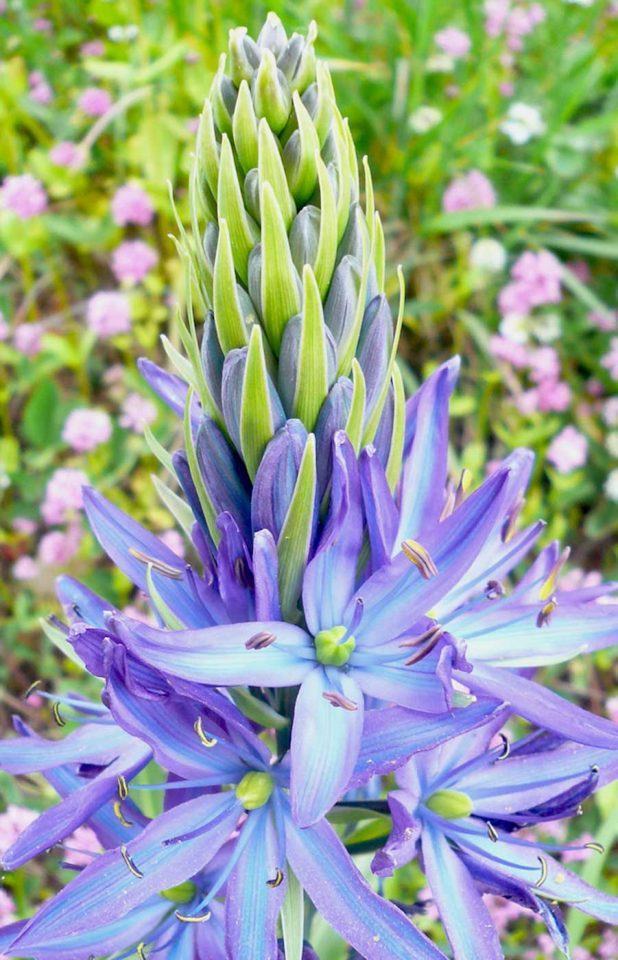 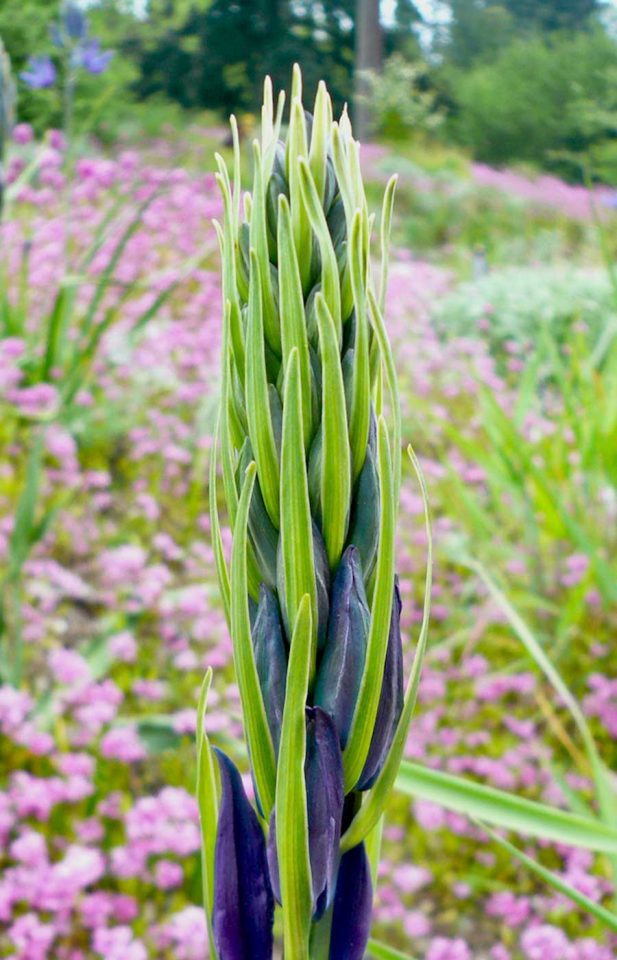