Since the 1970s, the living plants collections of the David C. Lam Asian Garden have grown through the botanical fieldwork of an international network of explorers. My predecessor, Peter Wharton, participated in over 15 expeditions throughout Asia. I have continued this tradition and have participated in collecting trips to China and Vietnam. For the next two weeks, Douglas Justice, Associate Director, Horticulture and Collections, and myself are in Northern Vietnam to study, document, and sample rare plant species, primarily from the genera Acer, Magnolia, and Rhododendron. Our expedition focuses on the Hoang Lien Son area and its highest peak, Mt. Fansipan (3,143 metres tall). Visiting in early spring while species are in bloom will facilitate locating, identifying, vouchering, and photographing.

Douglas and I are joined by Dr. Brian White, an expert on sustainable tourism from Royal Roads University. Also on this trip, Thomas Robichaud-Courteau from the lab of Dr. Alexis Lussier Desbiens at the Université de Sherbrooke will be field-testing a drone (unmanned aerial vehicle) developed to collect botanical samples from difficult-to-reach trees. Alexis and Thomas have been working frantically at testing and fine-tuning the prototype, leaving barely enough time for Thomas to pack his bags and catch his flight! To complete our initial team is Kevin Cho, a videographer from Tea Leaves, shooting a documentary about the connections between plants and place.

In week two, we will join up with Scott McMahan from the Atlanta Botanical Garden and well-known plantsman Dan Hinkley, founder of Heronswood nursery, who will be returning from fieldwork in Y Ty near the Chinese border. After sharing our experiences and findings, Dan will join Douglas, Brian, and myself for an adventure in the remote Five Fingers mountain range, north of the Hoang Lien National Park. 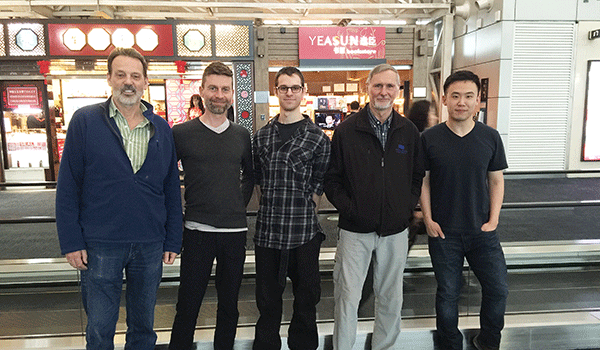 I look forward to sharing our success in locating endangered species endemic to this area, our progress on the drone research project, and the “plants and place” documentary. You can expect stories and images that document the team’s adventures in this remote area with its challenging terrain and unpredictable weather.

One response to “Expedition to Northern Vietnam”