Most people would agree that green is a restful colour that enhances the relaxing atmosphere in the Botanical Garden (or any garden, for that matter). The predominance of green at this time of year also indicates that many plants, rather than initiating new flowers, are allocating resources to seed ripening and transferring reserves to stems and roots for the coming winter.

In the David C. Lam Asian Garden, where visitors tend to linger when the weather is hot, the overwhelming colour is green. This is not to say that there are no flowers in the Asian Garden in August, but in a forested or woodland environment in summer, blooming plants are in the minority compared to springtime displays, when temperatures are cool and there’s plenty of moisture in the air and soil. Indeed, considering our shallow soils and summer drought—not to mention serious competition from established trees—few woodland plants could survive at all here without irrigation. Fortunately, we have a state-of-the-art irrigation system in the Asian Garden, and there are plenty of flowers to go around, even in August.

One of the showier displays of August-borne flowers is from Inula racemosa ‘Sonnenspeer’ on Upper Asian Way at the west end of Maries Trail. The stems of this colossal, sprawling perennial easily grow to 3 m, and there are racemes of large golden daisies in nearly every axil (i.e., where the leaf and stem meet) of the huge leaves. Continuing southward down the path is a large patch of Strobilanthes attenuata (at the corner of Upper Asian Way and Stearn Trail). The purple flowers of this Himalayan moisture-lover are tubular and hooded, perfectly adapted to attracting bumblebees. In the same bed is Rosa x odorata ‘Mutabilis’ (butterfly rose), which is famously one of the earliest-hybridized repeat-blooming roses, and typically in bloom all summer long. Venturing down Stearn Trail, visitors will see one of the myriad forms of Anemone hupehensis (windflower) with its white, four- to six-sepaled flowers suspended above a lush carpet of green leaves. Just like in the related genus, Clematis, there are no petals in the Anemone flower, and the seeds are produced with a cottony appendage that allows them to float on the lightest breeze (hence, “windflower”).

Incredibly, there are always a few stubborn hydrangeas that carry on flowering, despite the privations of summer. For example, Hydrangea febrifuga (dichroa) at Siebold Trail at Rock Trail and at Campbell and Stearn Trails is typically in flower in late July and early August. The dichroas produce blue flowers and later, indigo-purple berries. In Asia, the roots are used as a febrifuge (fever reducer). The berries, however, are poisonous. Hydrangea aspera Villosa Group is another late-flowering hydrangea. These plants have narrow, soft-hairy leaves and lilac-purple, lace-cap flowers. They can be found along Lower Asian Way at the east end of Forrest Trail and below the lawn on the southwest side of Wharton Glade.

A couple of species of climbing hydrangeas are also currently in flower. These are able to ascend giant coniferous trees while their roots stay more or less intermingled, because these areas are relatively moist (naturally) and also irrigated. Both H. hydrangeoides (schizophragma) and H. viburnoides (pileostegia) tend to bloom in July and August and there is a good selection of these along Henry Trail, though the flowers and extent of the high-climbing stems of the schizophragmas are more easily seen from Lower Asian Way. And note that the pileostegia on Upper Asian Way opposite Ludlow Trail has more flowers that are more easily seen than the plant on Henry Trail. Pileostegia has foamy-looking clusters of creamy white flowers, while schizophragma bears lace-cap style inflorescences: tiny, white fertile flowers surrounded by large flag flowers consisting of a single enlarged sepal.

Like the Asian Garden, the Carolinian Forest Garden is a green leafy refuge. And while it is a much younger garden than the Asian, and dominated by deciduous rather than coniferous trees, it works just as well for a cooling summertime stroll. Hydrangeas are also well represented in this garden. Hydrangea radiata (in the Fraser and Lawson Groves) is a particularly handsome species from the southeastern US. Not only does it have pure white, lace-cap flowers, but its leaves have silver-white undersides. Clethra alnifolia, the aptly named “summersweet,” is a thicket-forming, deciduous shrub that blooms from mid-July to mid-August. The tiny white flowers are borne in compact, candle-like inflorescences and they smell of honeysuckle and cloves. Our plants now cover significant real estate in Gray and especially Rafinesque Groves.

One of the joys of the Carolinian Forest Garden has been watching the development of Oxydendrum arboreum (sourwood). There are several scattered about the Carolinian (in the Bartram, Clayton, Kalm and Rafinesque Groves). They were planted as mere seedlings in 2006 and 2007, and they have thrived—some of them now over 4 m tall. Consistently spectacular autumn colour is one of the species’ legitimate claims to fame, but the late-summer-borne, lily-of-the-valley-like flowers are a delight as well. Another member of the heath family that blooms at this time is Zenobia pulverulenta (dusty zenobia) whose nectar-filled flowers are a favourite of late-season bees. It is a striking little shrub, not unlike a small blueberry bush, but with dusty blue-green leaves and arching plumes of fat, fingernail-sized, white flowers. There are plantings in both the Bartram and Fraser Groves. 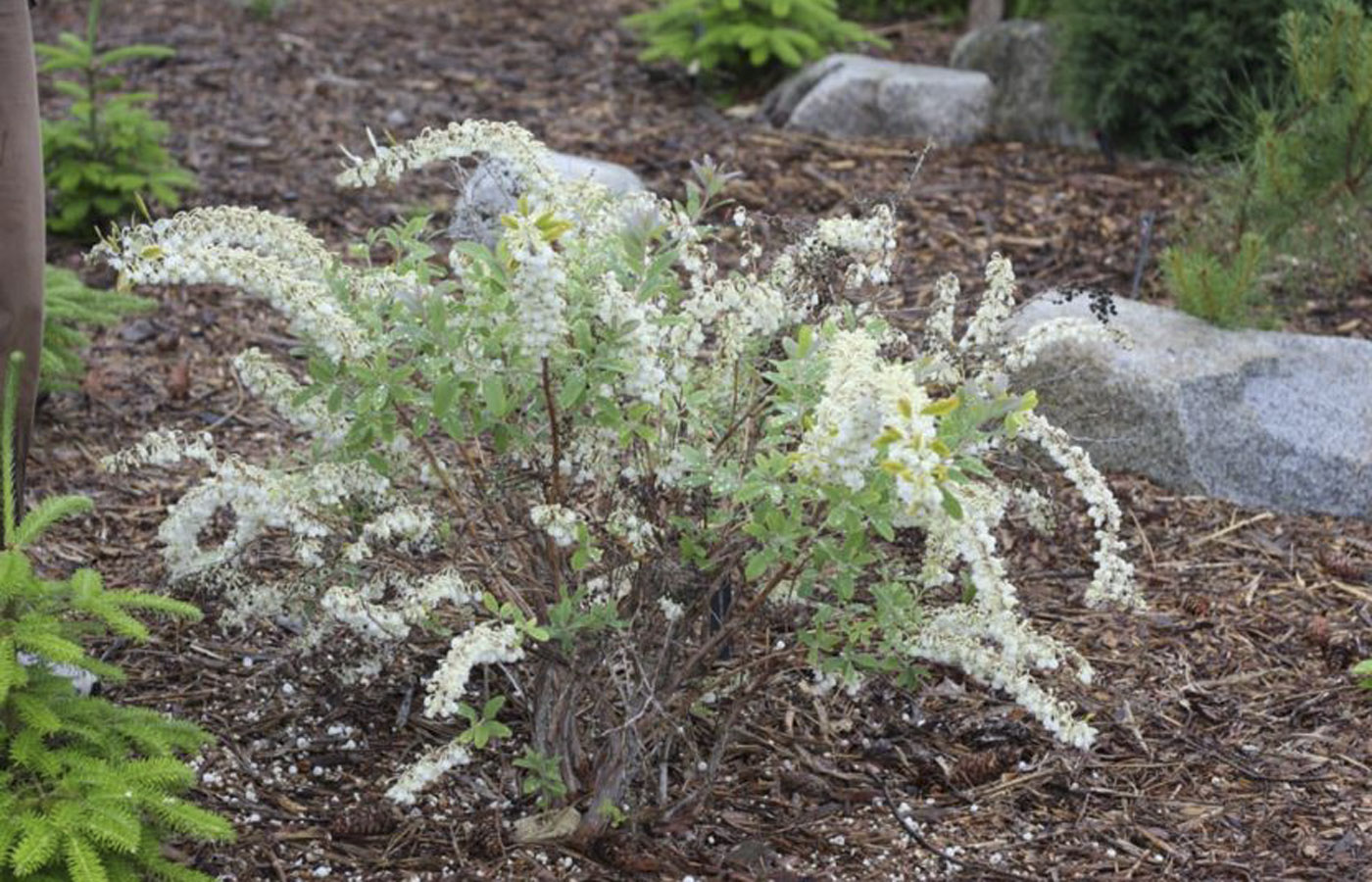 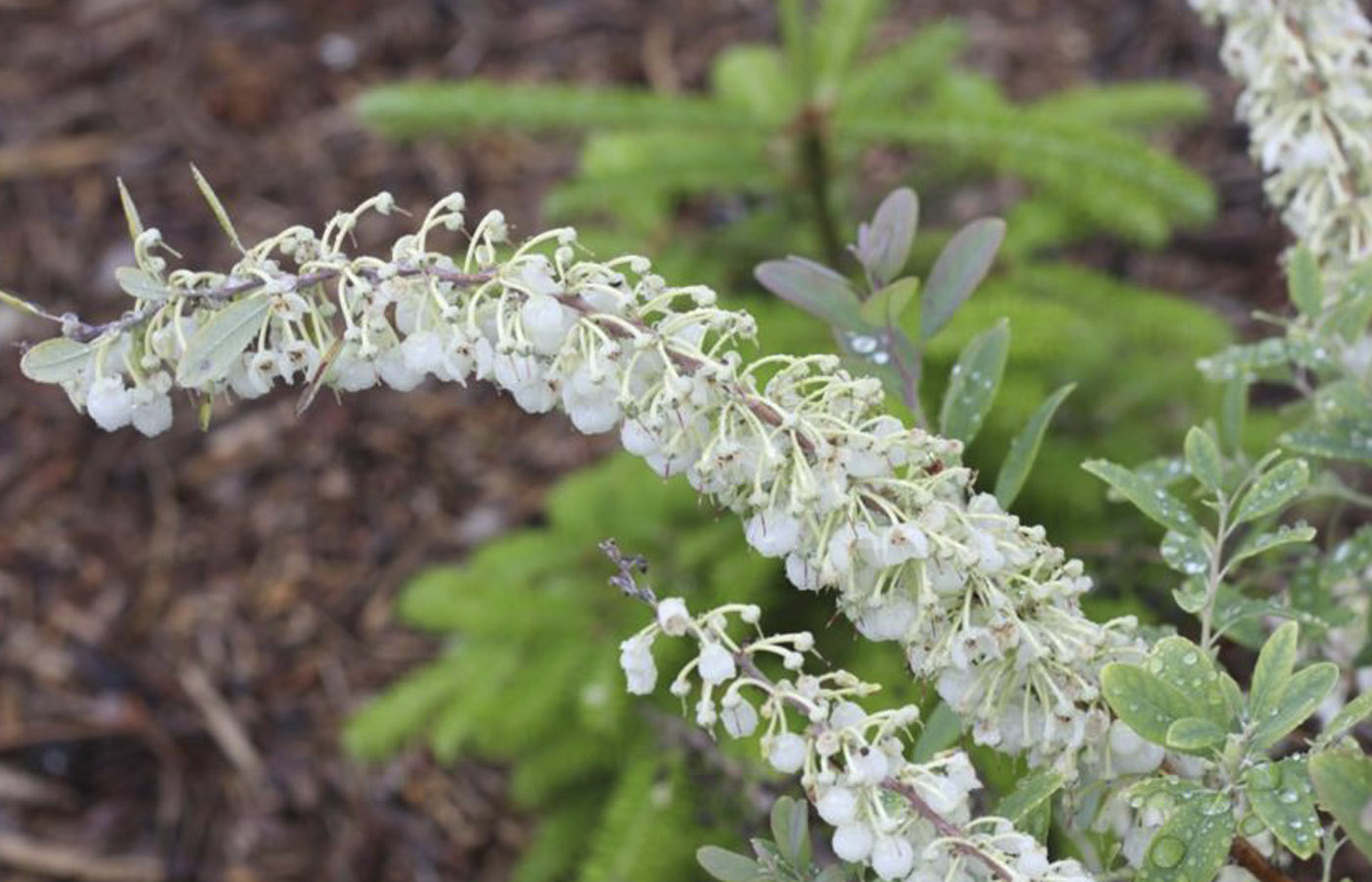 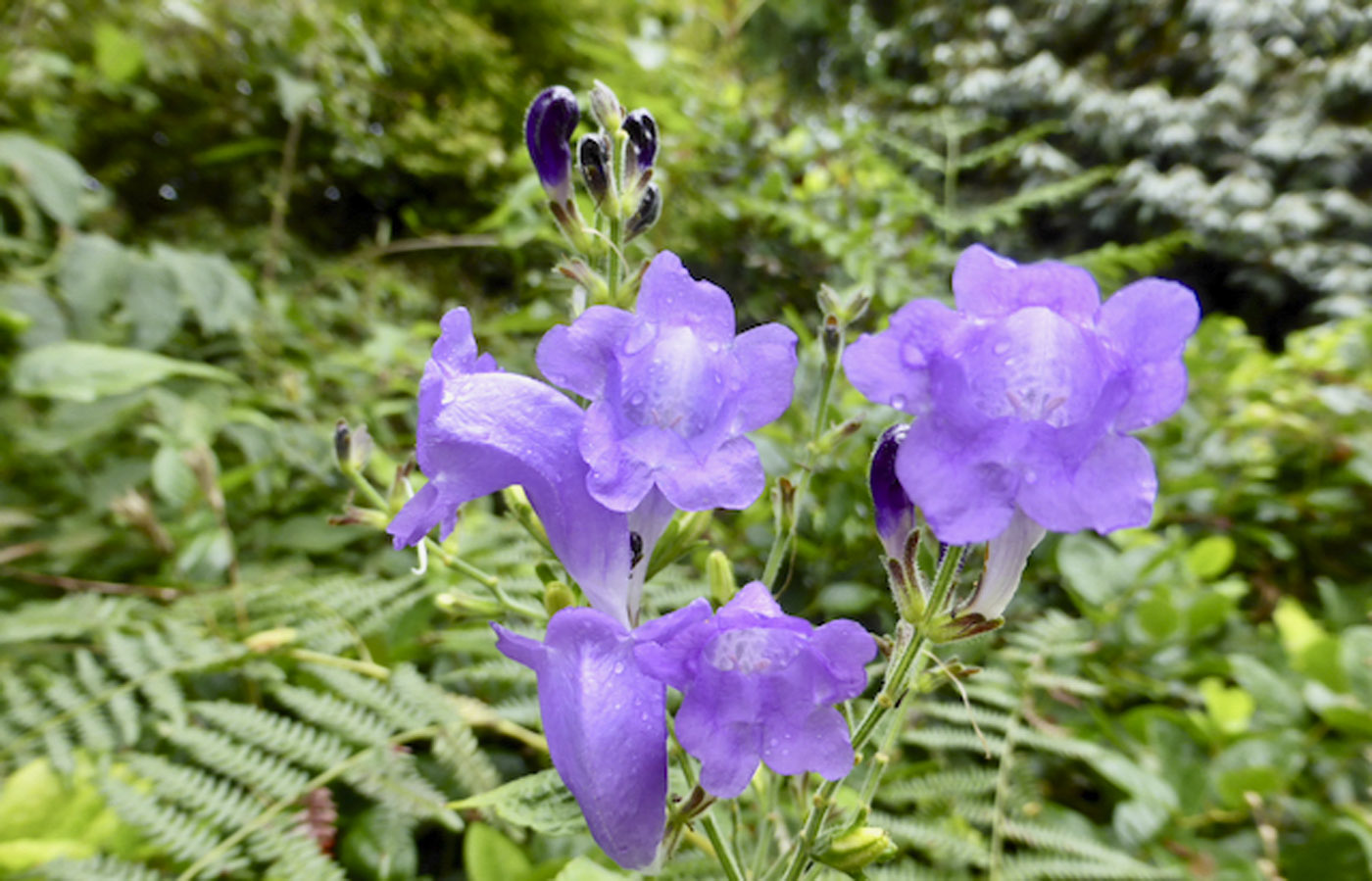 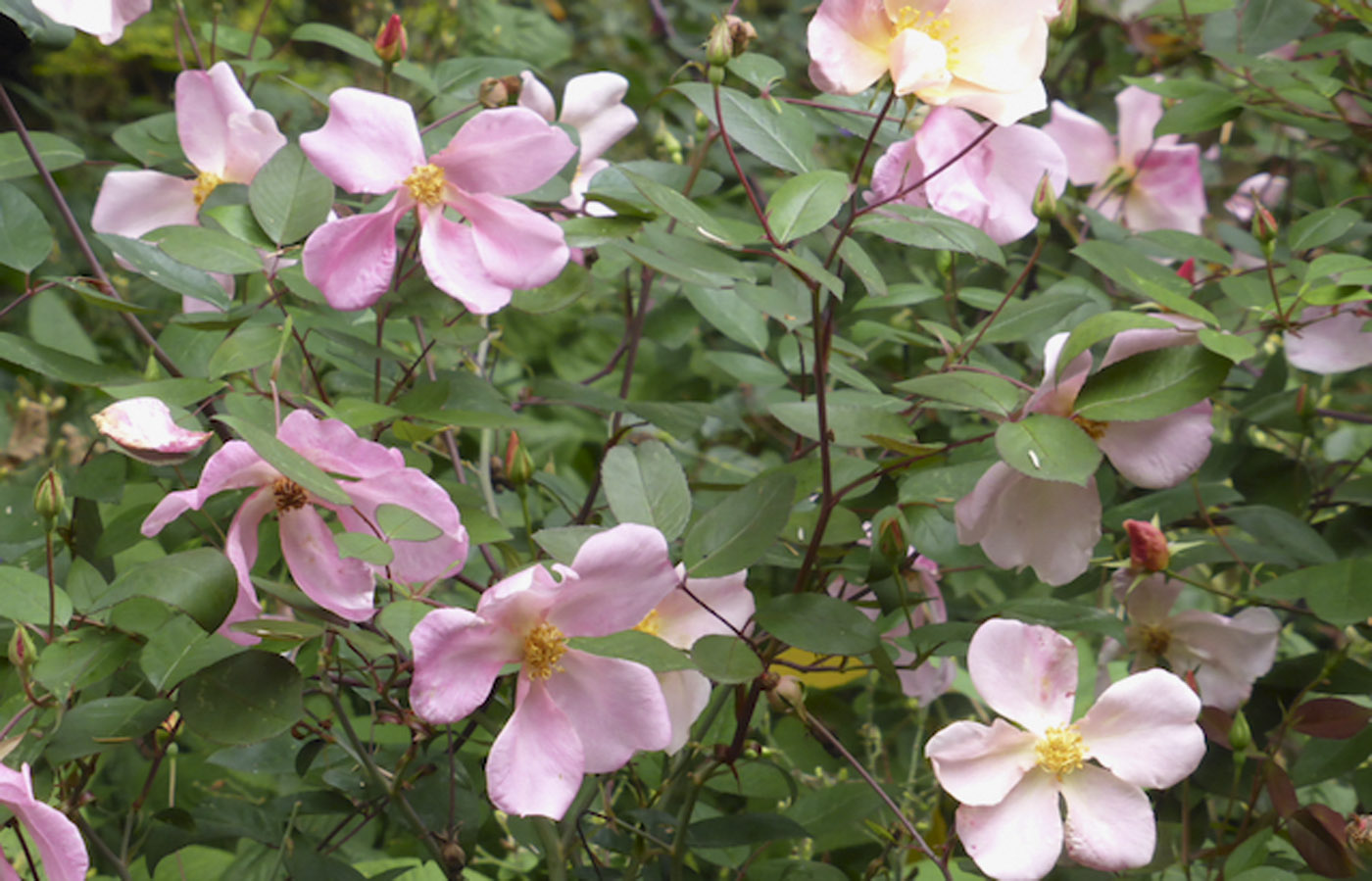 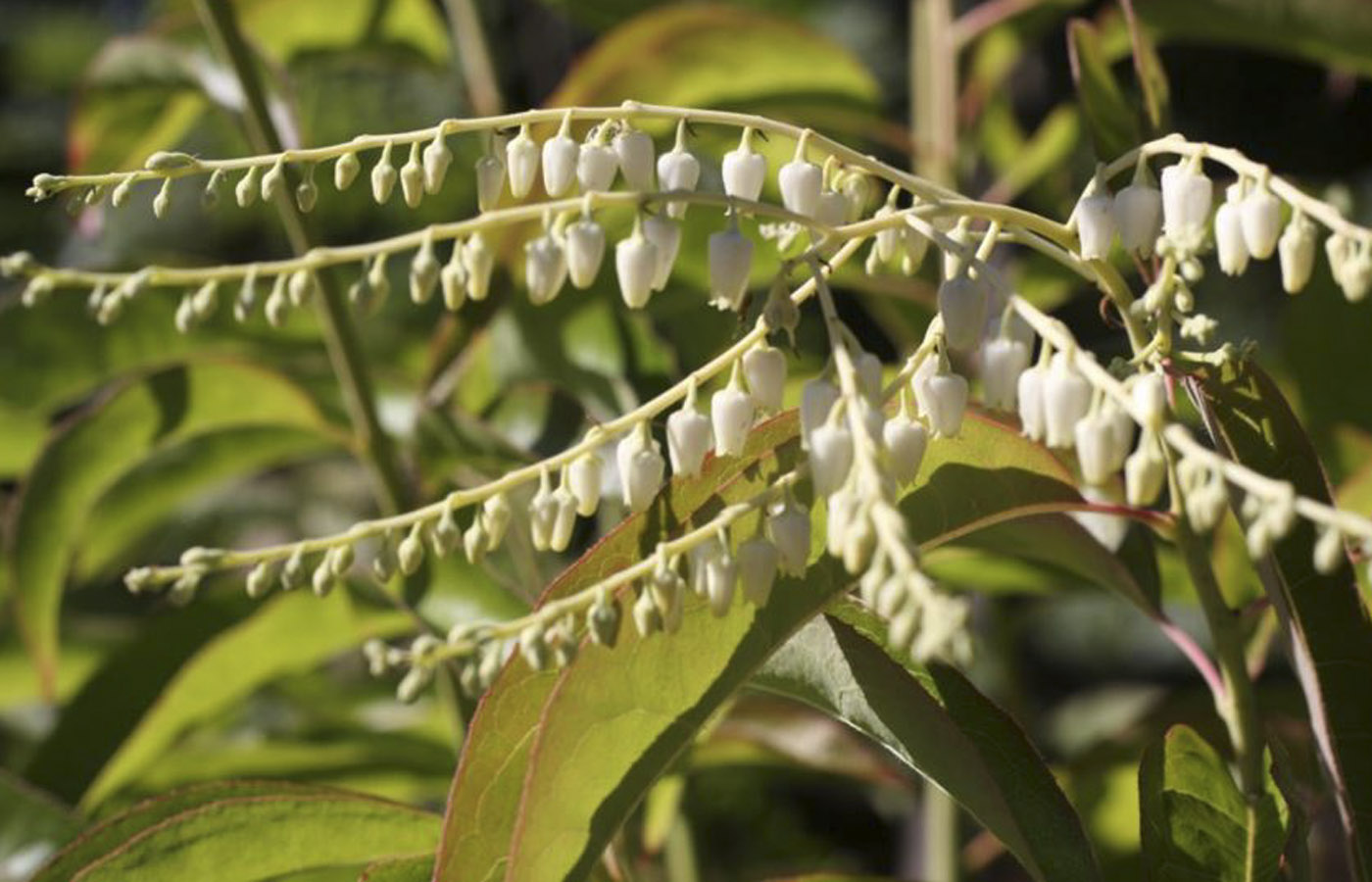 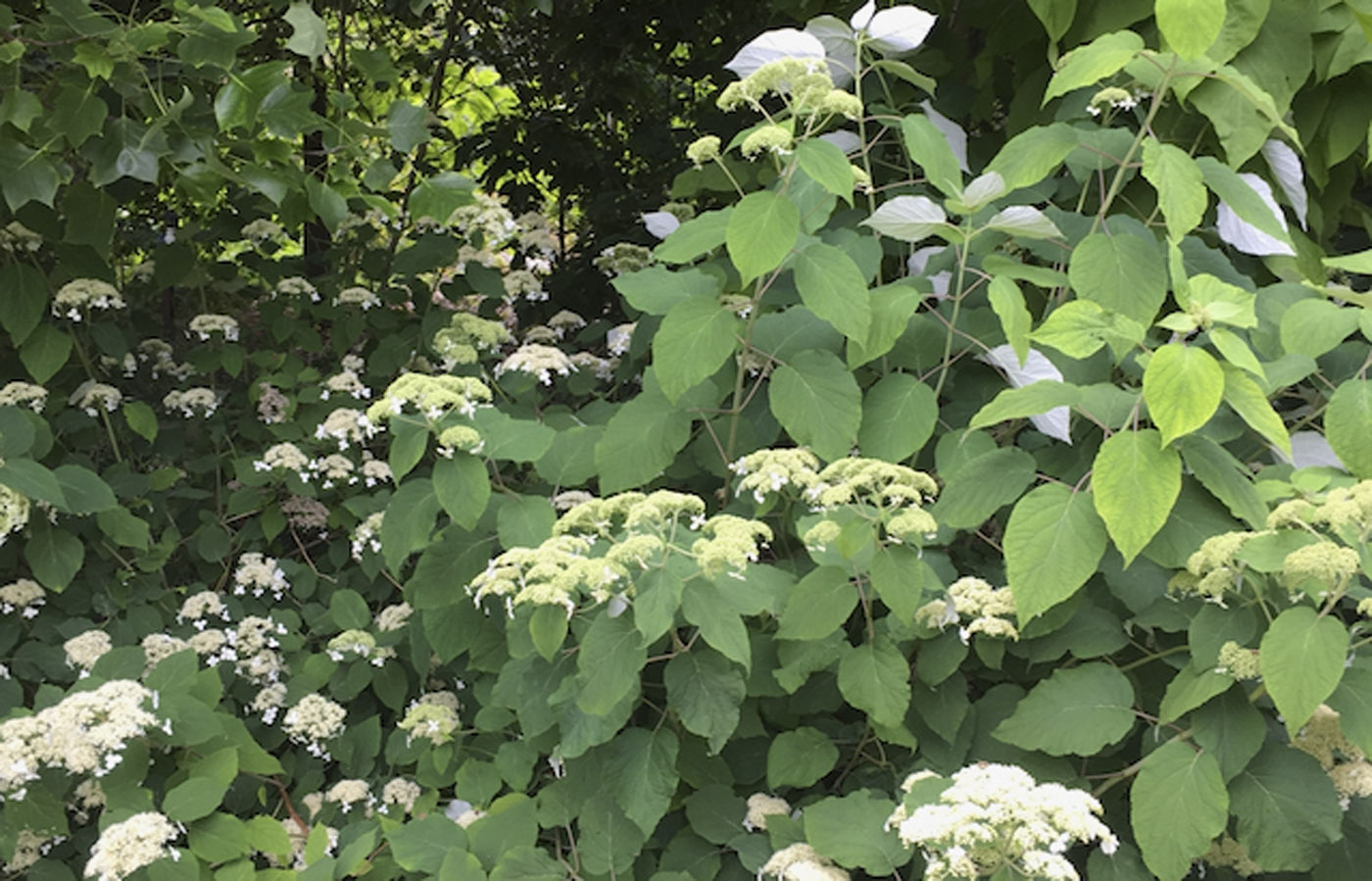 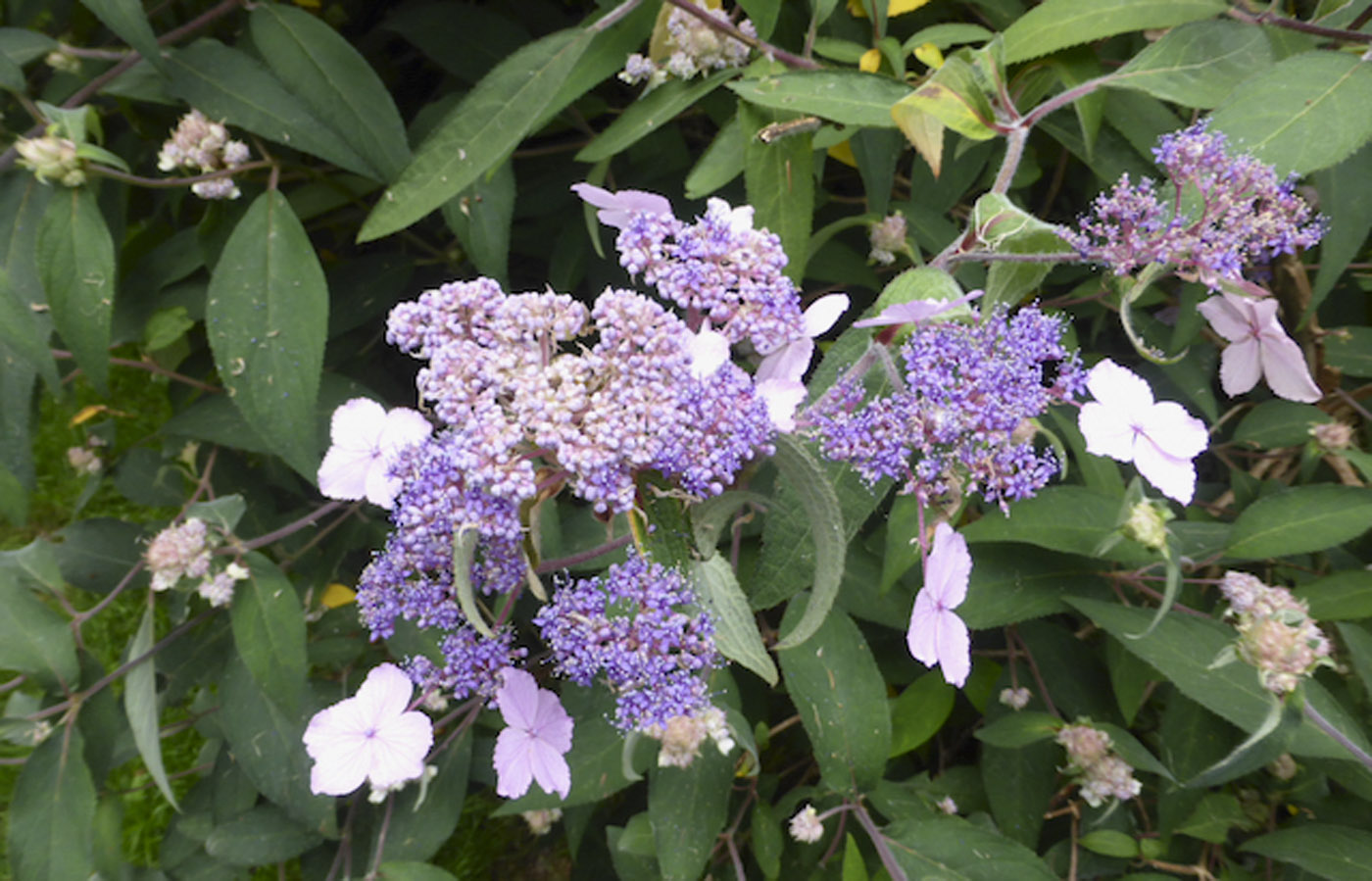 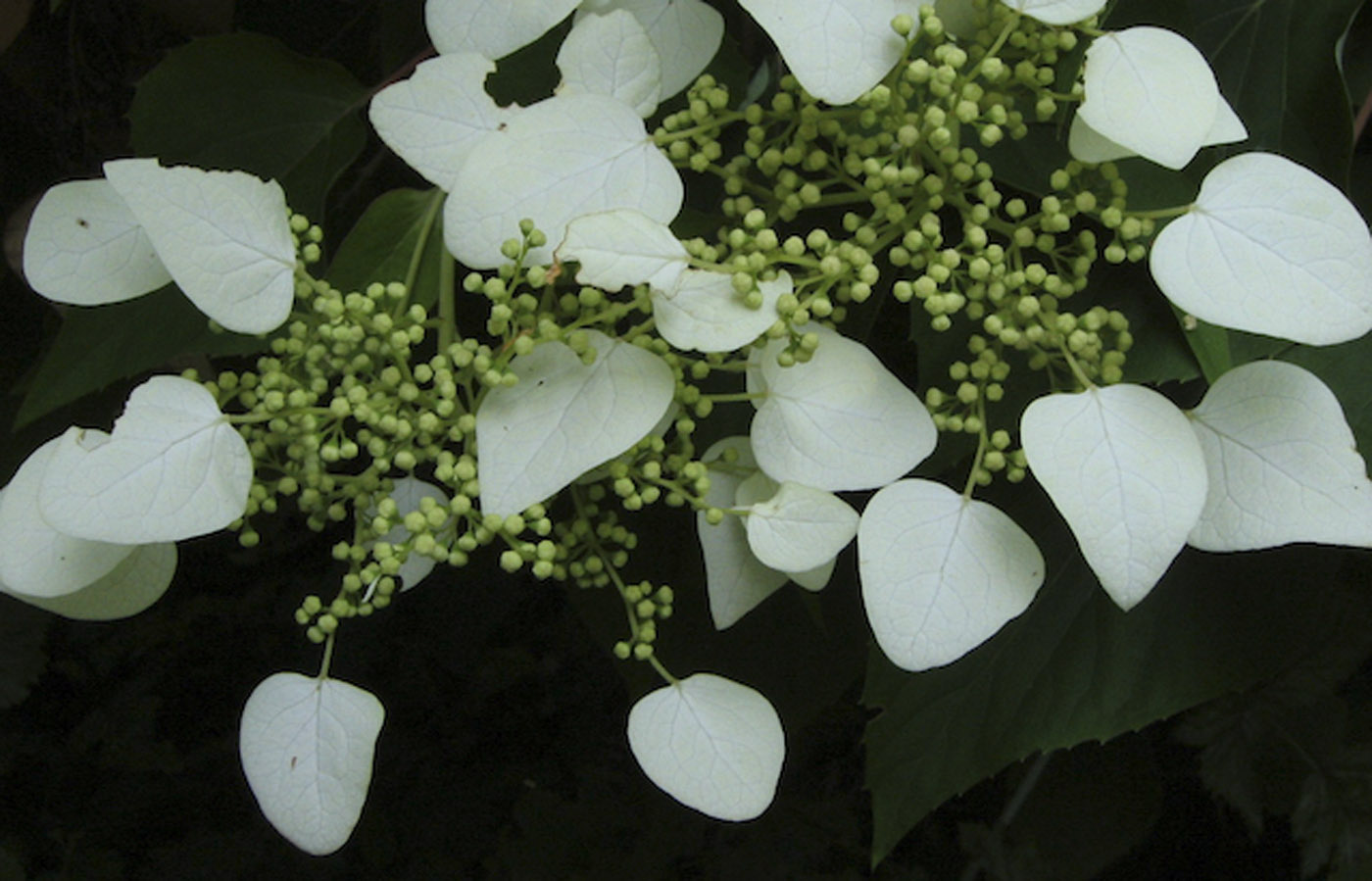 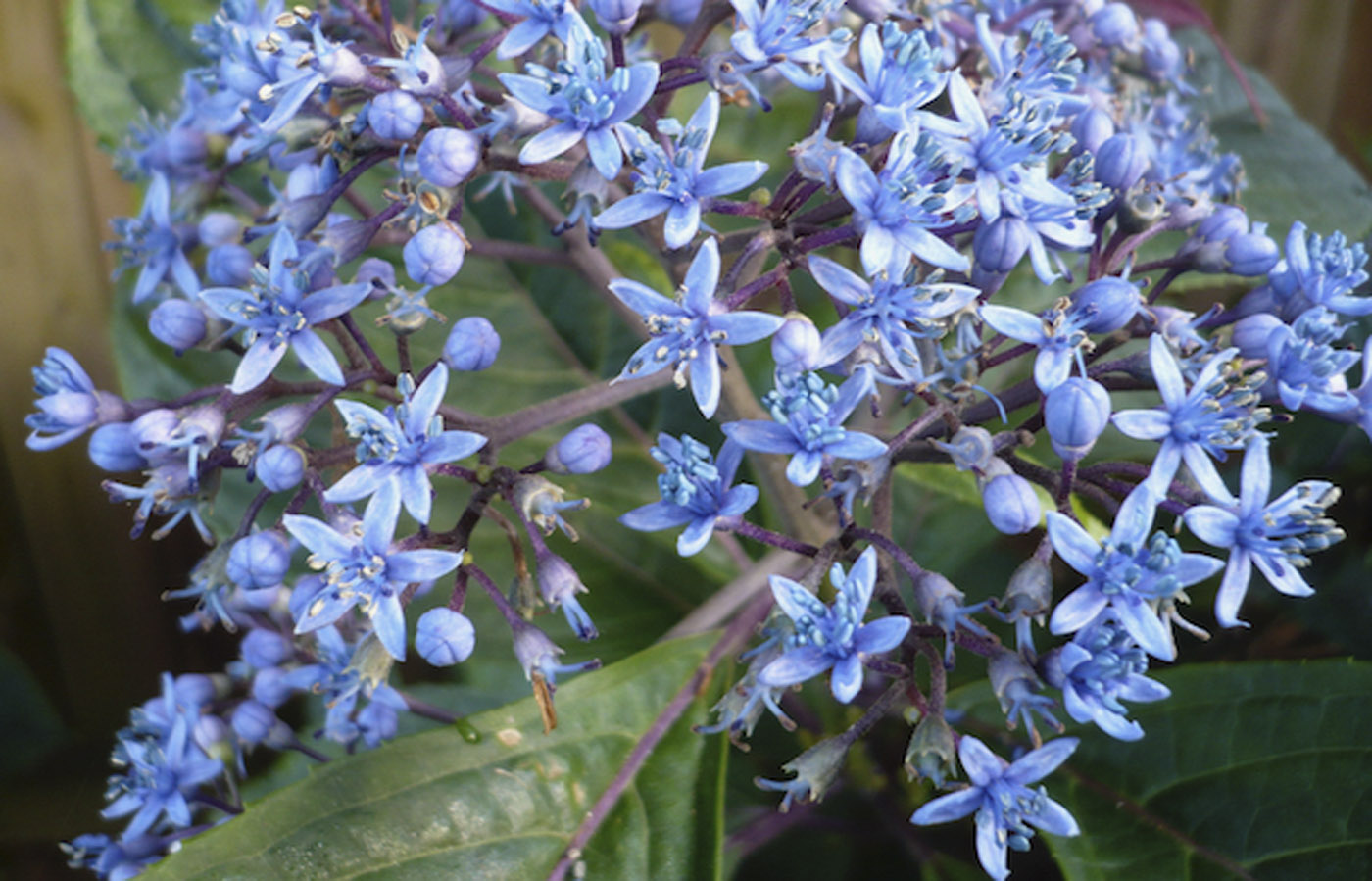 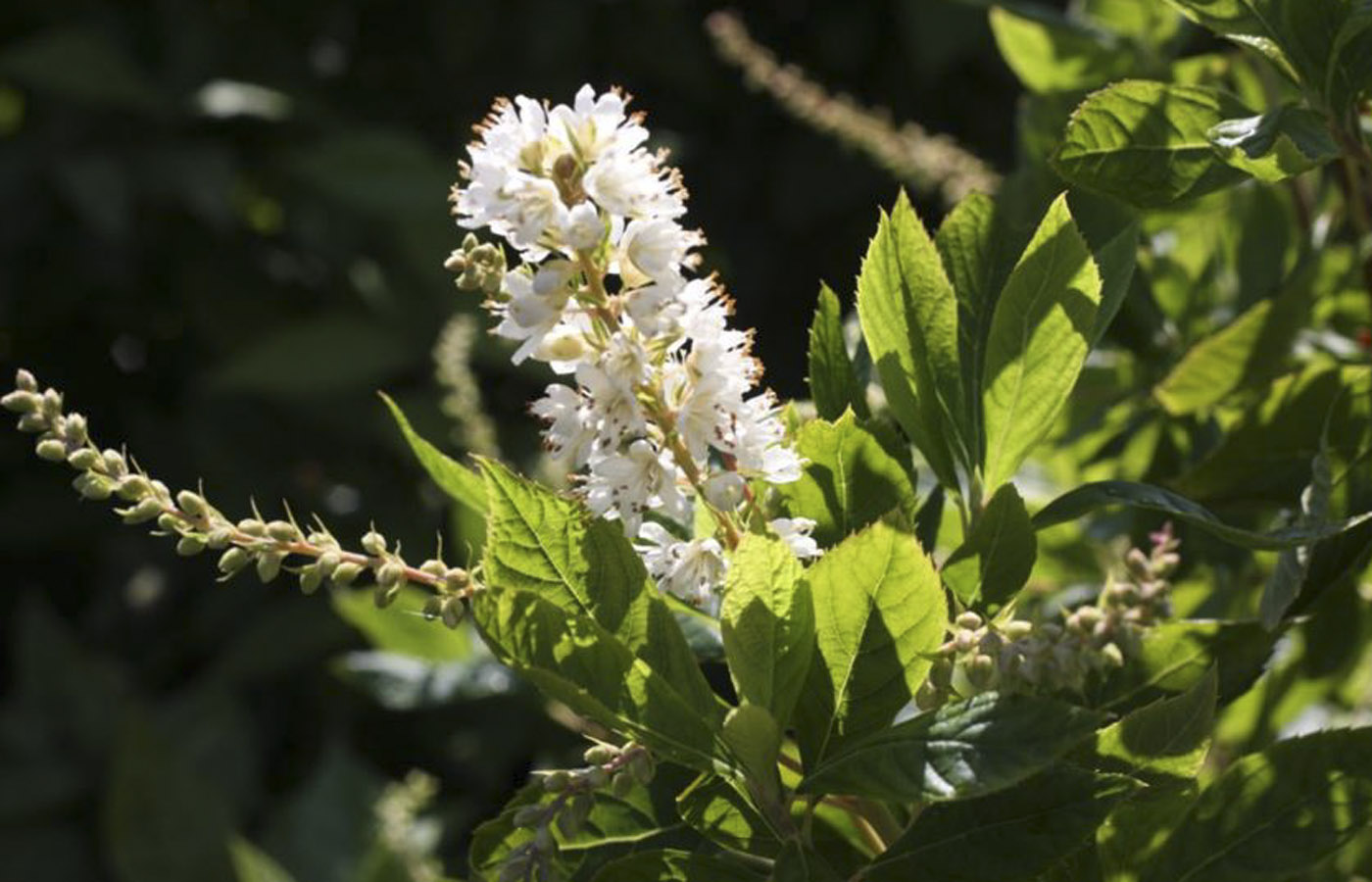 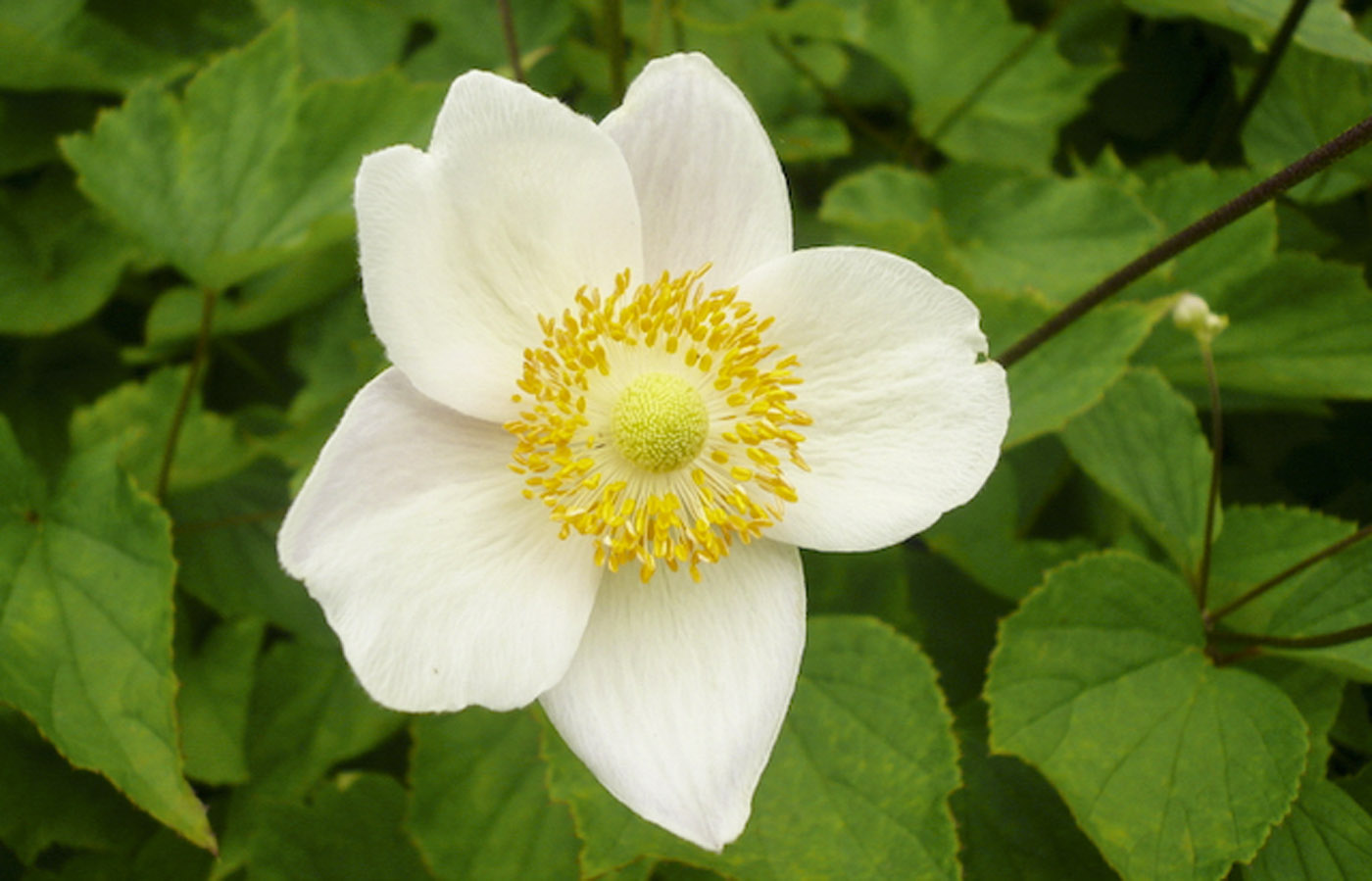 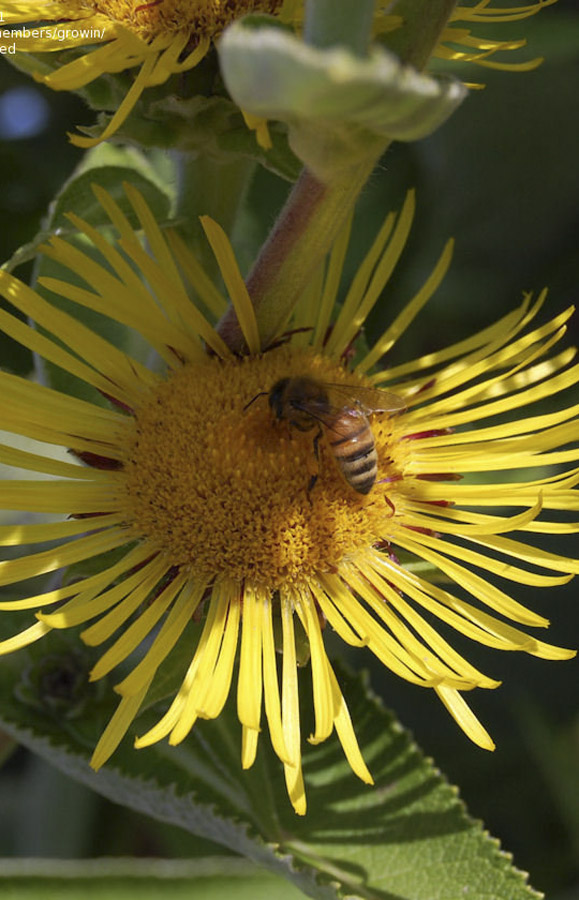 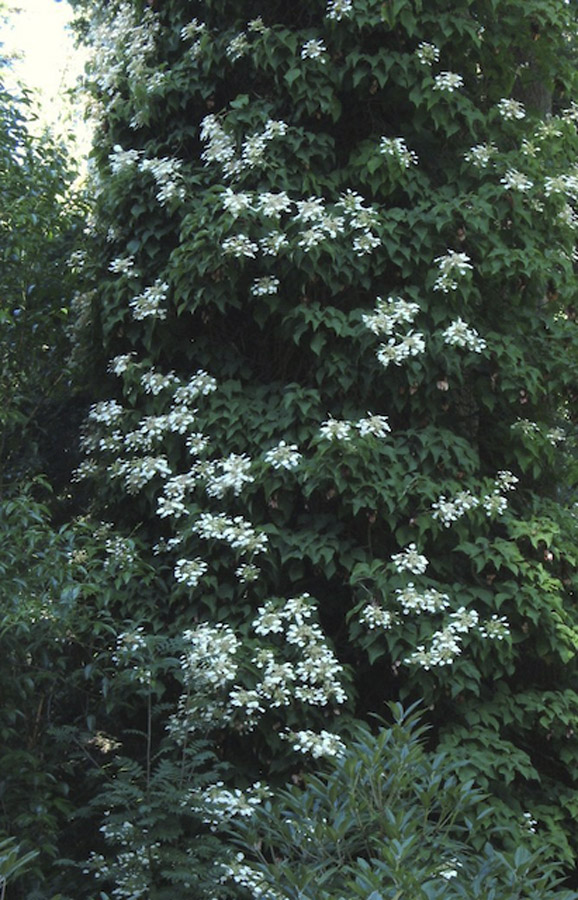 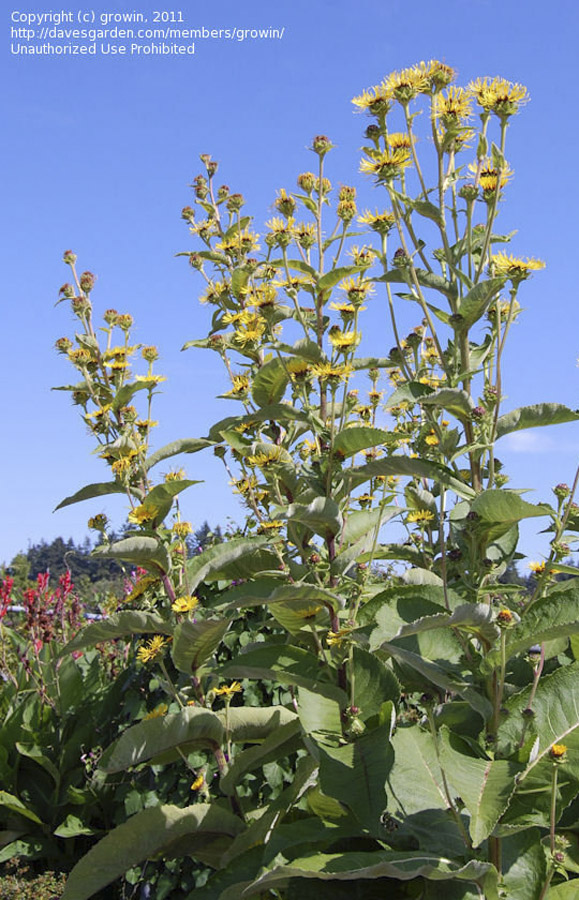 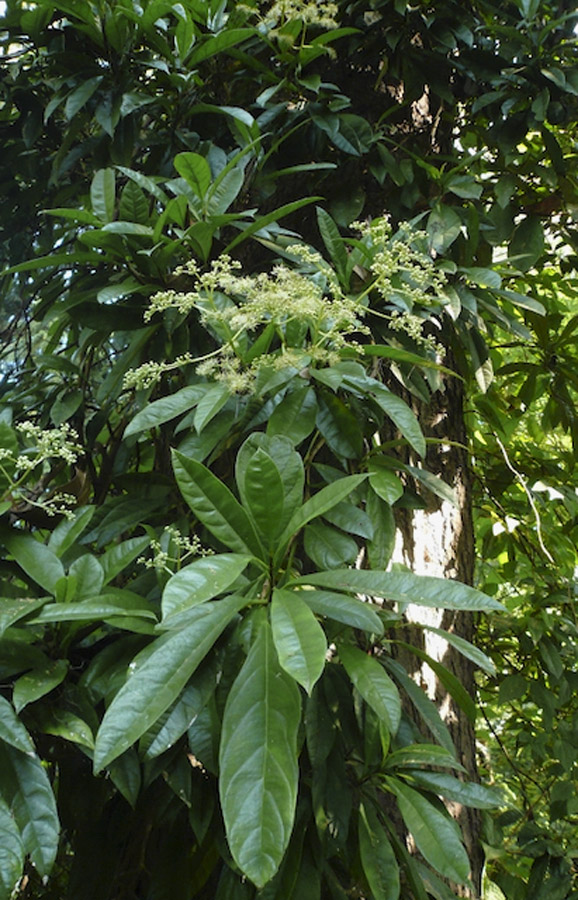