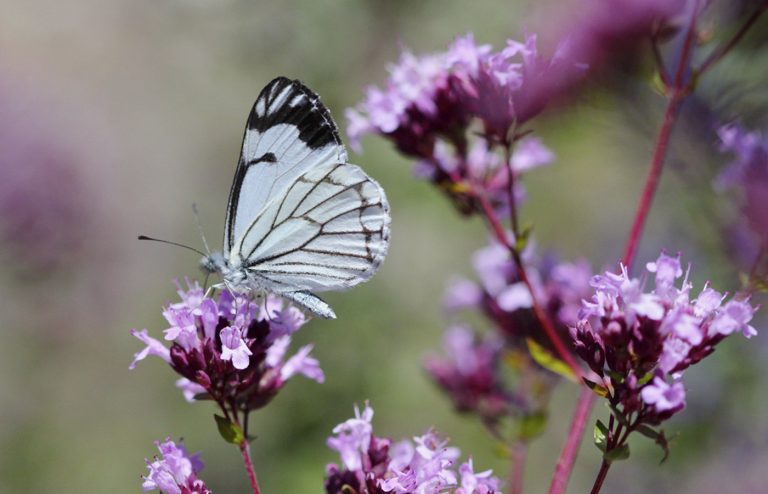 Following on from the June blog, July in the Garden also describes a trail in the David C. Lam Asian Garden, and named garden spaces.

Wharton Glade: Peter Wharton (1951-2008) was the Curator-Horticulturist in the David C. Lam Asian Garden at UBC Botanical Garden from 1975 to 2008. Peter was trained in forestry in the UK and immigrated to Canada in 1975, spending the greater part of his life developing the Asian Garden. Peter’s interest in plants led him to field studies and seed collections of rhododendrons and their associates in the wilds of Asia. This gave him significant insight into the ecology of plants in gardens and in nature. The Asian Garden became a singularly beautiful place filled with plants both subtle and spectacular, all skillfully arranged and maintained. Over the years, Peter collected much seed in the wild, and this he distributed to many gardens across North America, Britain and Europe. These donations were often reciprocated by other collectors, with the Asian Garden always the beneficiary. Peter was a strong advocate for using the garden’s collections to promote conservation, and his expeditions were always collaborative ventures. The fruits of the relationships Peter fostered with plant explorers, scientists and garden professionals around the world are seen in numerous other gardens, in his writing and especially in the Asian Garden. Plants blooming in July in and around Wharton Glade include: Cleyera japonica, Inula magnifica and Rhododendron auriculatum.

Stearn Trail: William Stearn (1911 – 2001) was a linguist, botanist, botanical historian and prolific writer. In all he wrote nearly 500 books, articles and monographs. He is probably best remembered for the scholarly doorstopper, Botanical Latin (1966), the more popular and accessible, Dictionary of Plant Names for Gardeners (1972), and his monograph, the Genus Epimedium and other Herbaceous Berberidaceae (2002). Stearn coined the term “cultivar” (a portmanteau from the words cultivated + variety) for a selection either raised or maintained in cultivation. In 1978, Stearn came to UBC at the request of the then president, Douglas Kenny and the Botanical Garden’s Director, Roy Taylor, to officiate at the opening of the E. H. Lohbrunner Alpine Garden. Plants named for him include: Allium stearnii, Cotoneaster stearnianus, Epimedium stearnii, Justicia stearnii, Kalanchoe stearnii and Schefflera stearnii. Plants that will be in bloom on Stearn Trail include Anemone hupehensis, Astilboides tabularis and Kirengeshoma palmata.

E. H. Lohbrunner Alpine Garden: One of North America’s largest alpine rock gardens, the E. H. Lohbrunner Alpine Garden was constructed using 2,000 tonnes of pyroxene andesite boulders imported from the BC Interior in the early 1970s. Many of the plants in the Alpine Garden were donated by Dr. Ed Lohbrunner (1904-1986), a Victoria-area nurseryman and internationally known plantsman who is remembered not only for the wide range of exotic plants he grew and sold and his pivotal role in the introduction of many Pacific Northwest native plants into cultivation, but also for his generosity and philanthropy. Plants in flower in the Alpine Garden are far too numerous to list; however, there are several July stand-outs, including: Eryngium eburneum, Lobelia tupa and Verbena rigida (South America), Gladiolus ‘Ruby’, Berkheya purpurea, and Phygelius rectus (Africa), Epilobium canum, Opuntia fragilis and Yucca constricta (North America), and Ceratostigma willmottianum, Hylotelephium telephium cultivars and Origanum ‘Nymphenburg’ (Asia). 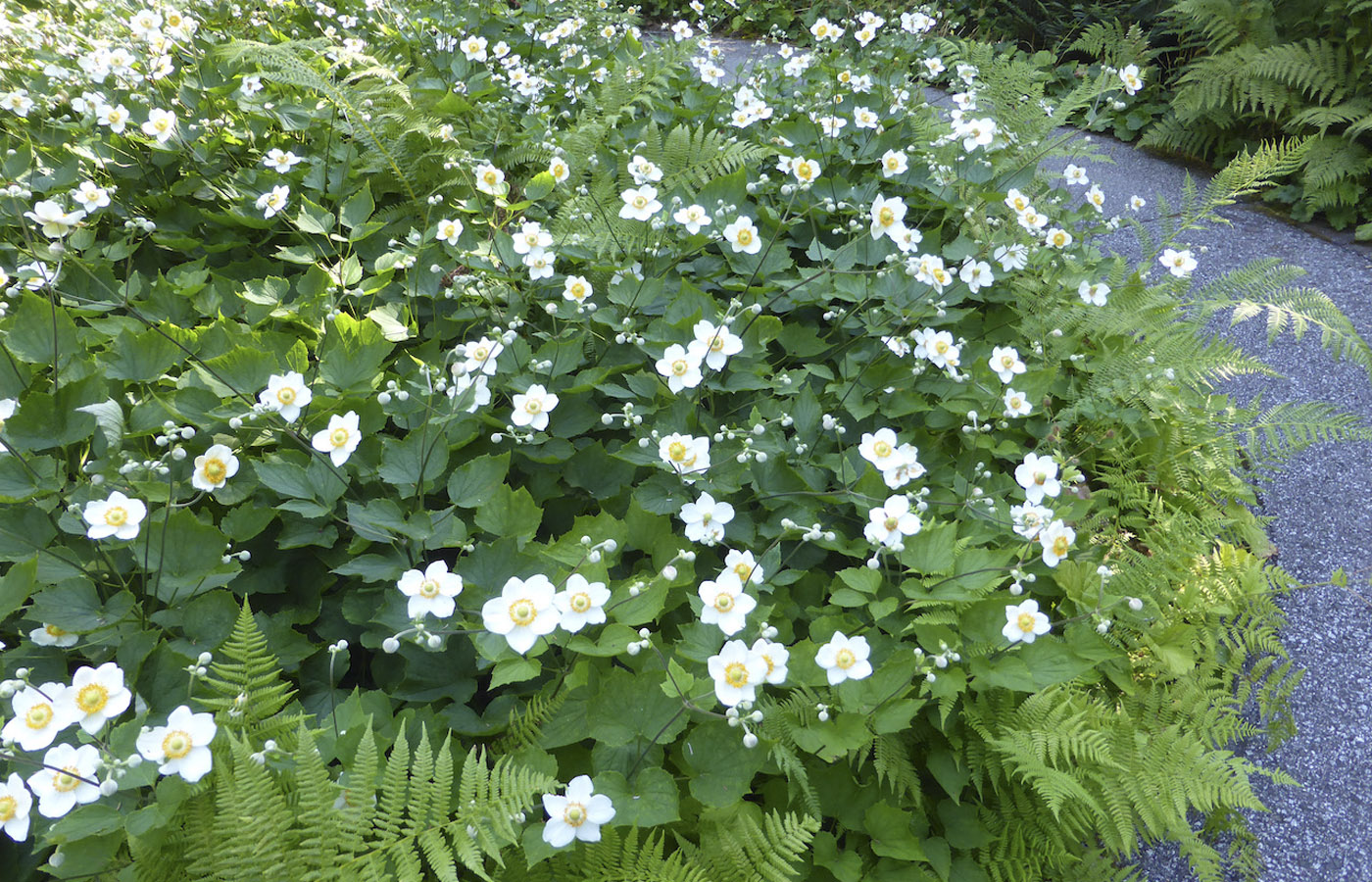 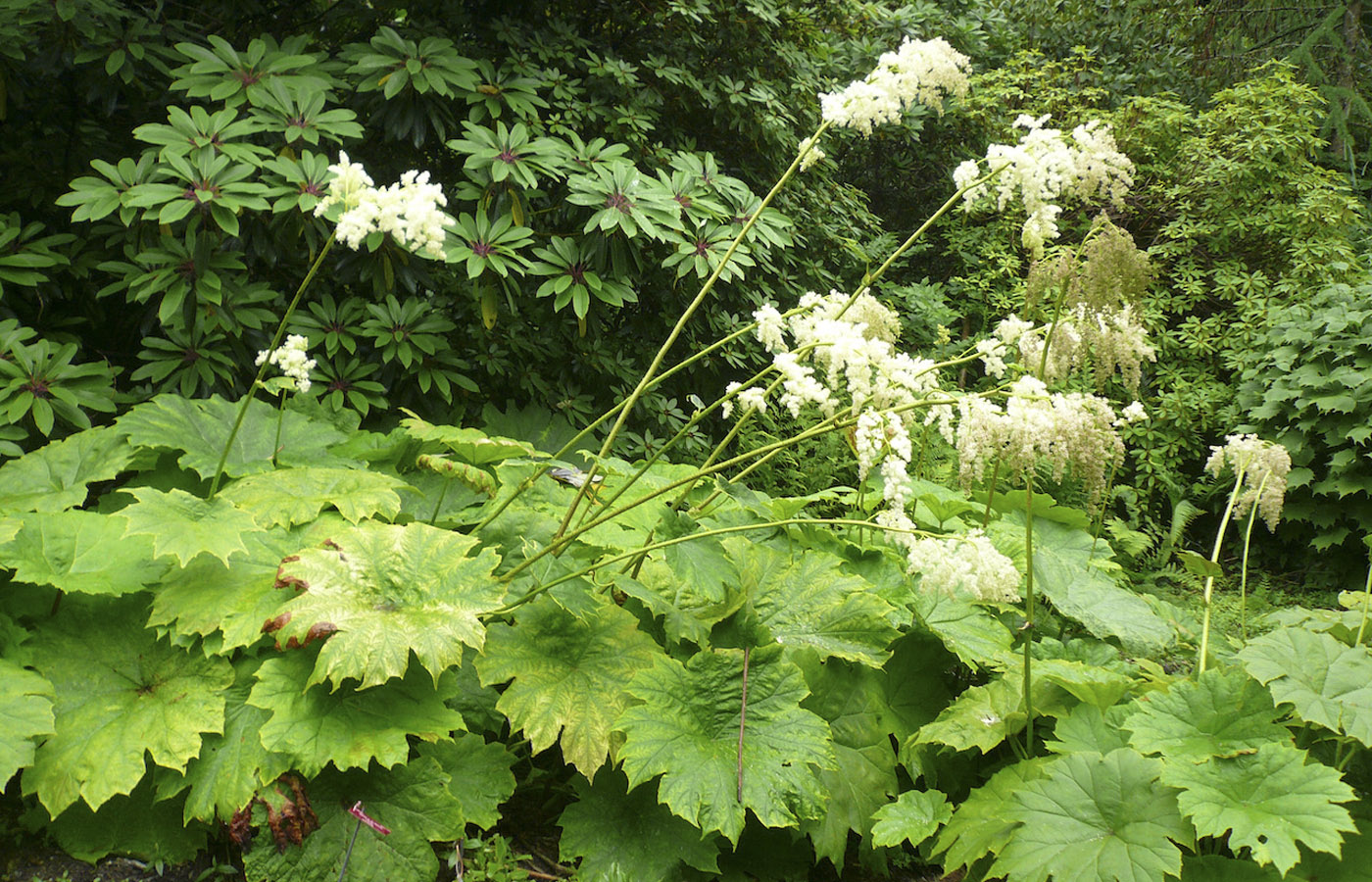 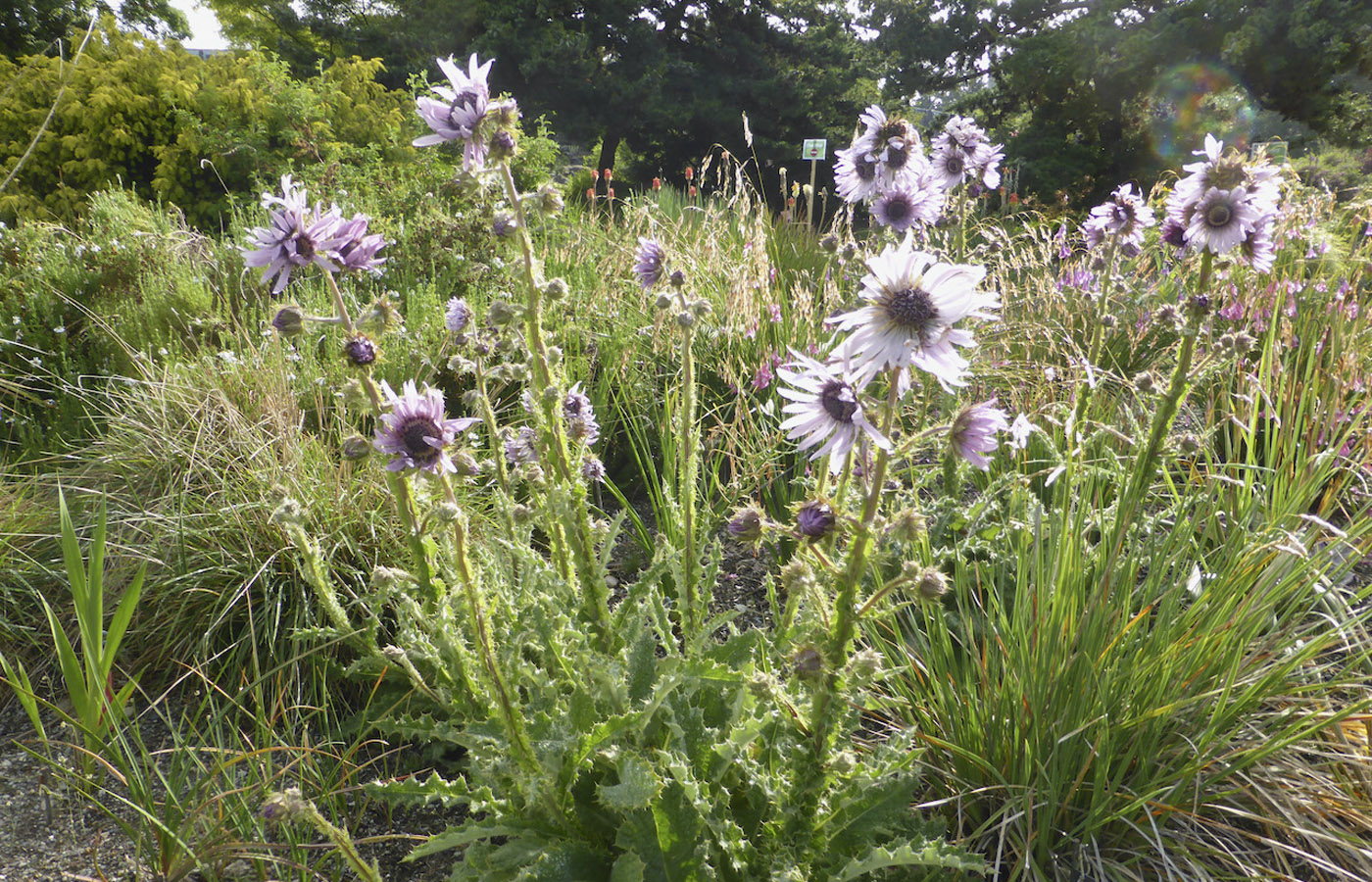 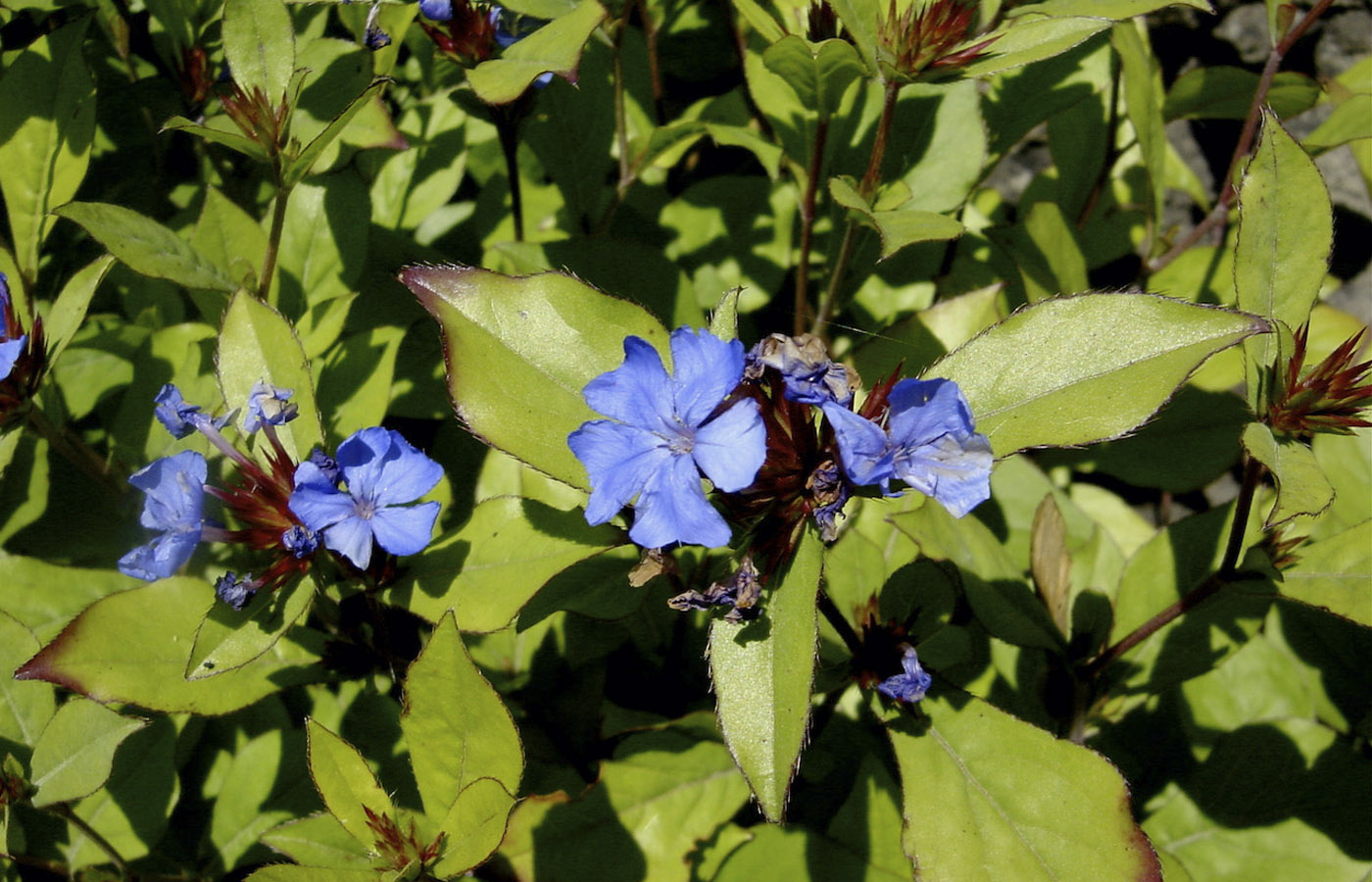 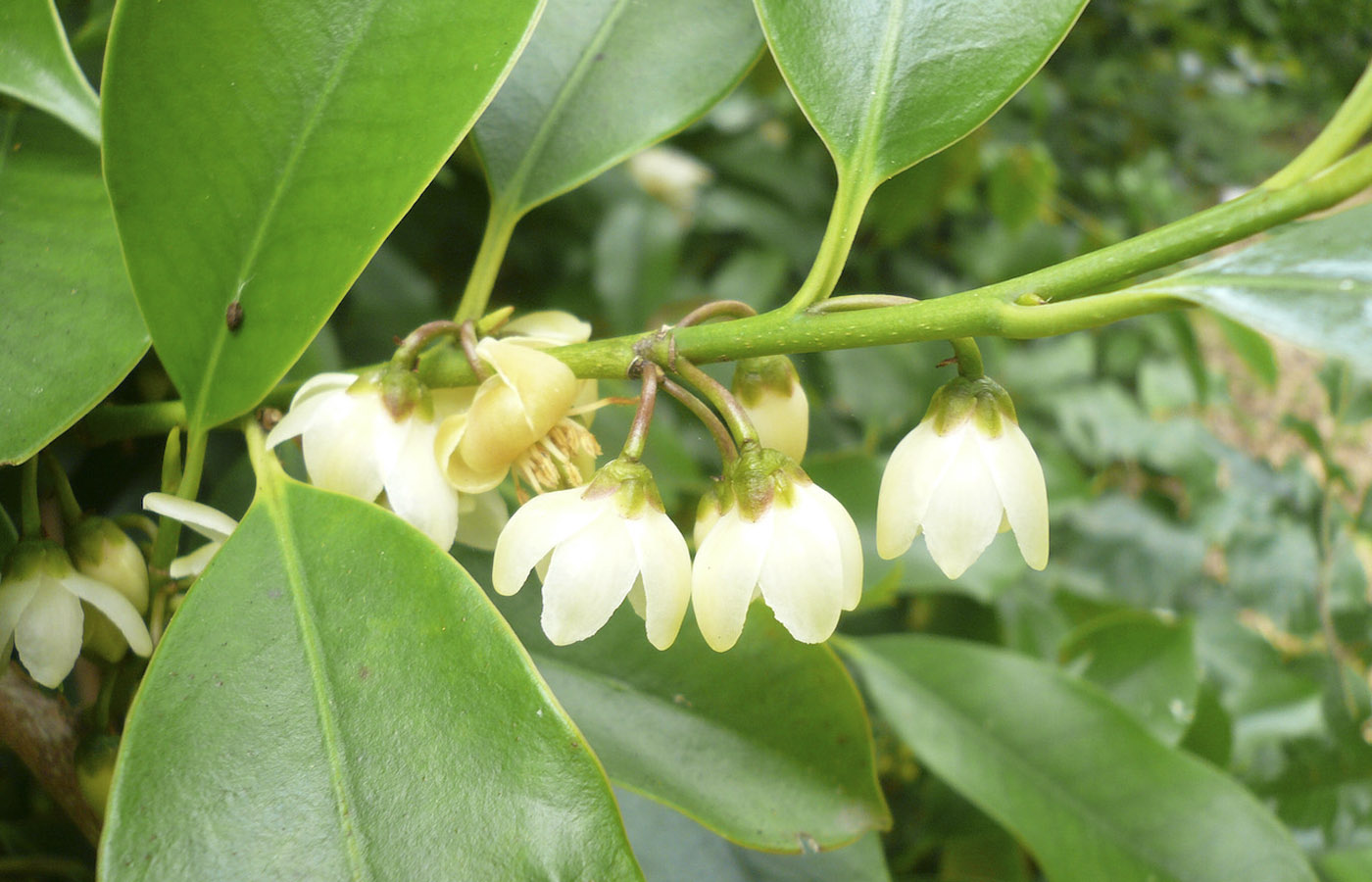 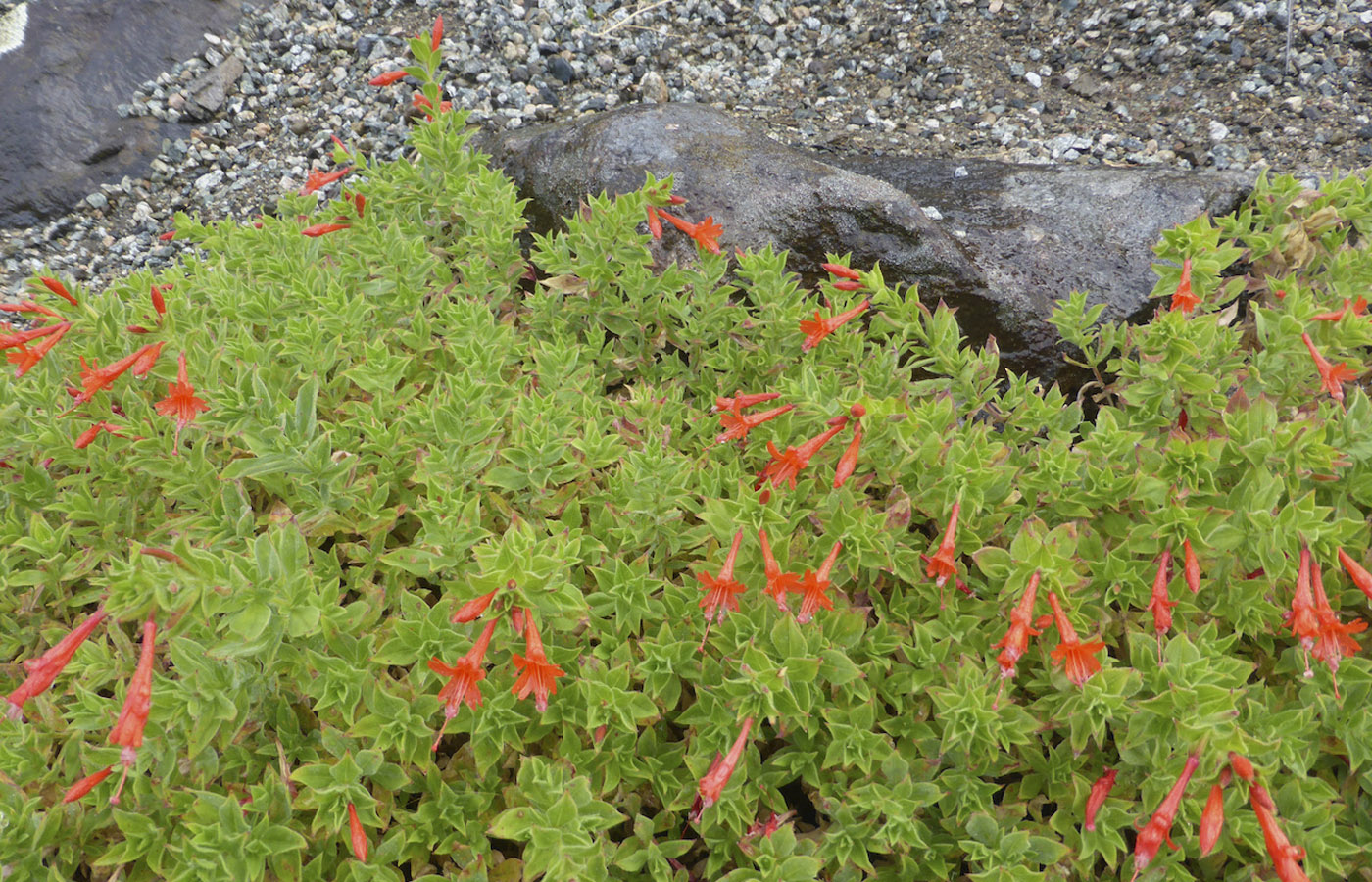 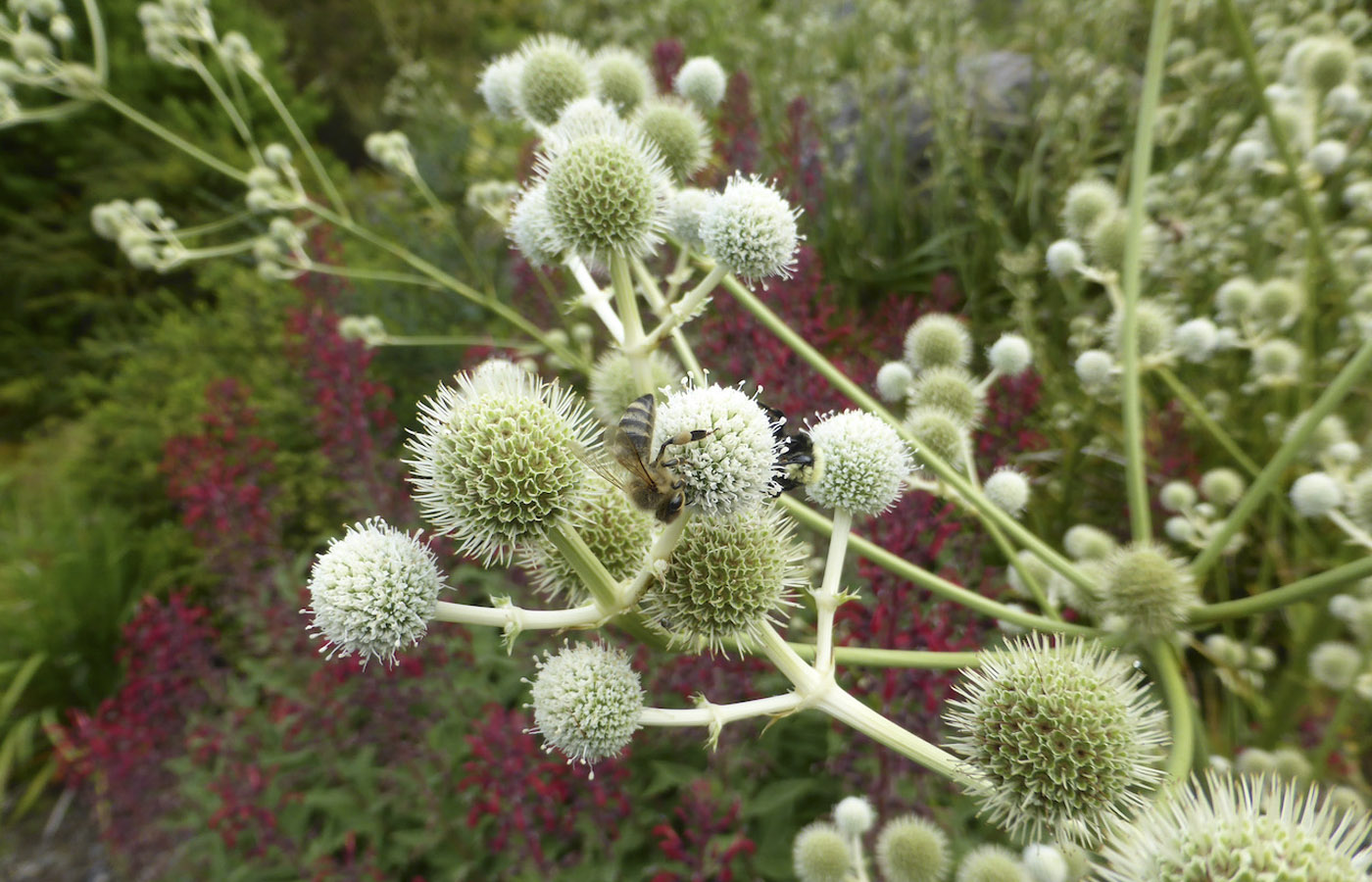 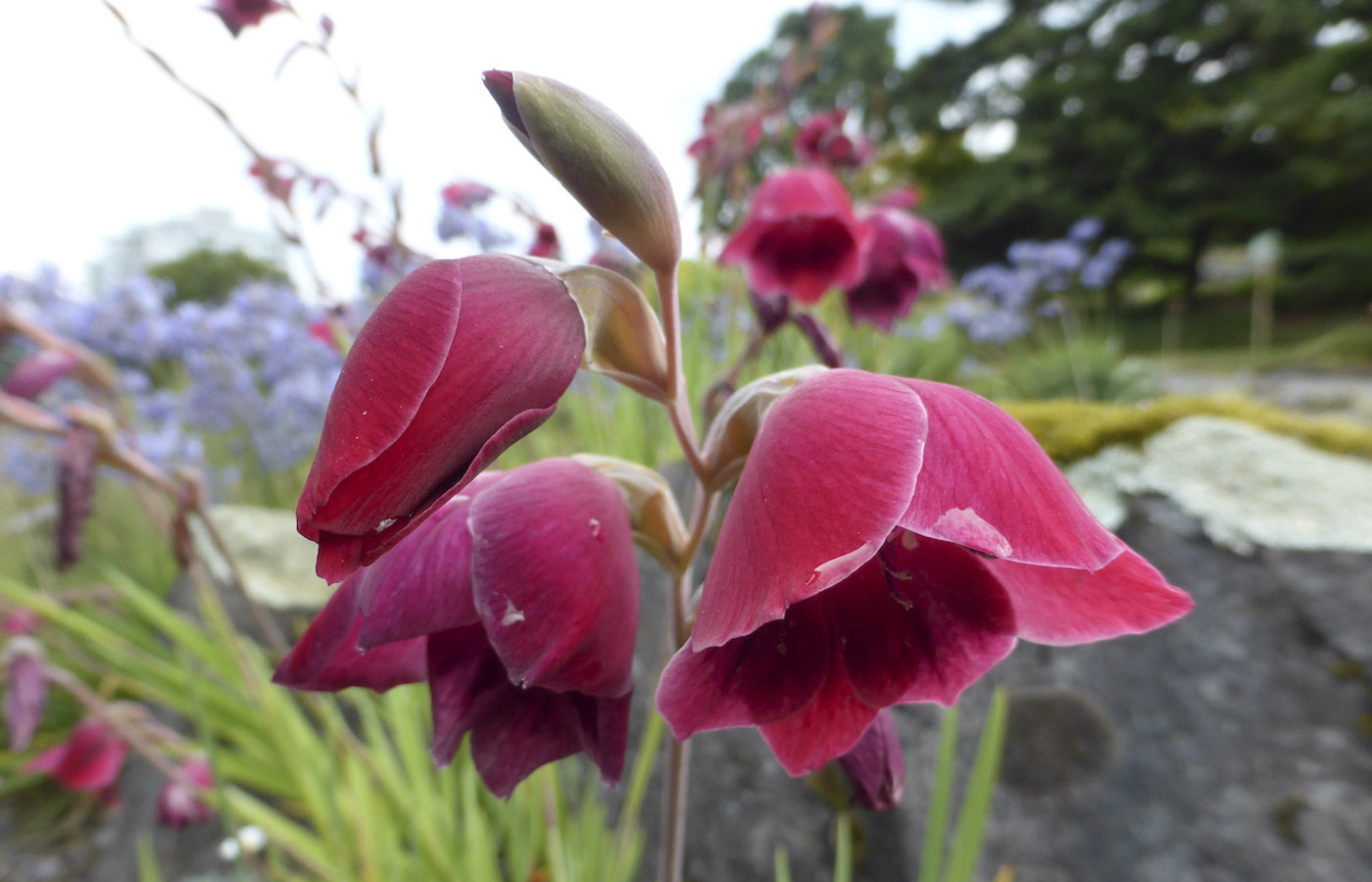 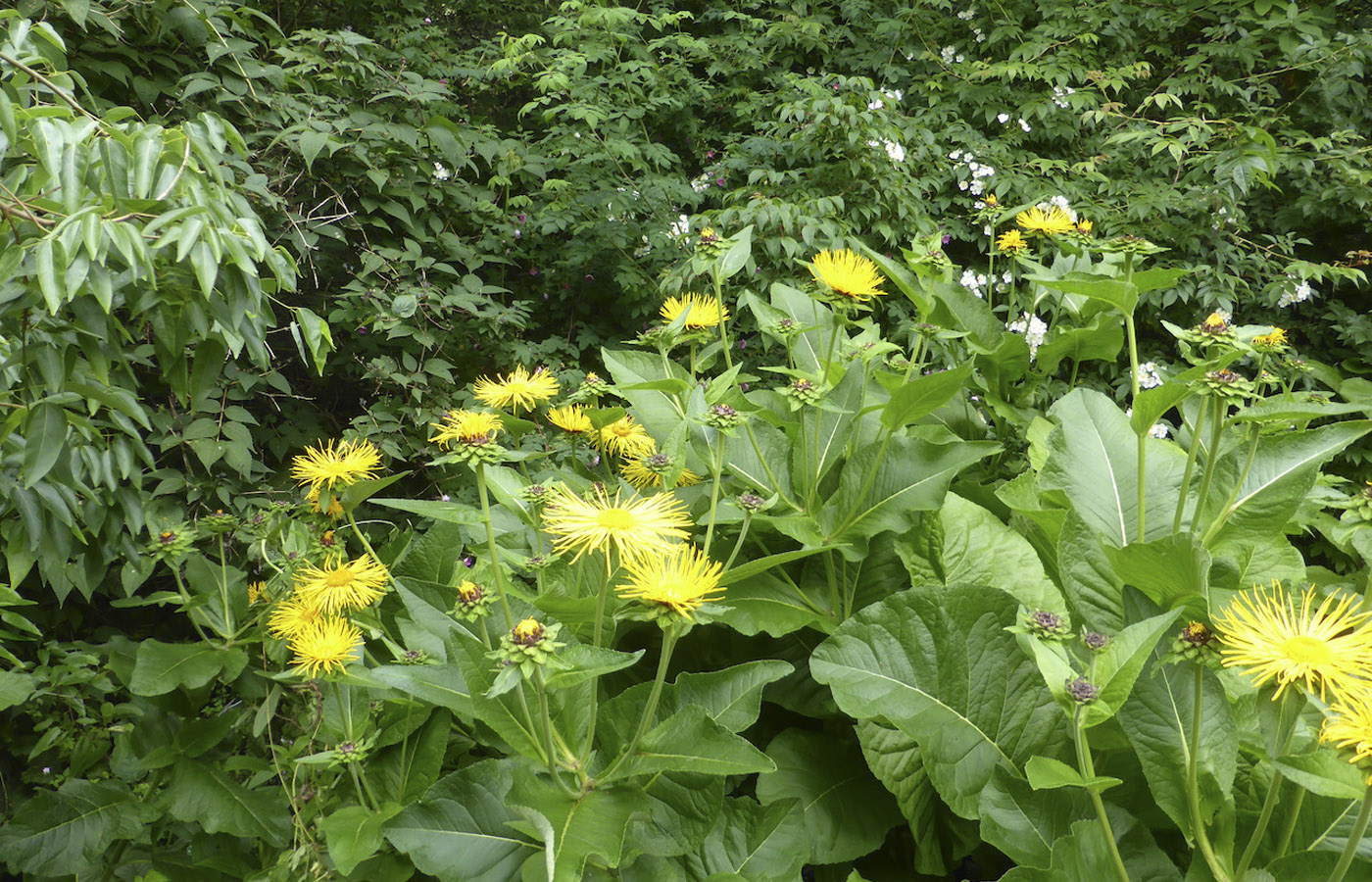 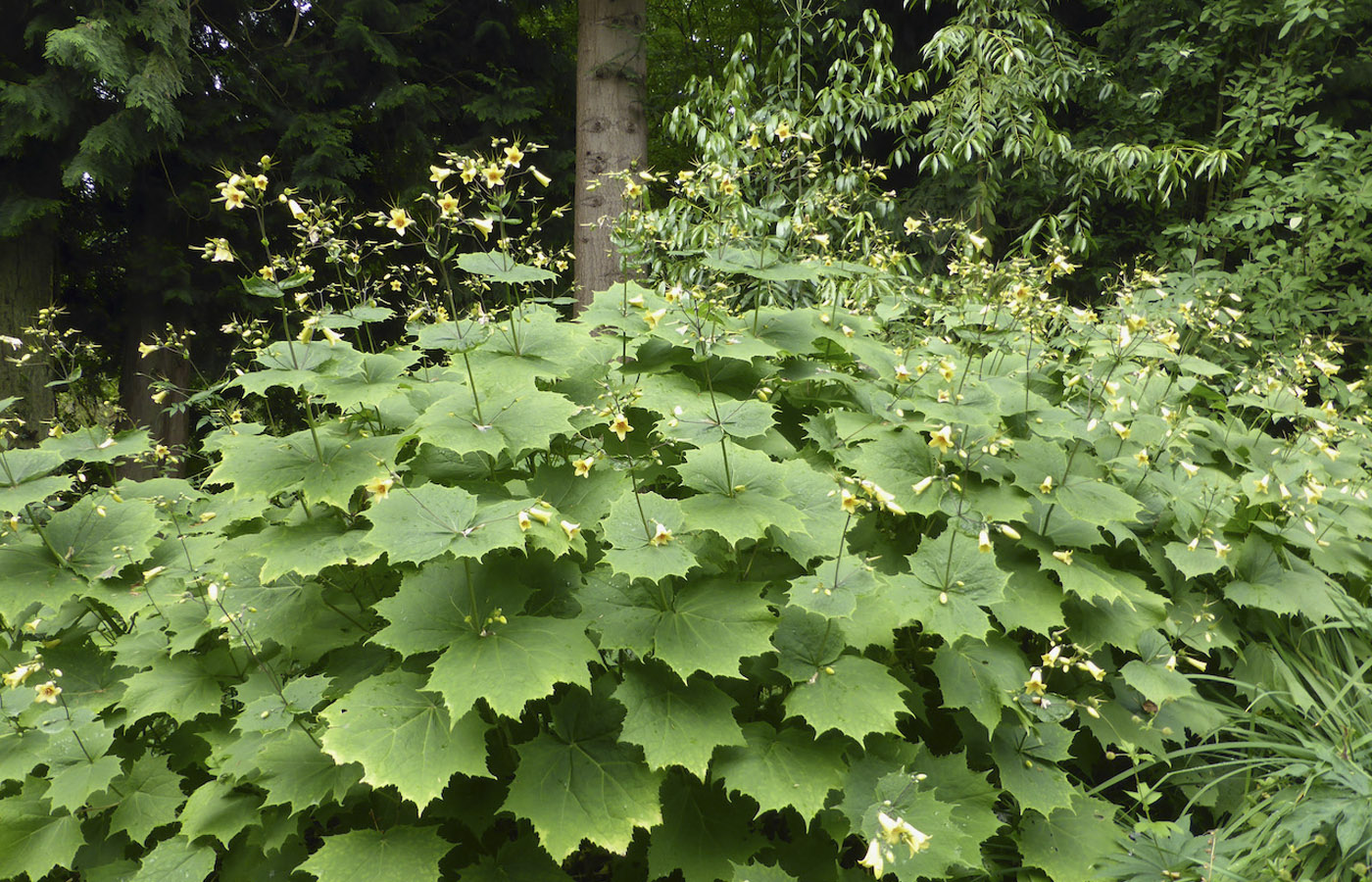 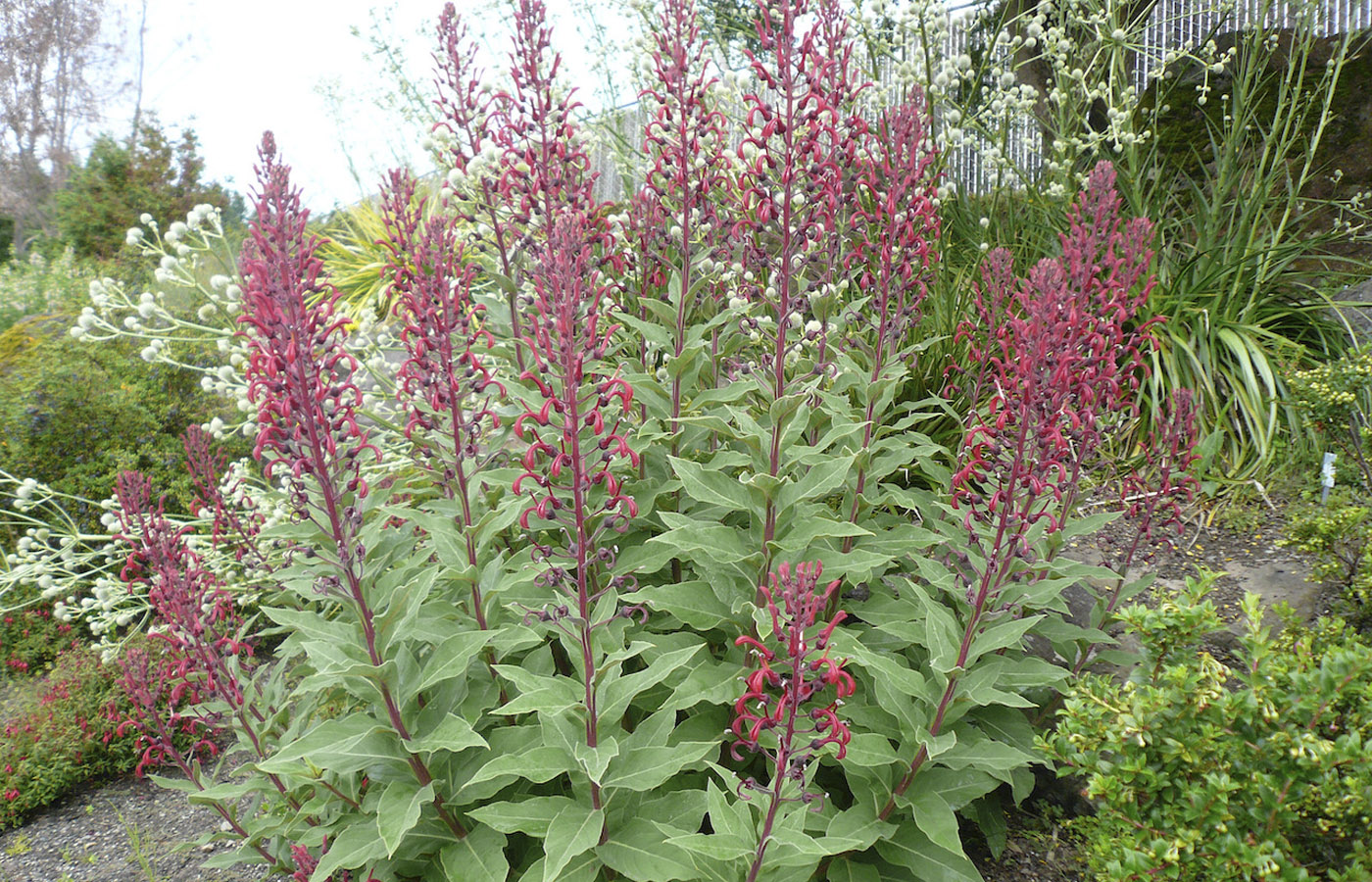 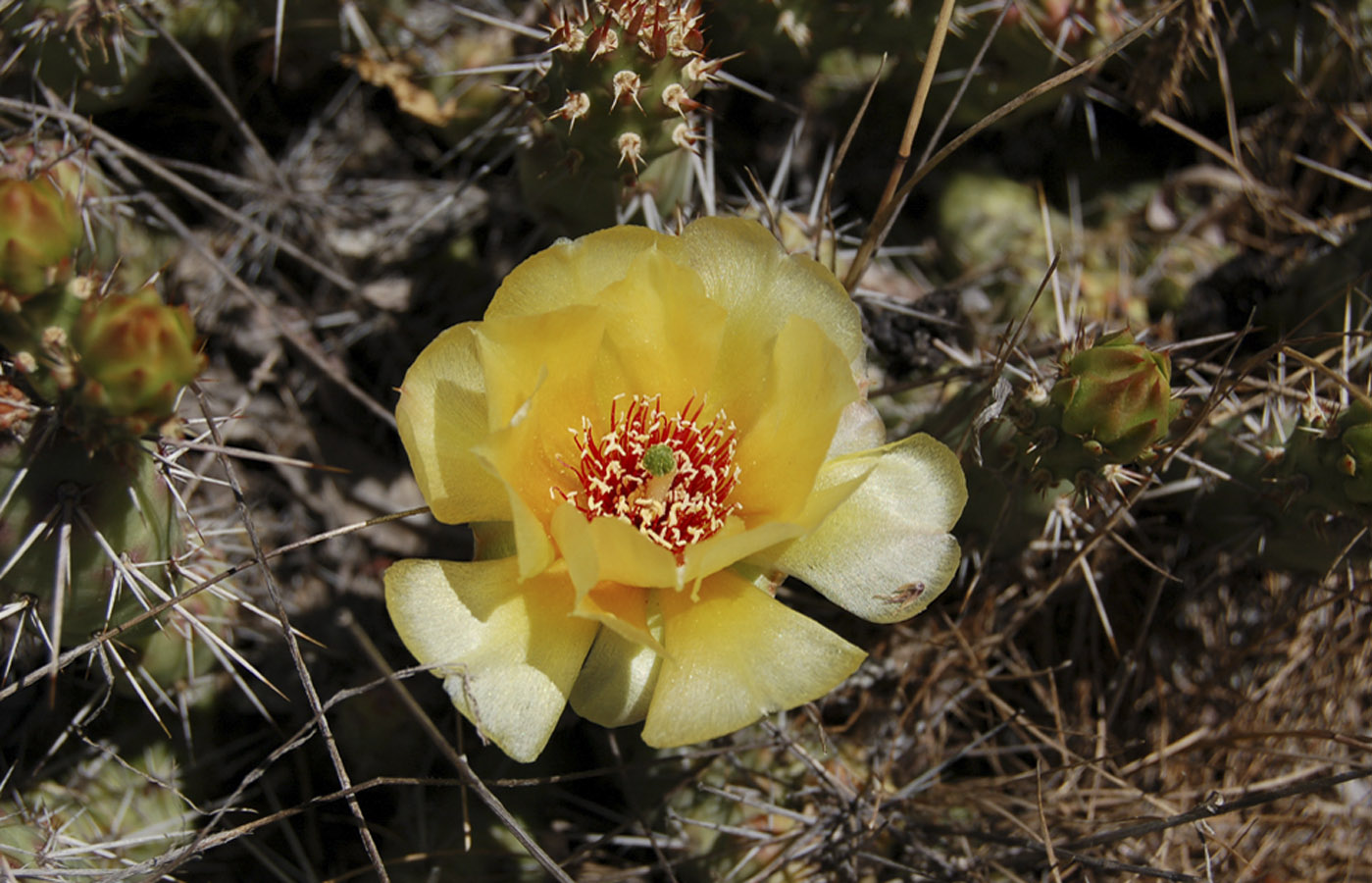 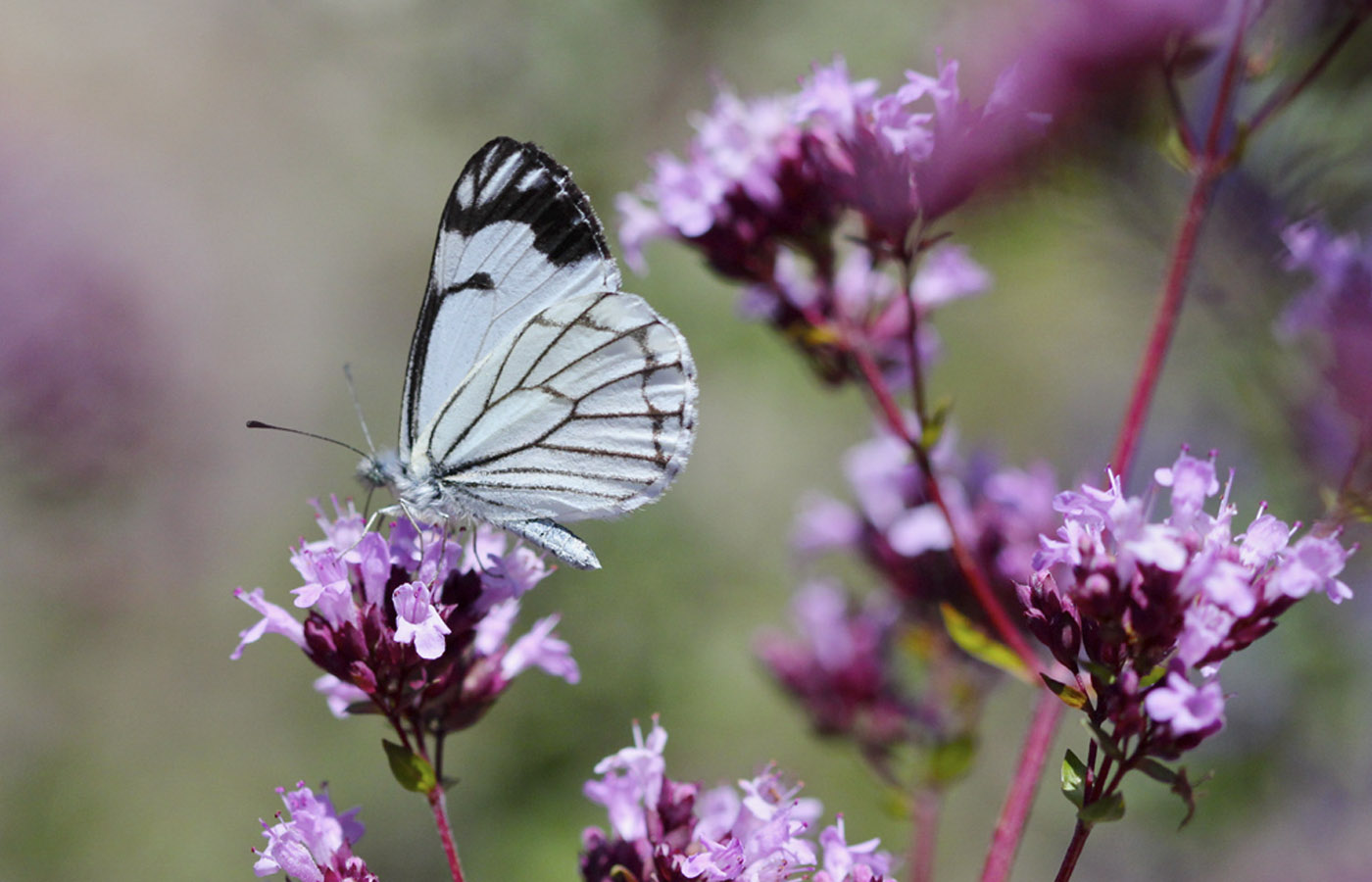 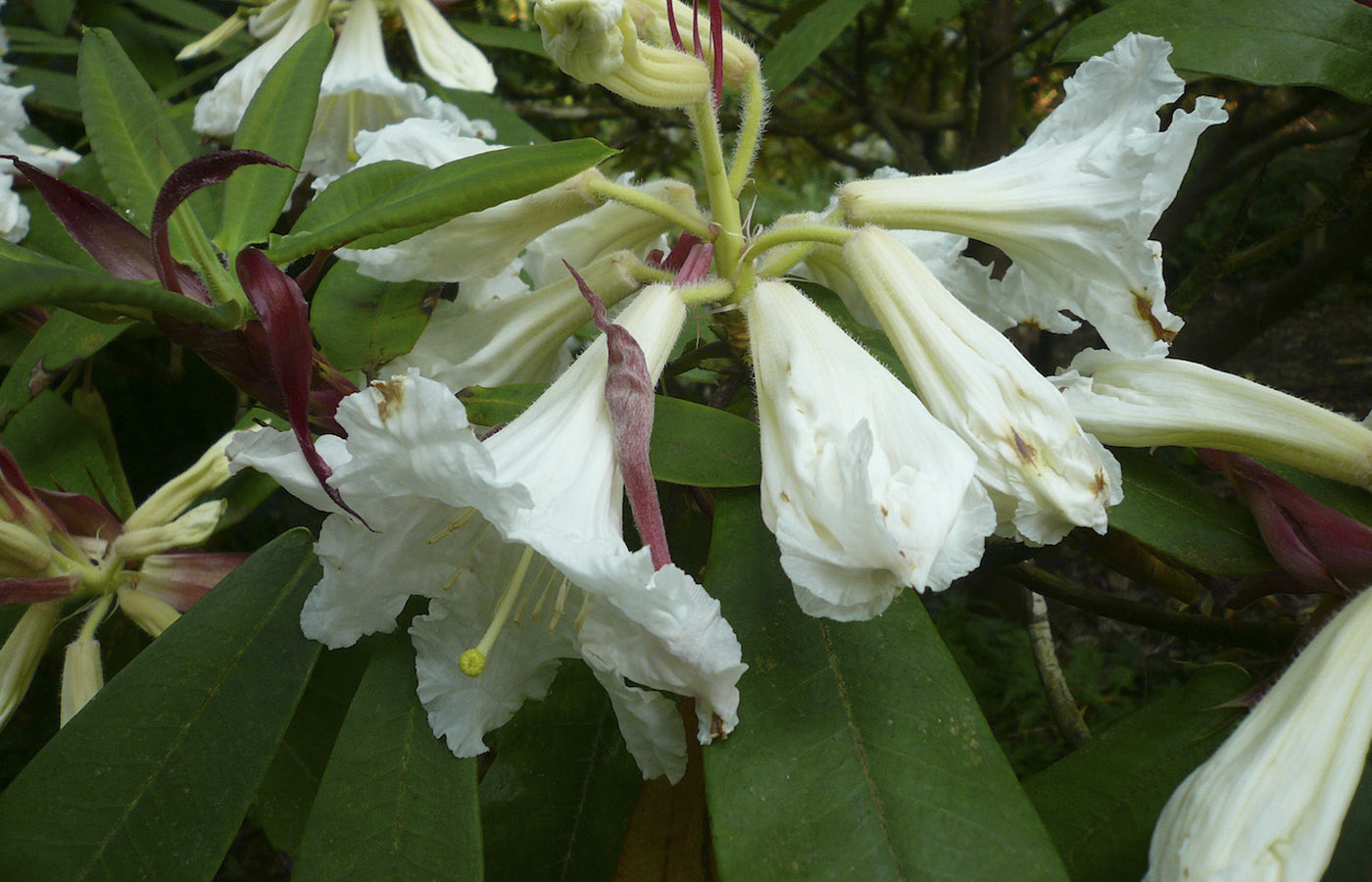 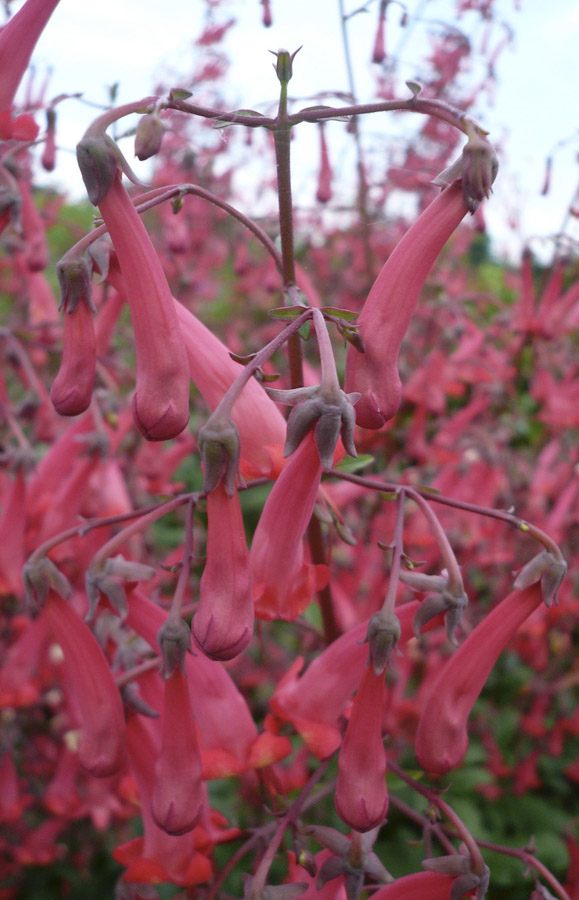 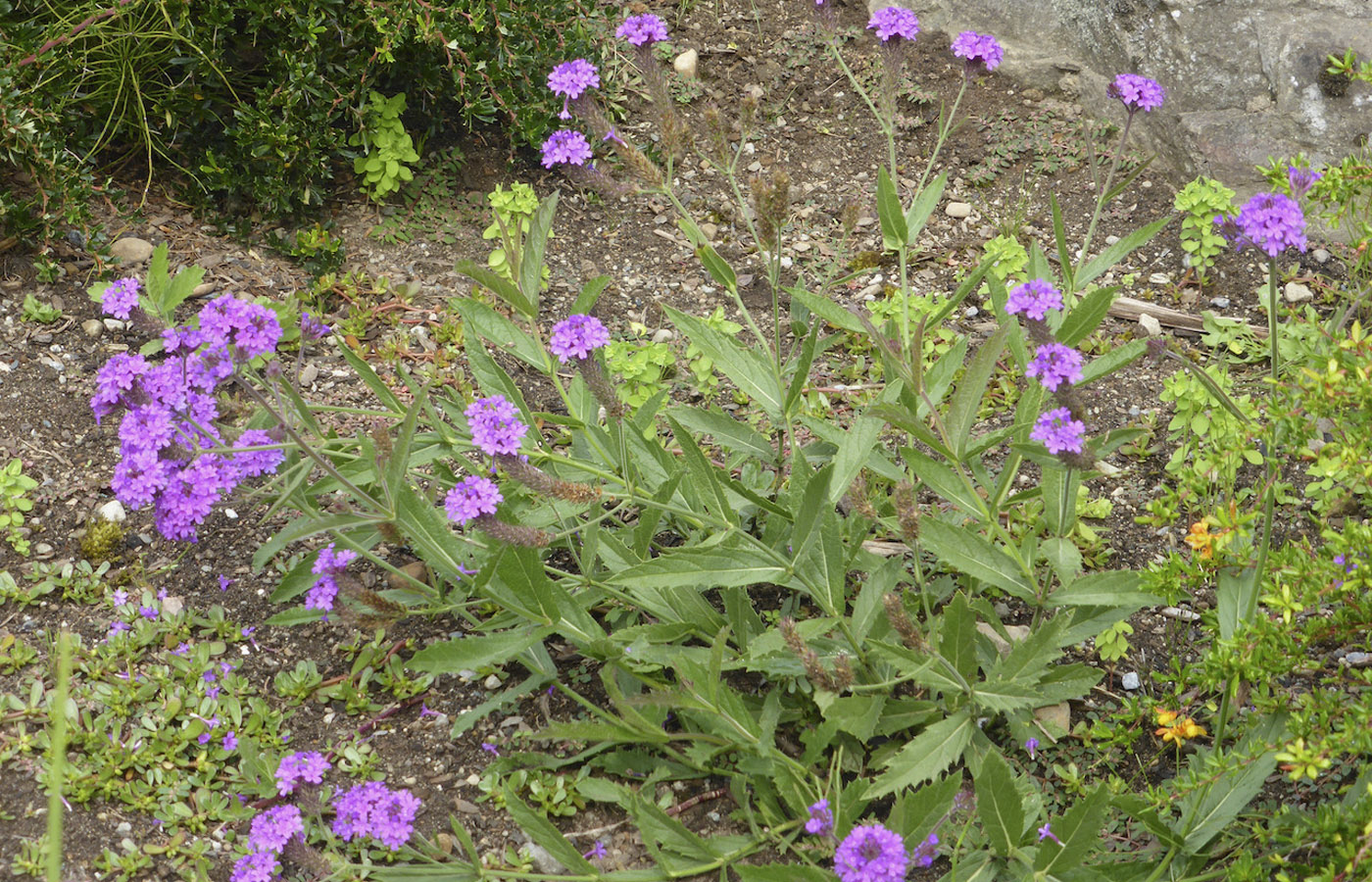 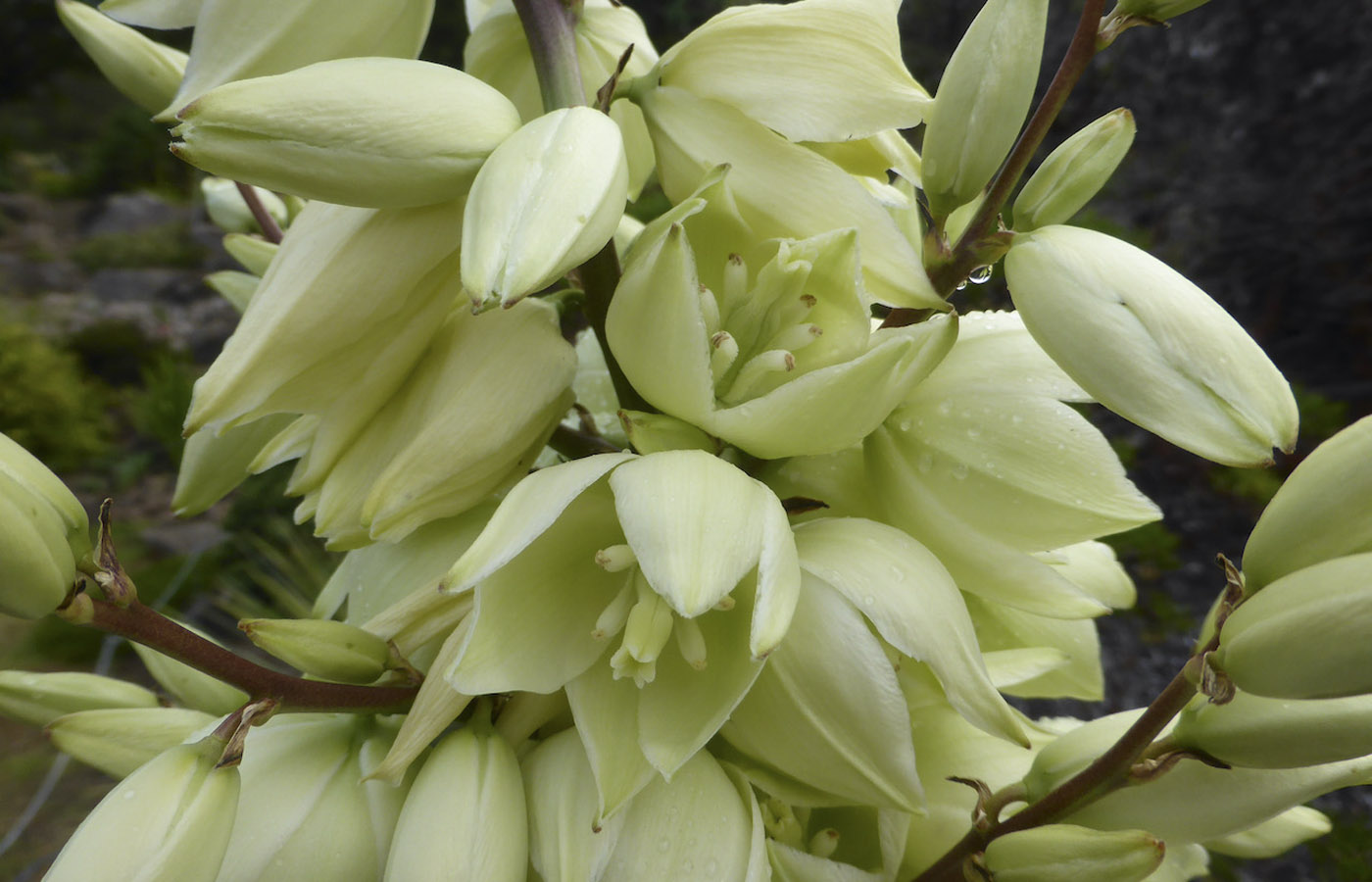