In the late fall of 2016 UBC Botanical Garden lost one of its longest-standing Friends of the Garden, Jo Bridge. Jo joined the FOGs in 1976 and served in various capacities as a volunteer for the Garden for 40 years.

Some staff remember Jo for her interest in education. Much of the early education programming material at the Garden includes Jo’s name as author or co-author. Jo was also exceptional at leading detailed tours through the Nitobe Memorial Garden. Every stone, lantern, path and planting was designed with intentional purpose, and Jo loved to guide visitors through the stories and the meaning of this special contemplative garden. Jo’s family remembers her particular passion for the plants and species of UBC Botanical Garden’s Native Garden, now called the Rainforest Garden. Jo’s love for native plants was reflected in her own garden, which she tended to for over half a century.

At the time of her passing, Jo’s family established the Jo Bridge Memorial Fund in support of UBC Botanical Garden. The Fund received contributions from past and current Friends of the Garden, as well as friends of the Bridge family.

With the Bridge family, UBC Botanical Garden is pleased to announce that the funds raised through the Jo Bridge Memorial Fund will be used to develop the new Pacific Slope Garden.

The current space designated as the Pacific Slope Garden is located on the north-east side of the Botanical Garden, just south of the Rainforest Garden and to the east of the Food Garden, Taylor Plaza and Garry Oak Meadow. Currently the area includes a smattering of 60 old and eclectic plantings that currently lack direction, theme, and significance.

At the present time, the Pacific Slope Garden doesn’t visually appear as a defined garden area. Access to the space by equipment is limited to the Vancouver dry season, June-September, due to the lack of non-turf circulation options. There is no conceptual plan in place for collections development. The broader impact of this lack of defined garden space includes the absence of microhabitats for biodiversity associated with floristic communities. Additionally North American or “native” plant collections, particularly those representing western floristic regions, are under-represented. 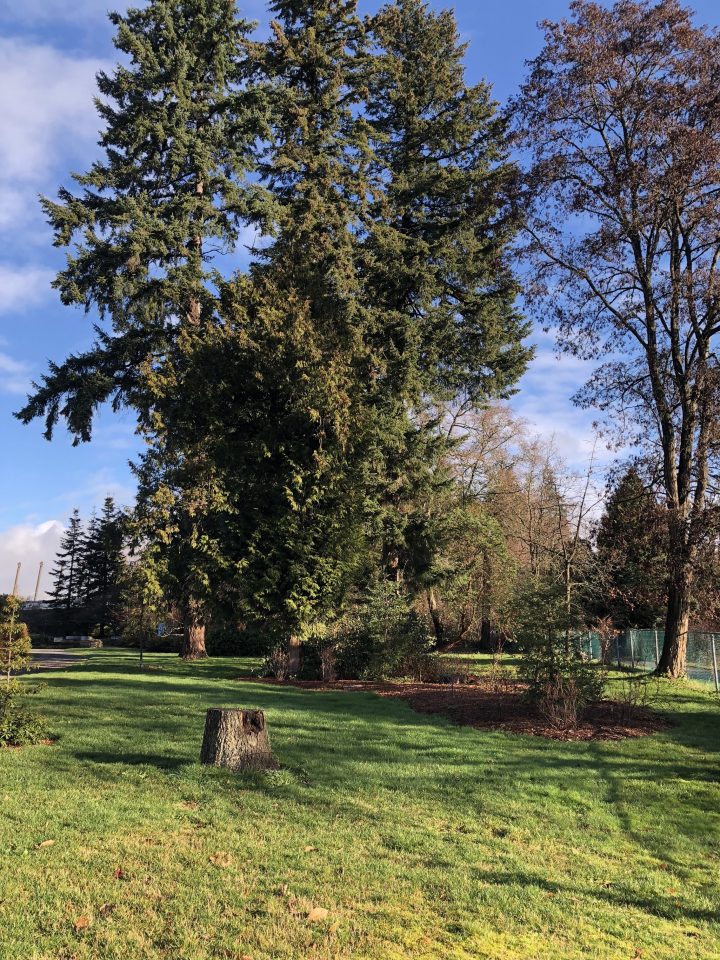 Thanks to the generosity of the Bridge family and others, UBC Botanical Garden will have the opportunity to launch the design and early-stage development of the Pacific Slope Garden. North American Garden Curator Ben Stormes explains that, “funds will be used in the development of a conceptual garden design and detailed circulation plan. First-stage development will also include creation of circulation pathways throughout the space and construction of small boulder outcroppings at select locations throughout the garden.”

Circulation pathways will begin to define the area and inform visitors that the Pacific Slope Garden is an intentional space designed for exploring. Circulation pathways also allow for all-season access to the Pacific Slope, facilitating garden development and maintenance year-round. This will be especially important as the garden continues to develop in the coming years. A conceptual plan for collections development will help inform collecting activities, and ensure consistent and appropriate garden development that is sensitive to the needs of both the Pacific Slope Garden and the surrounding garden spaces.

The development of rocky outcrops will provide suitable microhabitat for select plant species and plant communities that are unique to the ecology of the Pacific Slope. In addition to this garden work, funds will support field travel and seed collecting for Ben throughout British Columbia’s south coast regions, as well as throughout the Pacific Northwest in order to assist with the development, growth and maturation of the garden. Field work and seed collection through an established travel fund will provide Ben with the opportunity to collect species of importance for horticultural purposes and for conservation efforts. This collection work will provide, quite literally, the seeds that grow the Pacific Slope Garden. 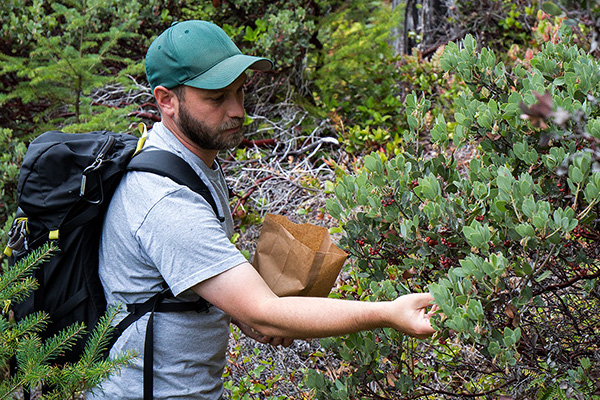 Thank you to the Bridge family, and those family members and friends who generously donated to make this exciting project possible. The Garden welcomes visitors to wander and explore the Pacific Slope Garden during its various stages of early development, and enjoy the new additions and plantings as the garden takes shape in the coming years.