As I’ve said many times before in this blog space, it’s difficult to predict the weather at the Botanical Garden more than a week or two out, which leaves me with little confidence about the number of winter-flowering plants that might be blooming for a visitor’s New Year’s walk. At this writing in mid-December, Clematis cirrhosa (winter clematis), Grevillea victoriae (royal grevillea), Mahonia x media ‘Charity’ (hybrid mahonia) and Viburnum x bodnantense (Bodnant viburnum) are looking great and full of flowers. As long as it doesn’t freeze hard, all of these will still be in bloom and there will be plenty of other flowers to talk about for January. No promises, of course. I can, however, talk about a feature that isn’t in the least affected by our normal weather: bark.

One doesn’t have to go far in the Garden to see trees and shrubs with interesting bark. I have many favourites—more than there’s room for here—and for myself, I can find something fascinating about nearly any kind of bark. Bark may be woody and permanent or papery and gradually shed. There are varying degrees of thickness of woody bark, depending on the kind of plant and especially its age. As woody plants expand in girth, the outer bark that protects the growing, dividing cells within the tree thickens and cracks to accommodate the expansion of the wood beneath. Fibrous bark, as one sees with Taiwania cryptomerioides (coffin tree), Glyptostrobus pensilis (Chinese swamp cypress) or Thuja plicata (western red cedar) also thickens, but continuously splits into narrow strips. Nearly all wet-climate members of the cypress family do this. In great age the bark of these and especially cypresses from hotter, drier climates form broader elongated more polished plates, the beginnings of which can be seen adorning Cupressus glabra ‘Silver Smoke’ (Arizona cypress).

A more common manifestation of woody bark could be described as “corky.” Cork is actually the technical term for what most people think of as bark. The cork that makes up tree bark can be air-filled (like bottle cork) or harder and more resilient, but all kinds of bark have ways of stretching to accommodate expansion. Young, living bark starts off as green, but non-green bark indicates dead cells, and these can stack up in all kinds of interesting arrangements. For example, bark can be finely patterned, as with the delicate lattice-like ridges of Stewartia rostrata (beaked stewartia), or prominent and corrugated, as it is with Pseudotsuga menziesii (Douglas fir). Besides Douglas fir, our corkiest bark probably belongs to Quercus variabilis (Chinese cork-bark oak), although given time, our Phellodendron amurense (Amur cork tree)—now mere smooth-barked youngsters—will be the most impressive of the three.

Some trees, like Phellodendron, take their time before producing thick, corky bark, and a number have bark that remains green and actively photosynthetic before doing so. Photosynthesis is the process that uses the sun’s energy to produce chemical energy for plant growth. Any green on a plant indicates living tissues that are capable of photosynthesis. The green pigment chlorophyll mediates the photosynthetic process, which also requires water and carbon dioxide. Roots supply the water, but breathing pores are needed for the CO2 to get into the chlorophyll-bearing cells, and for oxygen and water-vapour, the by-products of photosynthesis, to escape. Pores for gas exchange are typically located on the backs of the leaves, but for the green bark of snake-bark maples, the pores are usually organized in long, vertical lines. And to prevent the water vapour from escaping too quickly, these lines are furnished with waxes. Acer pensylvanicum (moosewood) in particular, stands out for the contrasting, waxy white stripes that line its trunks and branches. Several others in the snake-bark group have attractively striped stems, and a few have bright green, unstriped stems (in these, the pores are more scattered and not congested with waxes). Acer laxiflorum (loose-flowered maple) and Acer forrestii (Forrest’s maple) are perhaps the best examples, though there is an extraordinary, forty-year-old Acer davidii (Pere David’s maple)—a usually striped-bark species—near the west end of Handel-Mazzetti Trail that has smooth, uninterrupted green bark. The danger with green bark is that it is perilously thin and easily damaged—these are living cells below only a fine coating of transparent epidermal wax—and we see that snake-bark maples that are old, sun-exposed or mis-handled will eventually develop a protective layer of corky bark. 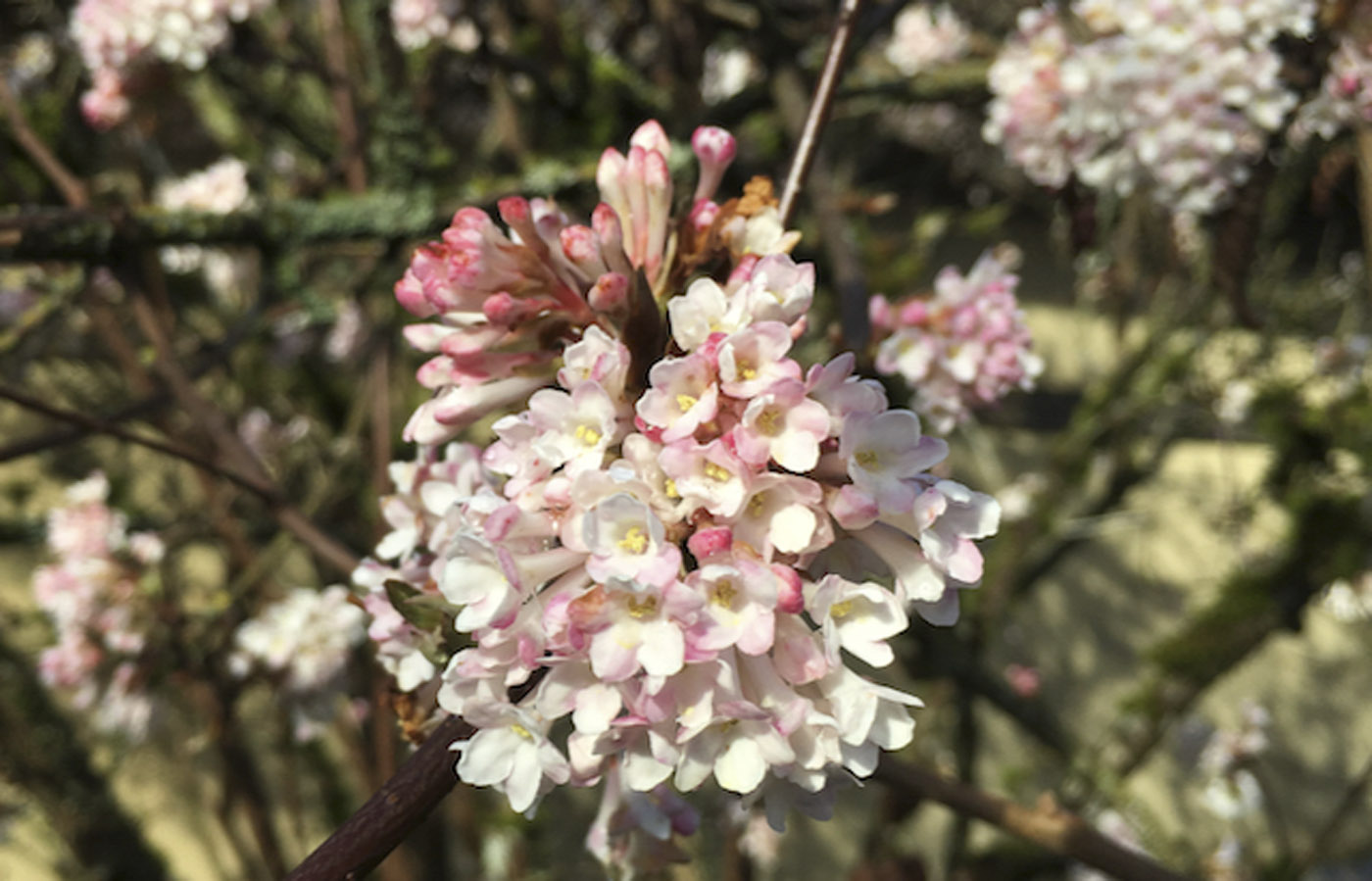 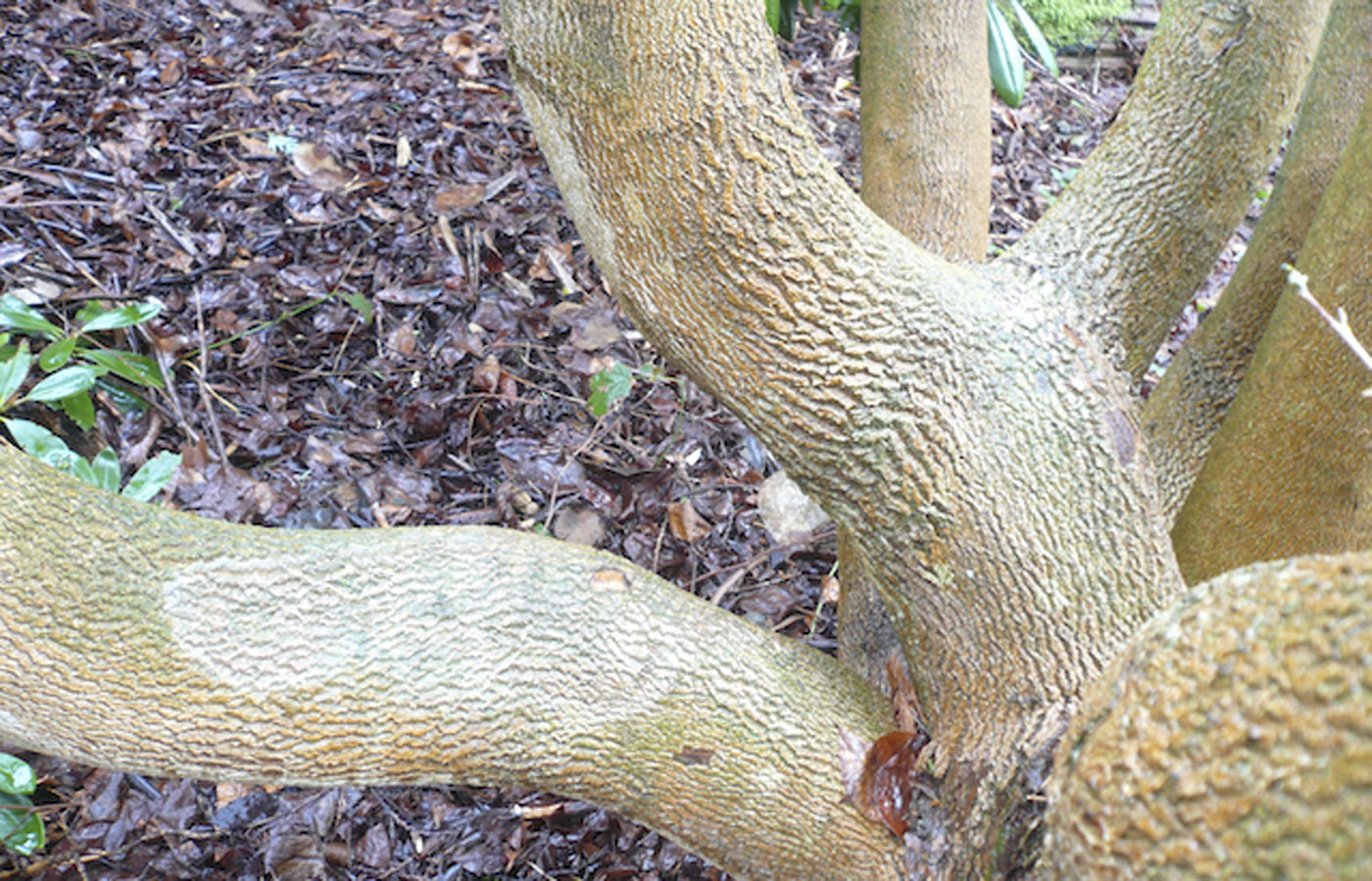 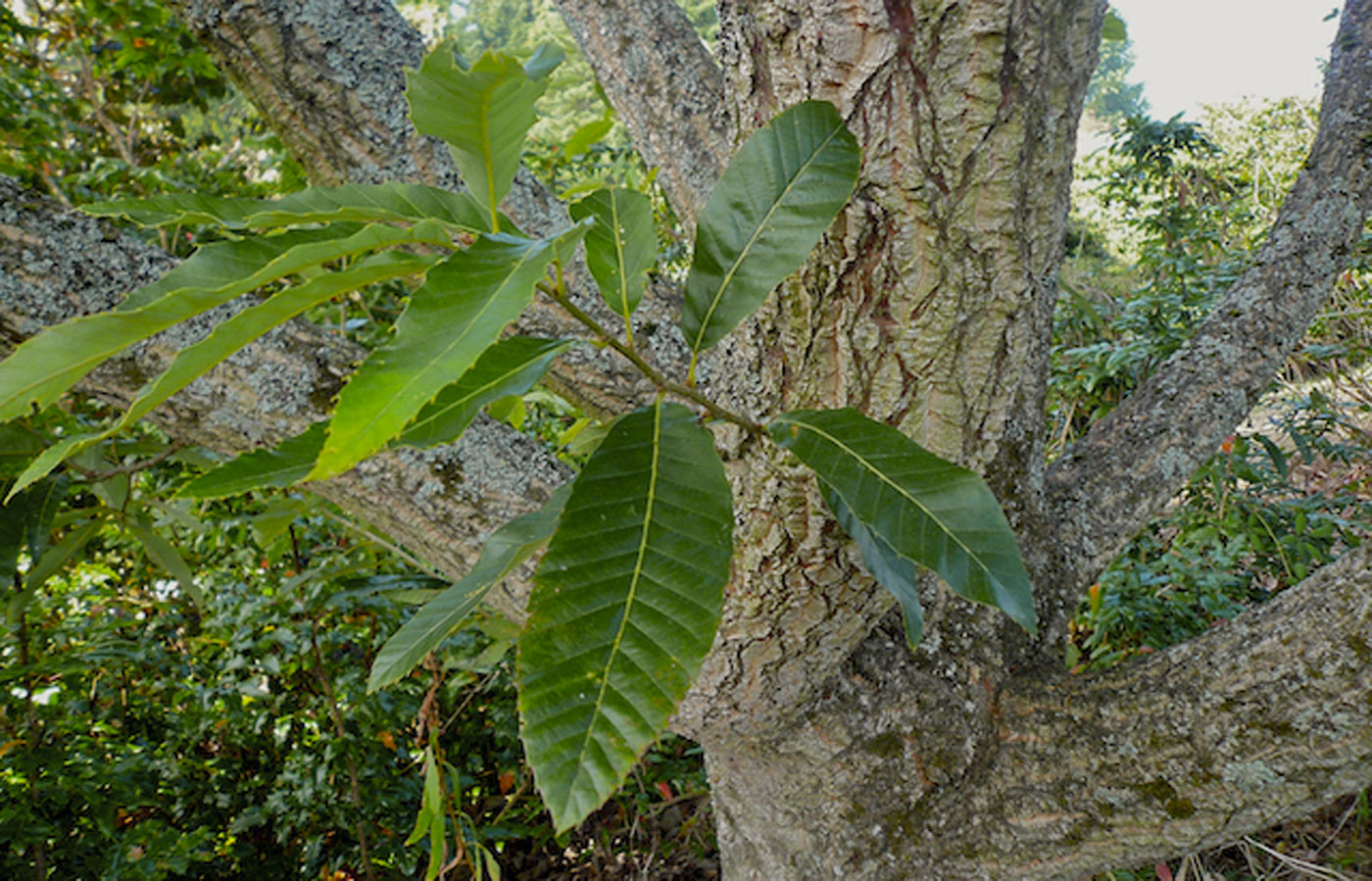 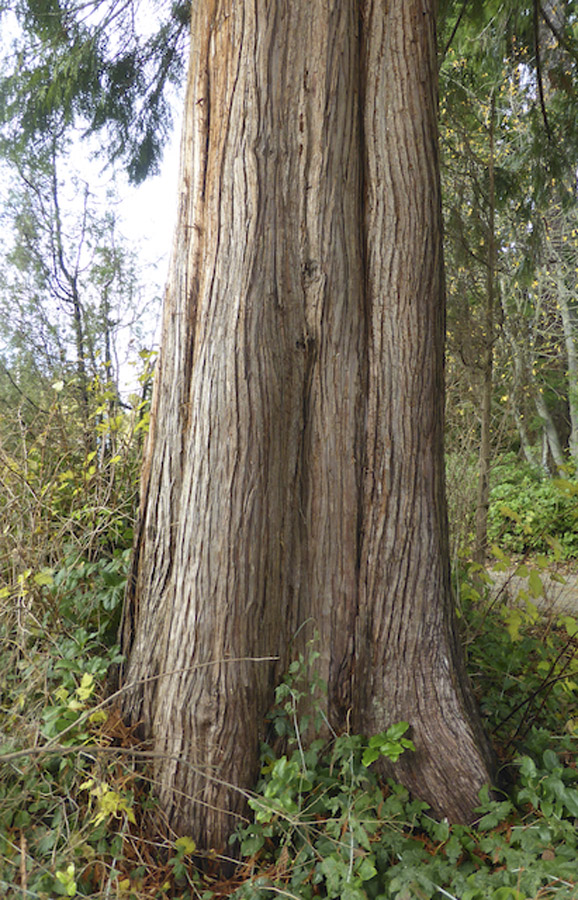 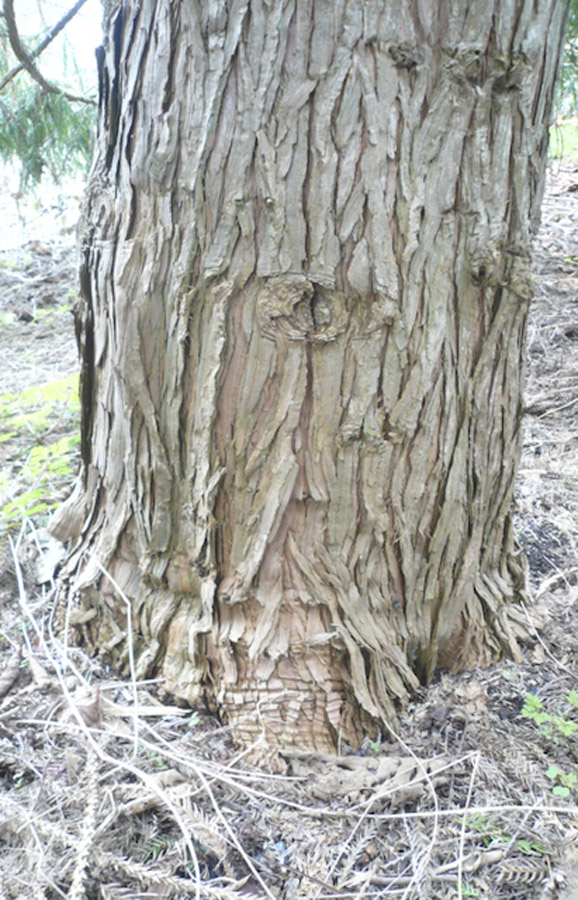 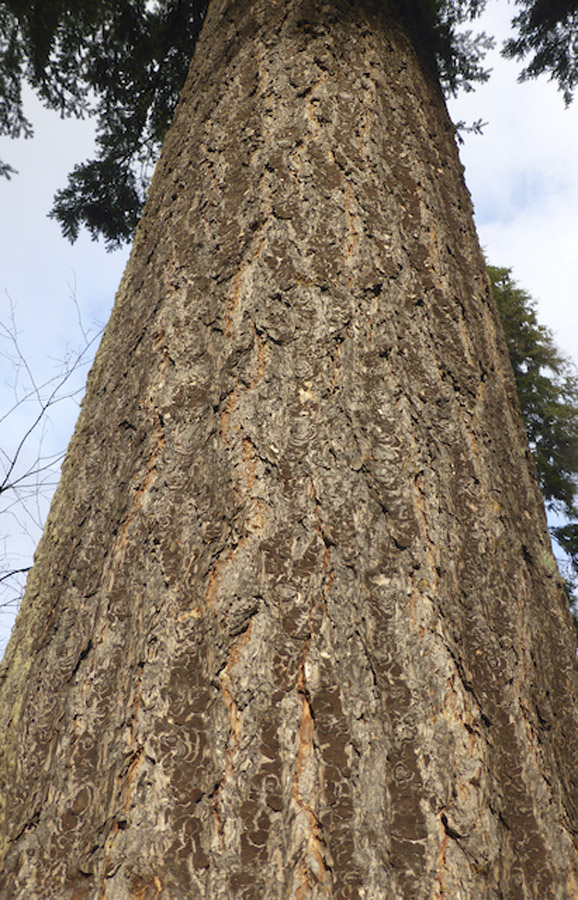 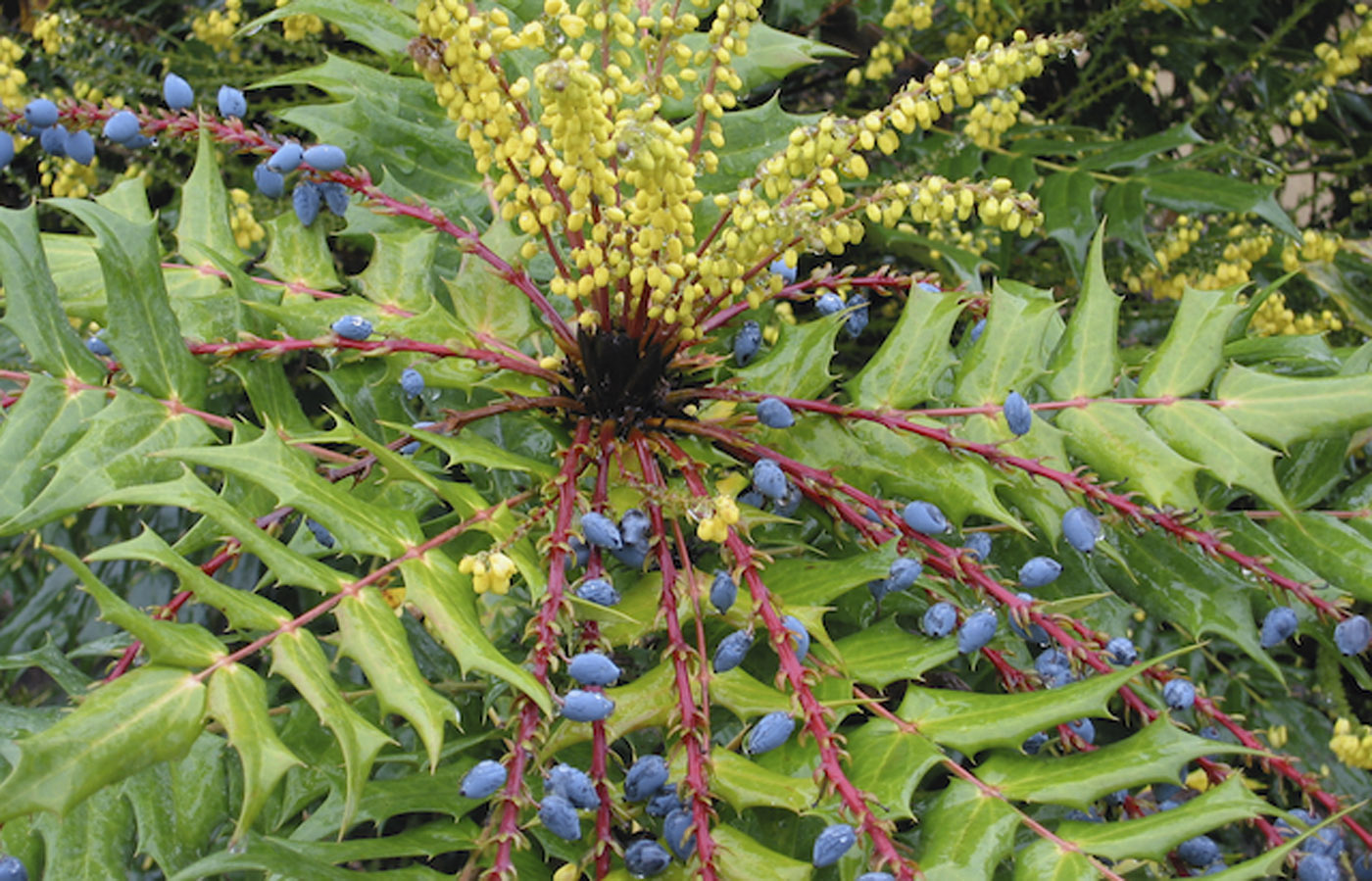 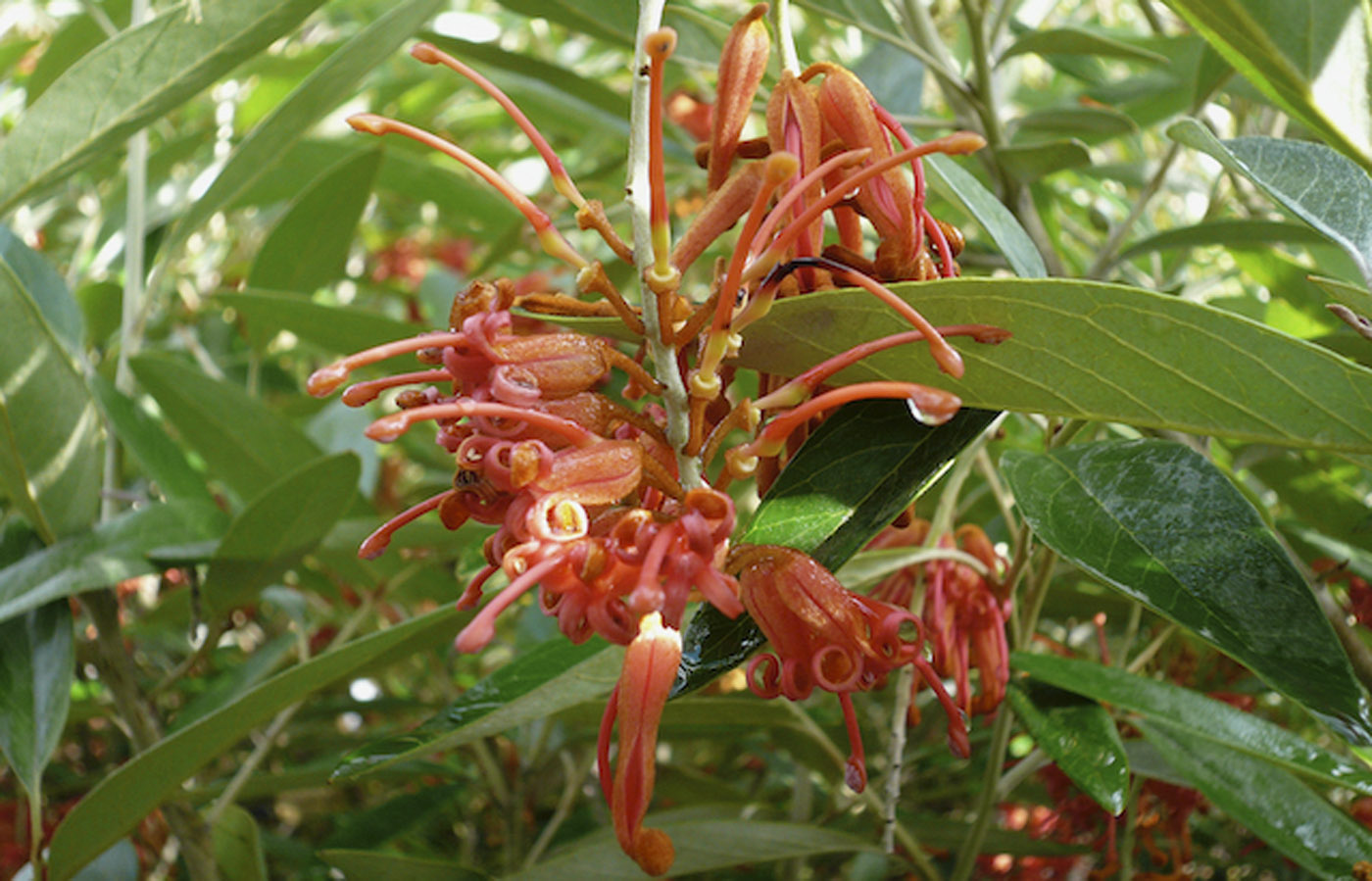 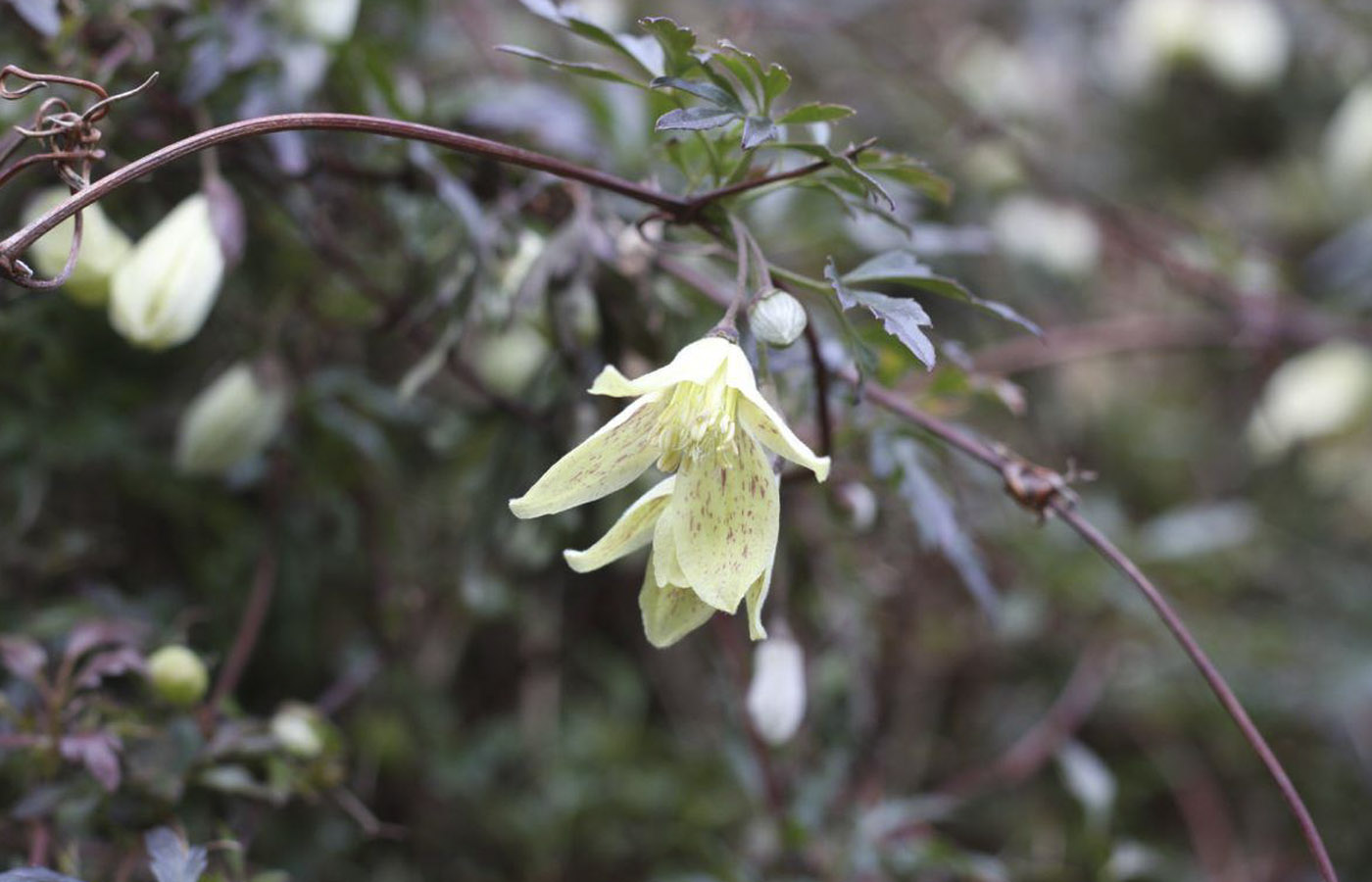 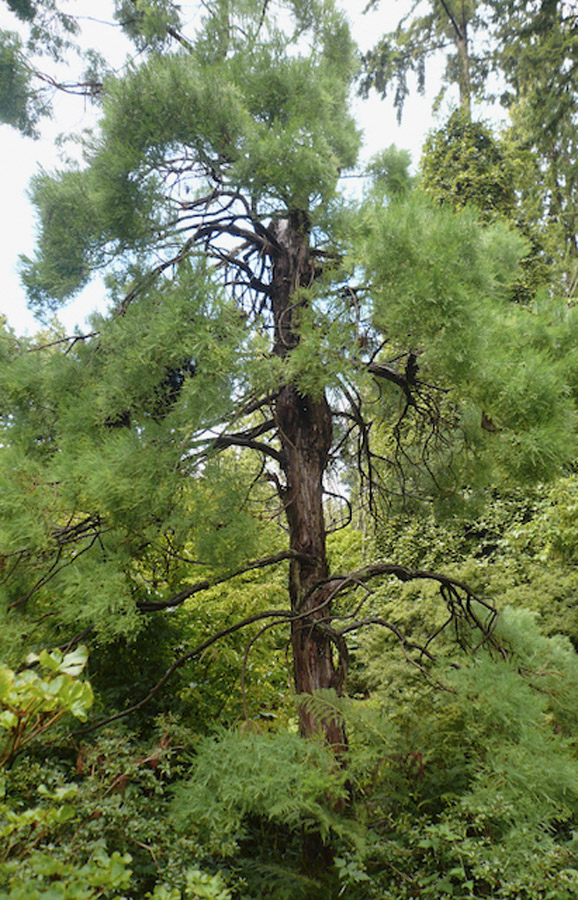 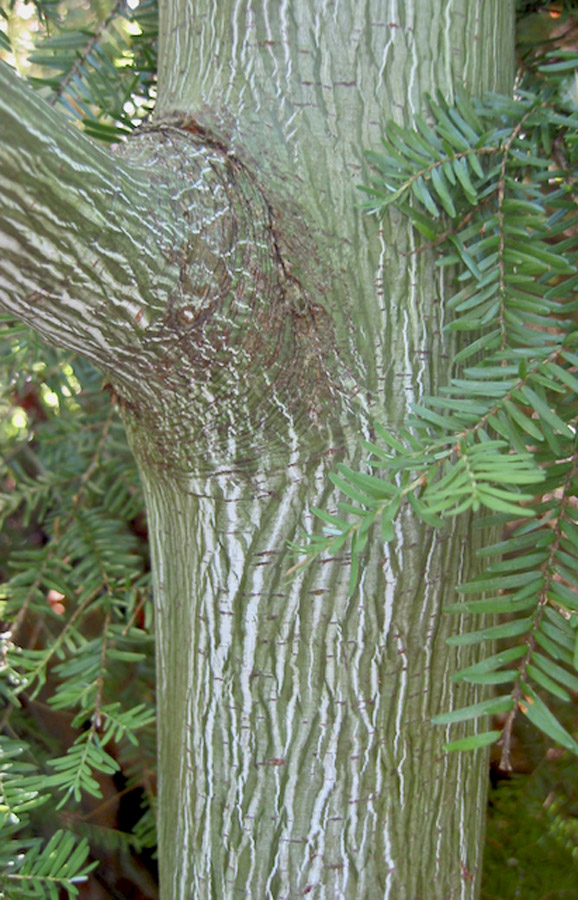 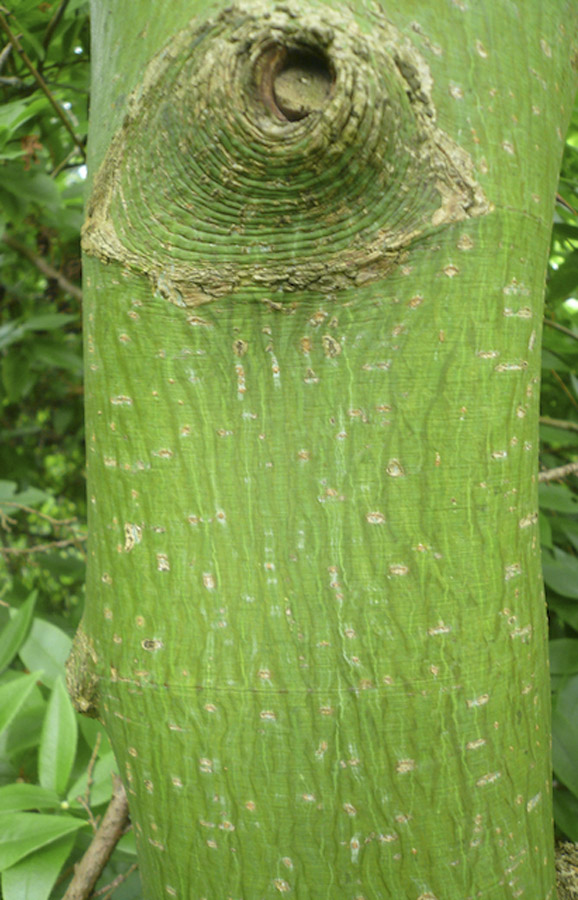 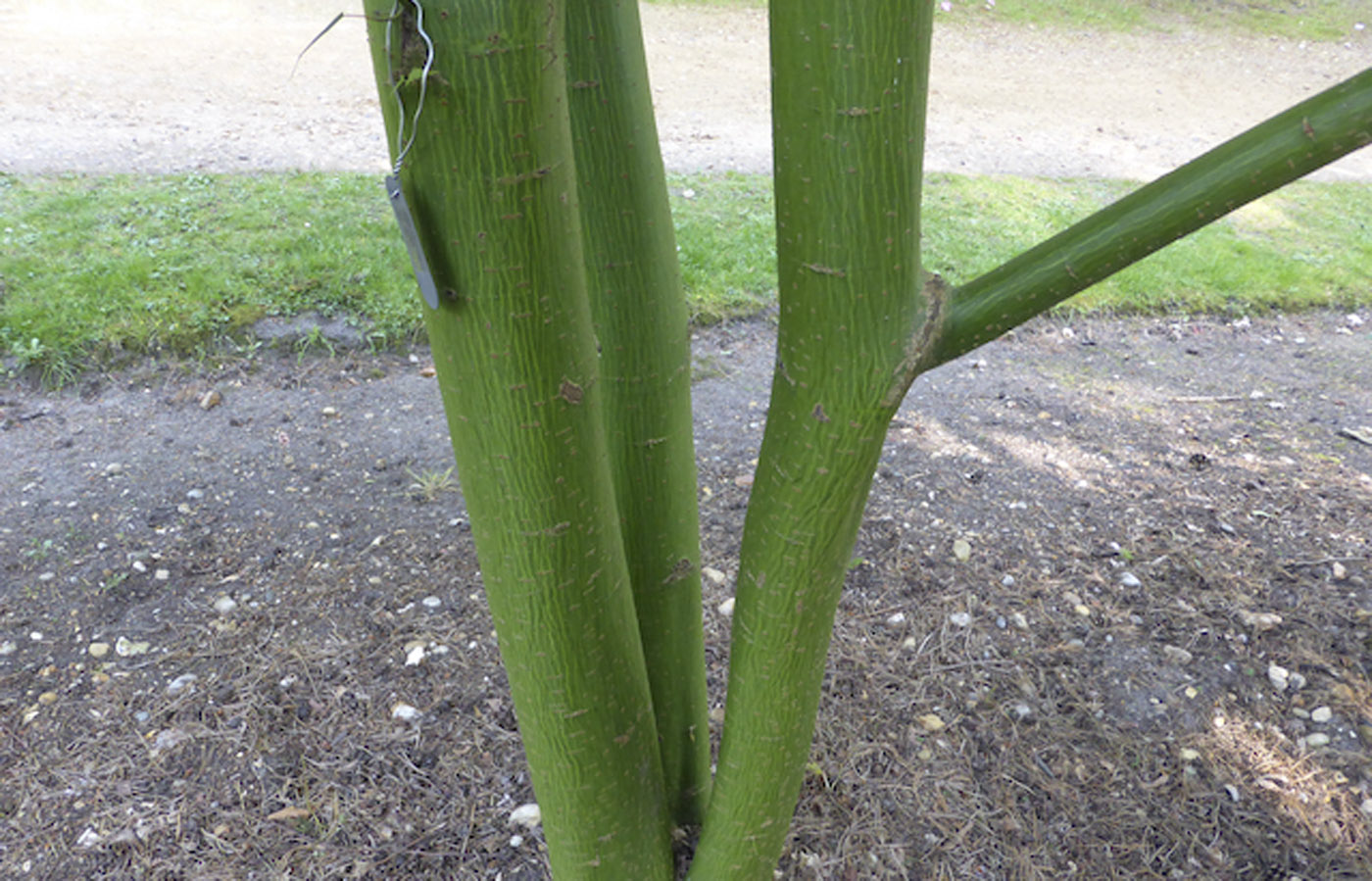 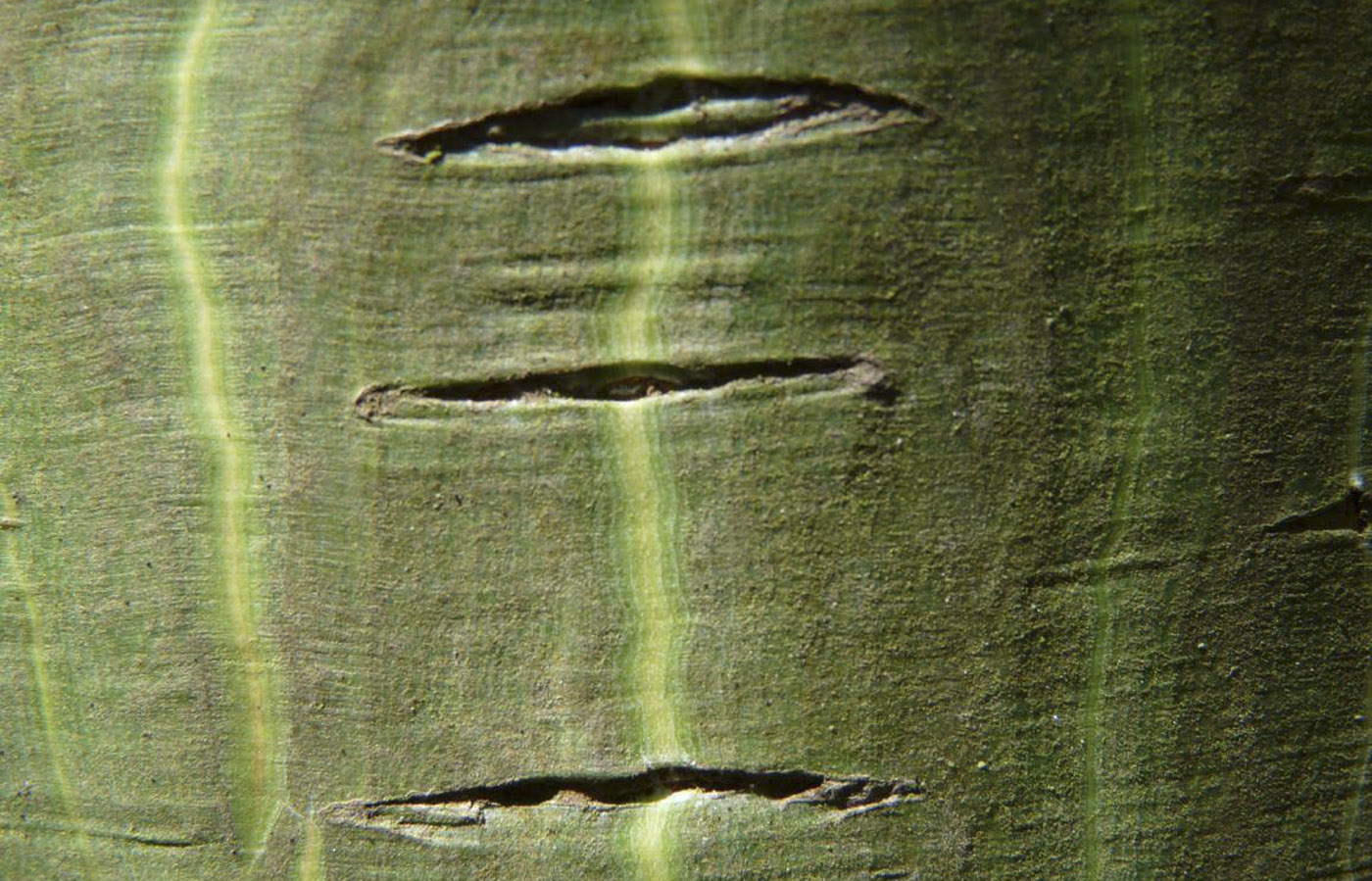 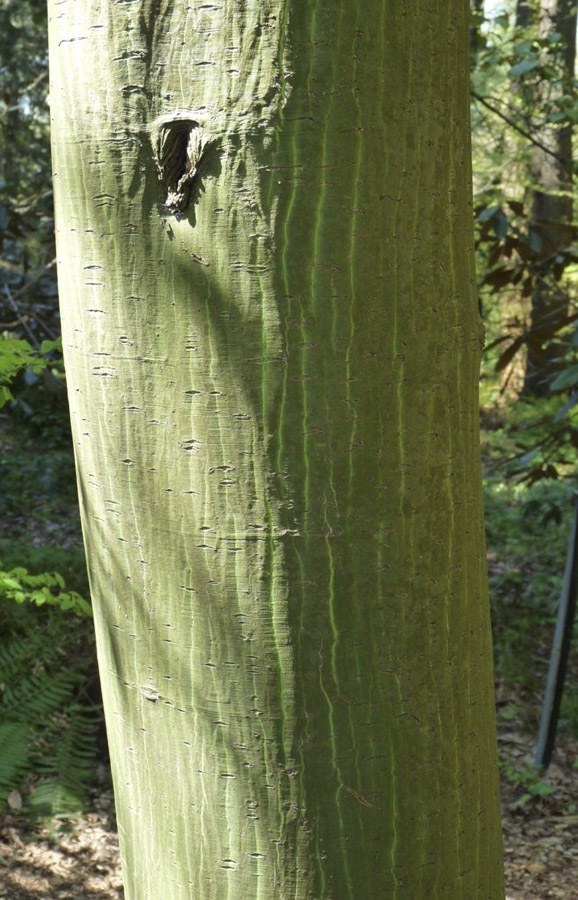 One response to “January in the Garden 2022”