September’s blog contribution highlighted fuchsias and their hummingbird pollinators, and I should report that the fine weather in October continues to foster their zippy, nectar-sipping enthusiasm. This month I could continue to talk about fuchsias, or indeed, our expanded collection of salvias in the front entrance plaza which are all spectacular this year, but these plants are so showy they almost speak for themselves. Instead, I want to focus on Hydrangea, an important summer- and fall-blooming group of deciduous and evergreen trees, shrubs and climbers. These plants are exceptionally showy in flower, but even when the flowers are spent and starting to turn brown, they are, in an autumnal kind of way, still exceptionally attractive. 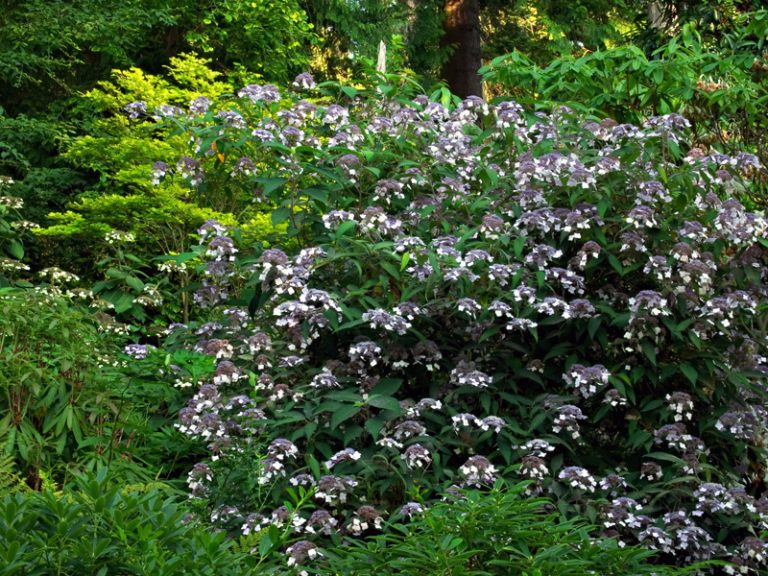 The number of Hydrangea species known is between sixty and seventy-five; the majority coming from Asia, but with few notable species native to eastern North America, Mexico and South America. The exact number of hydrangeas is somewhat controversial, as many of the species are variable. Recent examinations of Hydrangea relatives using molecular genetic techniques (DNA analysis) has shown that a number should actually be included in the genus. For example, Decumaria, Deinanthe, Dichroa, Pileostegia, Platycrater and Schizophragma, which are all grown in UBC Botanical Garden, will now have to be re-labelled as hydrangeas. In many hydrangeas, both fertile and sterile flowers occur in the inflorescence (flower cluster), the sterile flowers comprised primarily of one or more expanded, petaloid sepals. The sterile flowers typically form a showy ring around the margins of the inflorescence, and thus, increase visibility to pollinators. The fertile flowers are smaller, with four or five normal-looking—albeit tiny—petals. These are the flowers that produce seeds. The name Hydrangea comes from the Greek hydro = water + aggos = jar, referring to the tiny urn-shaped, dry capsular fruits that contain the seeds. In autumn and winter, the stiff stems of the inflorescence allow small birds to pick away at the ripened fruits to extract the tiny seeds.

In total in UBC Botanical Garden there are about eighty different hydrangeas. The majority are species from wild-collected seed, but there are also several selected cultivars of the more common types. Most are shrubby, deciduous species. There is even one tree-like species in the collection. They can be found primarily in the Asian Garden, but also in the Contemporary Garden and the Carolinian Forest Garden. The most unusual of the American species is undoubtedly H. quercifolia (oak leaf hydrangea). As the common name suggests, the leaves are surprising similar in shape to those of the red oak (Quercus rubra). The species produces a showy, conical inflorescence. Another unusual shrubby hydrangea is the Southeast Asian H. febrifuga (formerly Dichroa febrifuga). This species differs from the typical hydrangea in that it produces berries, rather than dry capsules. These are, like the flowers, an arresting bright blue. 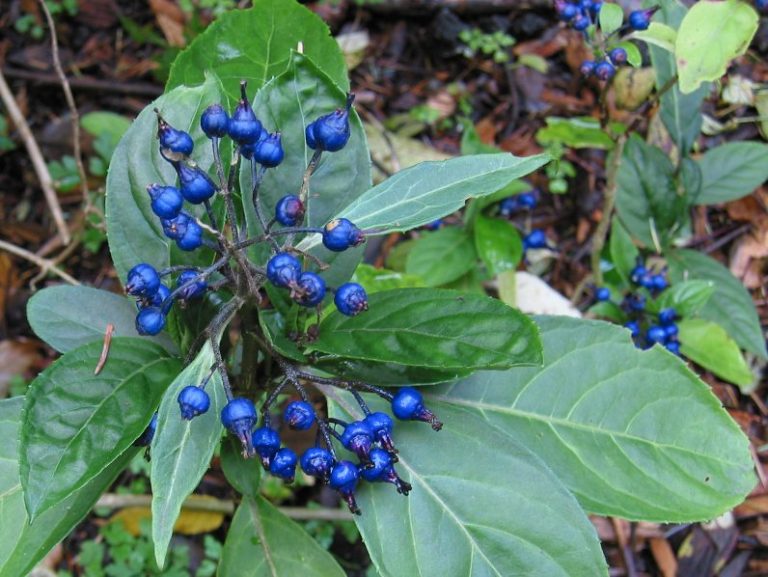 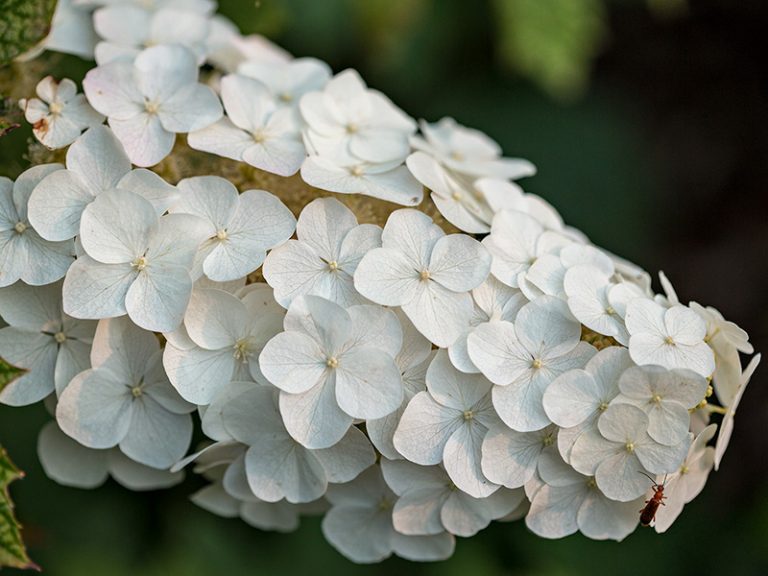 There are about a dozen species of climbers, three of which are evergreen. The climbers attach themselves to trees and walls by means of specialized, short, stem roots. These allow the plants to scale considerable heights. By far, the showiest are the deciduous species, and the top of the heap has got to be Hydrangea hydrangeoides (formerly Schizophragma hydrangeoides), which produces huge, flat-topped flower clusters encircled by large, creamy white flag sepals. There are several large plants throughout the David C. Lam Asian Garden, growing primarily up large grand fir (Abies grandis) trees. 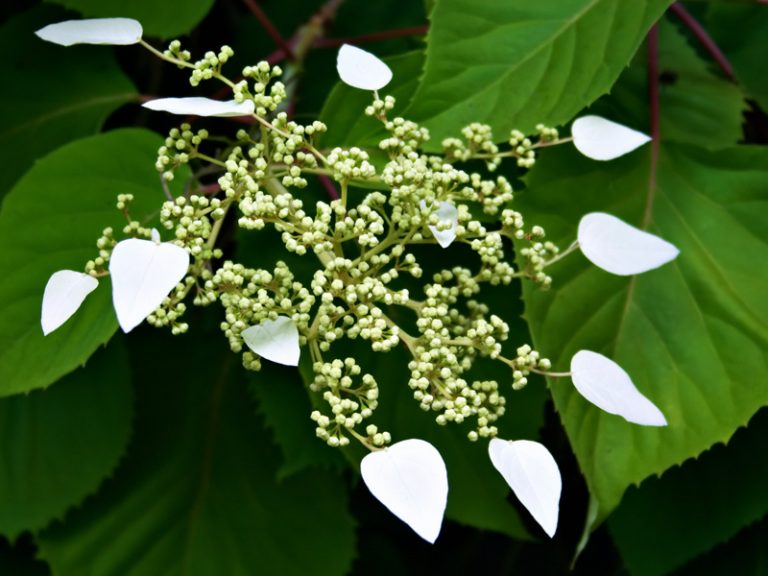 No discussion of hydrangea is complete without mentioning the ability of some hydrangea flowers to change colour. These changes depend on the ability of the plant to extract aluminum from the soil. When soil is neutral or has a high pH, aluminium (like most metal elements) remains chemically bound up in the soil, making it less available to plants. In some hydrangeas, when aluminium is in short supply, the flowers are pink or reddish. In acid pH soils, the flowers of those same hydrangeas will be blue, because aluminium is more freely available for uptake by the plants. This phenomenon is well characterized in the common hydrangea, H. macrophylla, but it also has a similar, though less pronounced, effect on some of the larger, fuzzy-leaved hydrangeas, like H. aspera and H. robusta. Our naturally acidic soils in the Asian Garden normally ensure that these flowers are blue.